Despite the many setbacks, Indian swimming at the top level appears now to have a youthful and promising look about it

With every lap he takes in a pool in Dubai, Srihari Nataraj becomes increasingly aware that he has to wake Indian swimming from its deep slumber. The 19-year-old from Bengaluru owns all three national records in backstroke and is currently the country’s brightest prospect in the sport. But India is a fledgling in world swimming: no Indian has ever made the ‘A’ qualification standard, which offers a confirmed berth for the Olympics. Those who made it to the Games earlier took the very unpredictable ‘B’ qualification route or went through the universality quota offered by the world body FINA to countries where no swimmer has made the qualification cut.

India has won just one gold in the Asian Games, which was bagged by Sachin Nag in the 100m freestyle at the inaugural edition in New Delhi in 195. Even bronze medals at the Asian Games are rare: two came from the last eight editions, the latest being Sandeep Sejwal’s bronze in the 2014 Asiad in Incheon, South Korea. So why is swimming doing so poorly in India?

“You can say it’s bad luck. At the Asian Games, we have China and Japan that are among the top four in the men’s section in the Olympics, and among the top five or six in the women’s section. And in most events, they figure in the finals at the Olympics,” says Wilson Cherian, once the country’s finest backstroke swimmer, who finished fourth in the 1982 Asian Games in New Delhi. “They are very good. When we compete against them at the Asiad, we only finish fifth or sixth,” he says. “And many countries, like Singapore and Korea, send their swimmers to the U.S. for training. Unlike India, swimming gets good support in these countries.”

The Commonwealth Games are tougher still. “In sports such as table tennis and badminton, getting a Commonwealth Games gold is easy. It is tough for Indian swimmers to win the Asiad gold because of the presence of countries like China, Japan and Korea; and in the Commonwealth Games, where we have Australia, England and South Africa, we don’t stand a chance,” says Cherian.

Indians are some 20 years behind the world’s best in the sport, says the Chennai-based former ace. “We are just reaching the 1990s standard when it comes to strokes and techniques. We are so far behind; even when we do the somersault for the turn, the gap is clearly apparent,” he says. “If you look at the 100m backstroke, the world champion [Xu Jiayu] is Chinese. The Japanese are also far ahead. Their strokes are very good, their technique much superior to us. They are just about the size of Indian swimmers but in technique, they are way ahead. They use technology to their advantage, their coaches are good and they also have foreign experts training them.”

Athletics and swimming are the two major disciplines in any multi-event games. The 2018 Asian Games in Jakarta spotlighted the stark difference between the two. While athletics got India its best-ever haul of 20 medals, including eight gold, swimming had nothing to show for itself in Jakarta. Swimming also happens to be among the last sports to have opened for training after the lockdown. Six months after they were sent out, swimmers returned to the pool only on October 15.

India sent three elite swimmers — Nataraj, Kushagra Rawat and Sajan Prakash — to Dubai towards the end of August for a two-month training camp organised by the Swimming Federation of India (SFI). “The feel of the water was very weird the first day, my arms managed okay but my legs felt different. It took a while to get the feel back,” says Nataraj on a call from Dubai.

The country stands to gain immensely from the youngster’s progress. And Cherian feels Nataraj could be the game-changer that Indian swimming is desperately looking for. “In my opinion, he is the only world-class swimmer in the country. If he focuses hard, he can create history, perhaps even become the first Indian swimmer to reach the final at the Olympics,” says Cherian.

“He is very talented and is almost 6’4”. And he has got strong legs. His strokes have a good reach and he is just 19. I feel he can make the Olympic ‘A’ qualification standard next year. If he works hard, he is capable of entering the Olympic final.”

Can he meet his exceptional goals?

“I usually have very high expectations of myself, soon I’ll meet them,” says the youth, who is coached by A.C. Jayarajan. Excelling at the highest level is all about the mind. “I wasn’t the fastest at Budapest (last year’s Junior Worlds). When I knew there are people who are faster than me, I knew I had to do something different,” says Nataraj. “It’s all in the mind and I knew I had it in me.”

Nataraj believes that a few good performances at the world level could transform the sport in the country. And those don’t seem too far away. “We do have some good talent, we have quite a few swimmers with a lot of potential,” says Nataraj, who spent the lockdown days attending clinics and reading to understand the science of his sport better. “If everything goes well, we have a shot at multiple medals at the 2022 Asian Games. I don’t see why we can’t race them [the Chinese and the Japanese]. The smartest swimmer will always have an edge over a swimmer who is strong. Gold should be possible unless Xu Jiayu [the 100m backstroke world champion and Olympic silver medallist] drops one second and breaks the world record.”

Only time will tell if Nataraj will reach his goal, but Indian swimming can certainly do with such confidence.

Distance specialist Advait Page, one of the six from the country to make the ‘B’ standard for next year’s Olympics, also believes that the long wait to make the ‘A’ cut could end in the next few months.

“After a long time, India can see swimmers making the ‘A’ cut. It may be the young or the experienced. Difficult to say when and how many, but before the Olympics in 2021, I’m optimistic about the elusive ‘A’ cut,” says Page, who now trains at the University of Florida, U.S., where he has some of the world’s best swimmers to inspire him. “When that happens, more young swimmers who are training hard will get motivated,” he says.

Monal Chokshi, the Secretary General of SFI, also feels that India could have two ‘A’ qualifiers for Tokyo. “Currently, [freestyle sprinter] Virdhawal Khade and Srihari are very close to ‘A’. But, honestly, it’s very difficult to say because swimmers who have made the ‘B’ cut were also out of training for about six months. For them to come back to form and then convert their ‘B’ to ‘A’ is not an easy task,” he says. “And we are two to three months behind other top countries in terms of resuming training. It is a setback, but we have time to make the cut.”

Three distance swimmers — Rawat, Page, Aryan Makhija and butterfly star Prakash — besides Khade and Nataraj, have made the ‘B’ qualification standard. “Kushagra Rawat (400, 800 and 1,500m) is the only swimmer with three ‘B’ cuts. But the ‘A’ qualification time for Kushagra and Advait in two events (800 and 1,500m) looks tough especially considering they have not been training for six months; the distance events require a lot of endurance capacity,” explains Chokshi. “The 100m backstroke is more like a sprint event. And I would say, as a federation, we would not like to jump the gun. Our best wishes are with all the boys.”

Despite the many setbacks, Indian swimming at the top level appears now to have a youthful and promising look about it. “If you look at last year’s under-18 world rankings, we had five boys in the top 100. These five have a long way to go and if they are good and if they continue to stay in competition for the next eight to 10 years, the future is very bright. Because, in swimming, the peak performance age at the world level is between 24 and 26 years,” said the SFI Secretary.

What is important is how they train going forward, over these two Olympic cycles, says Choksi. As for the women, they have not yet made a major contribution at the world level; even the Olympic ‘B’ qualifiers are only boys right now, says Choksi.

“But we have some very good swimmers in the girls category, also in the under-18 group, including Ridhima V. Kumar, Apeksha Fernandes, Shivangi Sarma and Bhavya Sachdeva — so we are hopeful. What will be important is how we are going to work with them in the next four to eight years.”

There is one missing ingredient in the sport, says Choksi, which is perhaps why the swimmers lag behind their counterparts other Asian countries. “It is not about what has been stopping them actually because our swimmers have been consistently getting faster. What has been missing is a sports science element in their training,” he says.

“We have good coaches in India, but we need to systematically leverage sports science. We must also give them much more international exposure.” Moving forward, that is an area the SFI will be looking at, bringing in world-class sports science support for the top athletes.

Our swimmers deserve all this and more. 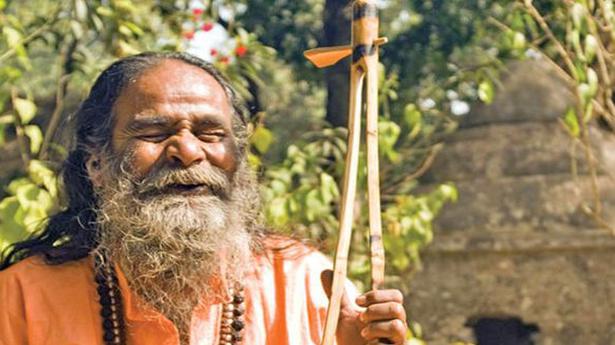 Training centre for Secretariat staff in every parliamentary constituency

One thought on “India lags behind in swimming, but a few young stars are training hard to make it to the Olympics”

Amazon used the event to launch many unrelated products including Trainium, which targets Nvidia Corp’s core business of powerful chips