There always existed a controversy regarding the sex ratio (at birth, SRB) imbalance in India. Reports show that Punjab has sown an early elevation in the masculinity ratio post-1980, probably due to the sex-selective abortion practices. However, in the same period, the emergence of parental sex selection also influenced the sex ratio imbalances. Thus, the sex ratio and the induced imbalances depend heavily on our country’s geographical location 6.8 million females would have taken birth in India (2017-2030, predicted) if measures such as sex-selective abortions had been eliminated.

Many of us think that perhaps India is the only country that records a skewed sex ratio at birth.  Countries like Liechtenstein (126 males/100 females), China (115 males/100 females), and Armenia (113 males/100 females) also record similar skewness. However, with the rate at which India’s population is evolving, India’s current sex ratio (112 males/100 females) should part even further. Indeed, the desire of wanting ‘son’ that tethers the sex-selective abortion practices is primarily responsible for the imbalances. However, there is even more to it. Prenatal ultrasonography for sex determination costs $2.6 in China and $150 in India, making the technology accessible. I have seen families saving money by fasting to get to know the sex of her child, which is a grave concern. The weak law enforcement catalyzes females to get ultrasonography quickly done.

Although with the figures shown, it looks like India is not topping the chart, the appearance of the skewness appeared way before India than incepted other countries. In 1970, when India recorded five children per woman, the sex ratio began to drift, raising questions on the sex’s selectivity. However, most of the data ( especially before 1980) lacked a reinforced birth registration system, questioning the reliability of the data.  Even today, we depend on only the Sample Registration System and the Demographic Health Surveys, which is often a limitation.  The sample size here plays a crucial role, and hence the sex ratio registered in each state and union state is associated with uncertainties when contrasted with the national data. To address the anomaly, Dr. Chao’s research group reported a hierarchical model to develop a ‘state-specific SRB projections’ from 2017 to 2030. The model used 98% of India’s population and predicted that the highest sex ratio differences occur in Uttar Pradesh. Places such as Sikar in Rajasthan had the worst sex ratio of 888 girls born per 1000 boys. The government recently launched a scheme where a girl’s name shall be engraved on the house’s nameplate to show that a girl holds equal importance as a boy. On the other instance, in Uttarakhand (Uttarkashi district), 947 children were born across 500 villages, and 132 villages reported no female child.

Well, targeted policies, law amendments, and campaigns play an essential role that drives the sex ratio. However, the bigger problem is people’s realization and conscience. I wonder when people shall comprehend that a child is ‘child’ and not a boy or a girl. In 2015, the child development department revealed that 2000 girls are killed every day just for families’ preference for their son. India should understand that the unbalanced sex ratio is much graver than an actor who committed suicide. Awareness is also an issue as everyone got to know that an actor committed suicide, but how many of them know that our sex ratio is skewed?

I hope that things shall eventually shape up slowly with the Beti Bachao, Beti Padhao” (Save Daughters, Educate Daughters) program. However, we, as citizens, should raise voice against the sex-selective abortion practices. It sad that every hour we post elaborative tweets and posts on ‘Kangana Ranaut, Rhea Chakraborty, and Sushant Singh Rajput.’, but nothing about the 2000 girls killed every day.

India shall transform when Indians shall eventually alter their preferences. 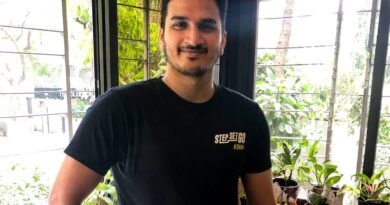 What is the recipe for sustaining a business for a start-up amid Covid-19?

Phase lockdowns out, give more cash to poor

He also prayed that displaced Kashmiri pandits return to their homes as soon as possible. Former Jammu and Kashmir chief