Srikakulam Revenue Divisional Officer I. Kishore instructed all industries in the district to ready an on-site emergency plan and a local emergency plan to handle crises and fire accidents.

Mr. Kishore held an emergency meeting here on Friday with all industrial houses, including pharmaceutical companies, which are part of the Srikakulam Industrial Safety and Security Council. He suggested them to hold mock drills every once in six months to assess staff preparedness in discharging their responsibilities during an emergency.

Inspector of Factories P. Chinna Rao requested industry representatives to involve locals in surrounding areas in their mock drills and other safety activities so that they would also be able to respond quickly in the event of a fire accident or other mishaps.

Aurobindo Pharma Limited senior general manager N.R. Rajreddy (Administration-CSR) said that the firm was giving utmost priority to safety norms, at par with the standards suggested by the Inspector of Factories and Fire Safety Department. Nagarjuna Agrichem Limited vice-president C.V. Rajulu and Dr. Reddy’s Labs’ senior executive K.V.S.N. Raju sought establishment of a common emergency centre in the Pydibhimavaram industrial zone which would prove to be useful in case of an emergency. 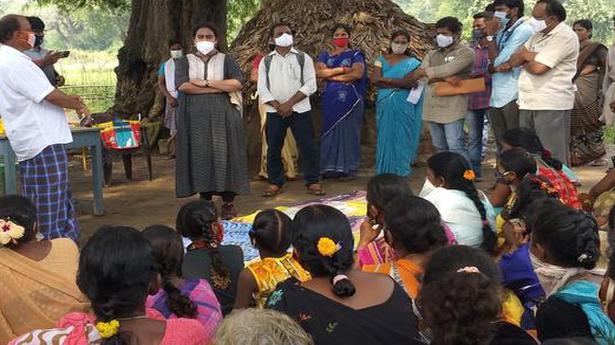