The police and Women Development and Child Welfare (WD&CW) are trying to trace a mother, who delivered a newborn in the bushes and abandoned the female baby in Unagatla village in West Godavari district.

The infant was mauled to death by street dogs few days ago. Villagers spotted the dogs carrying the baby and running away. When the locals chased, the canines escaped, leaving the baby.

“We alerted the WD&CW, Police, Village Revenue Officer (VRO) and the Gram Secretariat staff who rushed to the spot and observed that the baby was dead. Police shifted the body to the government hospital for post-mortem,” said Unagtla woman protection secretary Achanta Gayatri on Thursday.

Anganwadi teacher I. Santha Kumari, domestic help M. Susheela and VRO B. Bhagya Lakshmi enquired about the incident with the villagers, who feigned ignorance.

Doctors observed that no injuries were found on the body of the newborn baby, except the bites of the dog. The post-mortem report is awaited, said Samisragudem Child Development Project Officer (CDPO) M. Asha Rohini.

“A shop owner, P. Hanumantha Rao noticed the dog trotting near Unagatla centre, with the infant in its mouth, and screamed for help. The shocked residents raised an alarm and the dog fled leaving the baby. We don’t know whether the infant was alive or dead when the dog caught the baby,” the CDPO said.

“We are also enquiring whether any pregnant woman visited the village in the recent past. Instructions have been given to enquire the auto drivers in Unagatla and the nearby villages to trace the mother,” the PD said.

Superintendent of Police K. Narayana Naik said a case under Section 174 CrPc (Suspicious Death) has been registered on the death of the infant, and investigation is under progress.

Over 15,000 devotees pray at SKML temple on first Thursday of Margasira month 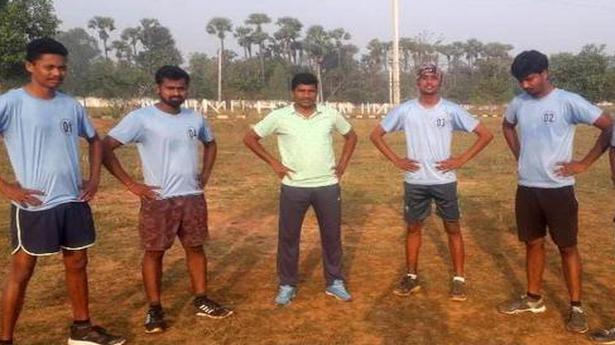 Constable by day, teacher by night