Matter of concern that a State conducted polls inside another’s boundary: Pradhan

A day after Andhra Pradesh held an election in a disputed region in Odisha’s Koraput district, Union Petroleum Minister Dharmendra Pradhan on Sunday said it was a matter of concern that a State had conducted panchayat elections inside another State’s geographical boundary.

“It may be Andhra Pradesh or any other States, the interstate-State boundary dispute is creating bad blood. If the Odisha government does not take step in time to resolve the issue, we may have to face problem,” Mr. Pradhan said on Twitter.

“The government has taken legal steps. I hope the government takes it to logical end. The administrations need to strengthen development projects and government services,” he said.

A unified effort of all political parties, social organisations and individuals would help strengthen the bond with people living in border villages, said the Union Minister.

While Mr. Pradhan appeared more moderate in his attack on the issue, his party did not spare the Naveen Patnaik government.

“At a time when the Supreme Court has ordered a status quo in the Kotia Gram Panchayat, Andhra Pradesh has held elections for the first time, defying the apex court’s order. The Odisha government could not stop the neighbouring State from doing so,” said Sameer Mohanty, president of Odisha Bharatiya Janata Party (BJP).

Mr. Mohanty said, “When the illegal election was supervised by Andhra Pradesh government officials, Odisha government’s officials did not even visit the place. While people who worked under the Mahatma Gandhi National Rural Employment Guarantee Act in Kotia gram panchayat have not received their wages for the past three years, Andhra Pradesh came forward to provide electricity. Villagers are more attracted towards A.P.” 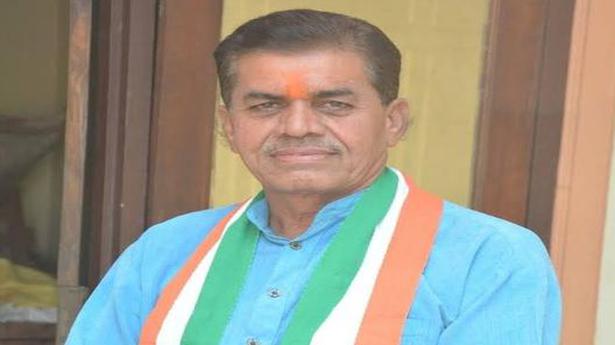