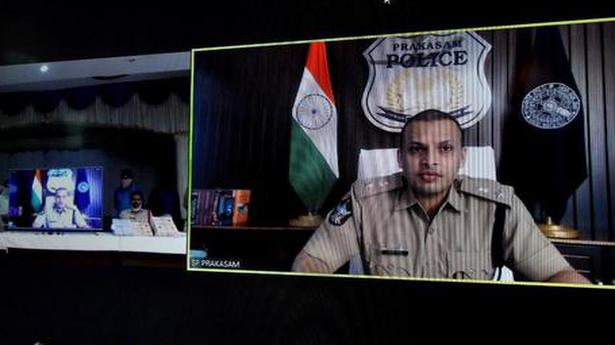 Addressing mediapersons through a video conferencing platform along with the personnel from three police station limits, Superintendent of Police Siddharth Kaushal said one Srinivasa Rao floated Jawaharlal Nehru Technical Centre(JNTC) in Visakhapatnam in 2017. The person, who had worked as a sales executive for various companies in Vijayawada, Hyderabad and Kochi in the past, claimed to have got clearance from the Union Government for giving certificates and made a fast buck by creating a website and luring gullible youth.

Over a period Srinivasa Rao, his wife Sujatha and five others opened 115 branches across the State and issued fake certificates to 1,855 persons collecting sums ranging between ₹2,000 to ₹5,000 for each certificate.

Police booked a case under IPC sections 420, 471, 120(b) read with 34 IPC at Yaddanapudi, Ongole Taluka and Yerragondapalem police stations and began a probe which revealed that their unit had opened branches in nine States and issued 2,619 certificates for over 500 courses.

Based on information provided by the Inkollu Inspector, his counterparts in Ongole Taluka and Yerragondapalem police station limits seized fake certificates from the accomplices of Srinivasa Rao. A detailed probe would be taken to unravel the racket in full, the SP said.