Chidambaram says State govt. has to explain where are funds for sops, schemes coming from now

With election to the Legislative Assembly fast approaching, it was not fair on the part of the AIADMK government to present a full-fledged budget, said senior Congress leader and former Finance Minister P. Chidambaram here on Sunday.

Speaking at a booth committee meeting of Congress workers, he said the AIADMK government had remained in ‘silent’ mode for four years and nine months. Now, at the fag end of its tenure, Chief Minister Edappadi K. Palaniswami had been announcing schemes after schemes and waiving loans and offering sops.

The government had to explain where were the funds coming from. It looked like the entire exercise was being done with the elections in mind, Mr. Chidambaram said, adding as per tradition, the government should present an interim budget ahead of election and the new government alone would present a full-fledged budget.

There were reports that the AIADMK government had planned to present the budget in the Assembly session prior to the election. In such an event, the opposition would strongly oppose, he warned.

Taking a dig at the Centre and Prime Minister Narendra Modi, he said there was no tangible allocation of funds for Tamil Nadu in the Union Budget. However, the Central government had chosen to allocate funds for Tamil Nadu and Kerala, which faced elections this year. “The nation’s economy was going down over the last two years. The government neither has the tactfulness nor the brains to set it right,” he charged.

When there were issues and differences of opinion reported between Mr. Palaniswami and Deputy Chief Minister O. Panneerselvam, a third player (AMMK leader T.T.V. Dhinakaran) was trying to create confusion in the AIADMK. With the election dates drawing closer, the confusion in the ruling party was set to increase as they all (different camps) might claim the rights over the portrait of former Chief Minister Jayalalithaa. In such an event, the Congress combine would sweep the polls, he said. 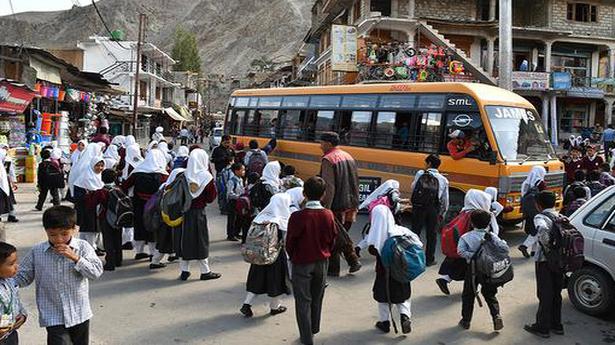 Union Budget 2021 | Central university to come up in Ladakh