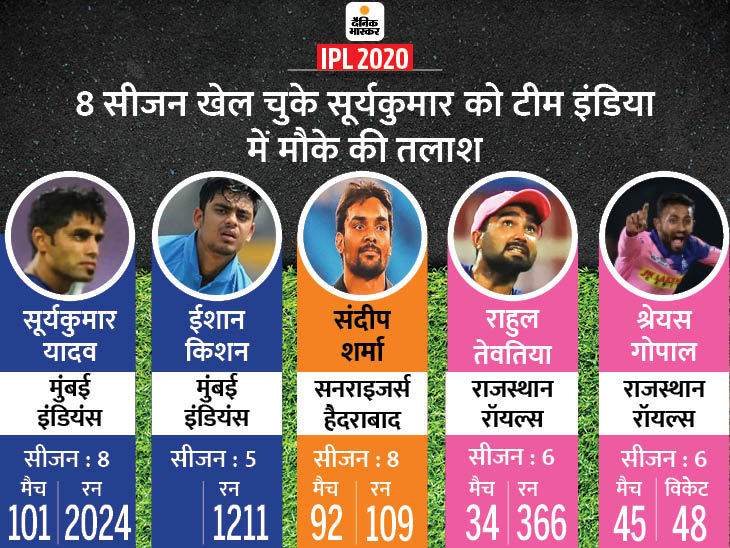 In the 13th season of the IPL, Uncapped players outpaced the Giants with their performance. Suryakumar Yadav and Ishaan Kishan then won many matches for Mumbai on their own. At the same time, fast bowler Sandeep Sharma has dismissed veteran batsman Virat Kohli for a record 7 times in IPL. Many of these players are those who played 5 or more seasons and were not selected in Team India despite good performance.

Suryakumar Yadav scored more than 400 runs in 3 consecutive seasons
30-year-old Suryakumar Yadav has played 8 seasons in the league. He was bought by Mumbai Indians in 2012, but he could not make it to the team due to legends like Sachin Tendulkar, Rohit Sharma and Kieron Pollard. He was then bought by Kolkata Knight Riders in 2014. He was highlighted for the first time in the IPL in 2015, when he scored 46 runs in a match-winning 20-ball match against Mumbai while playing with KKR. 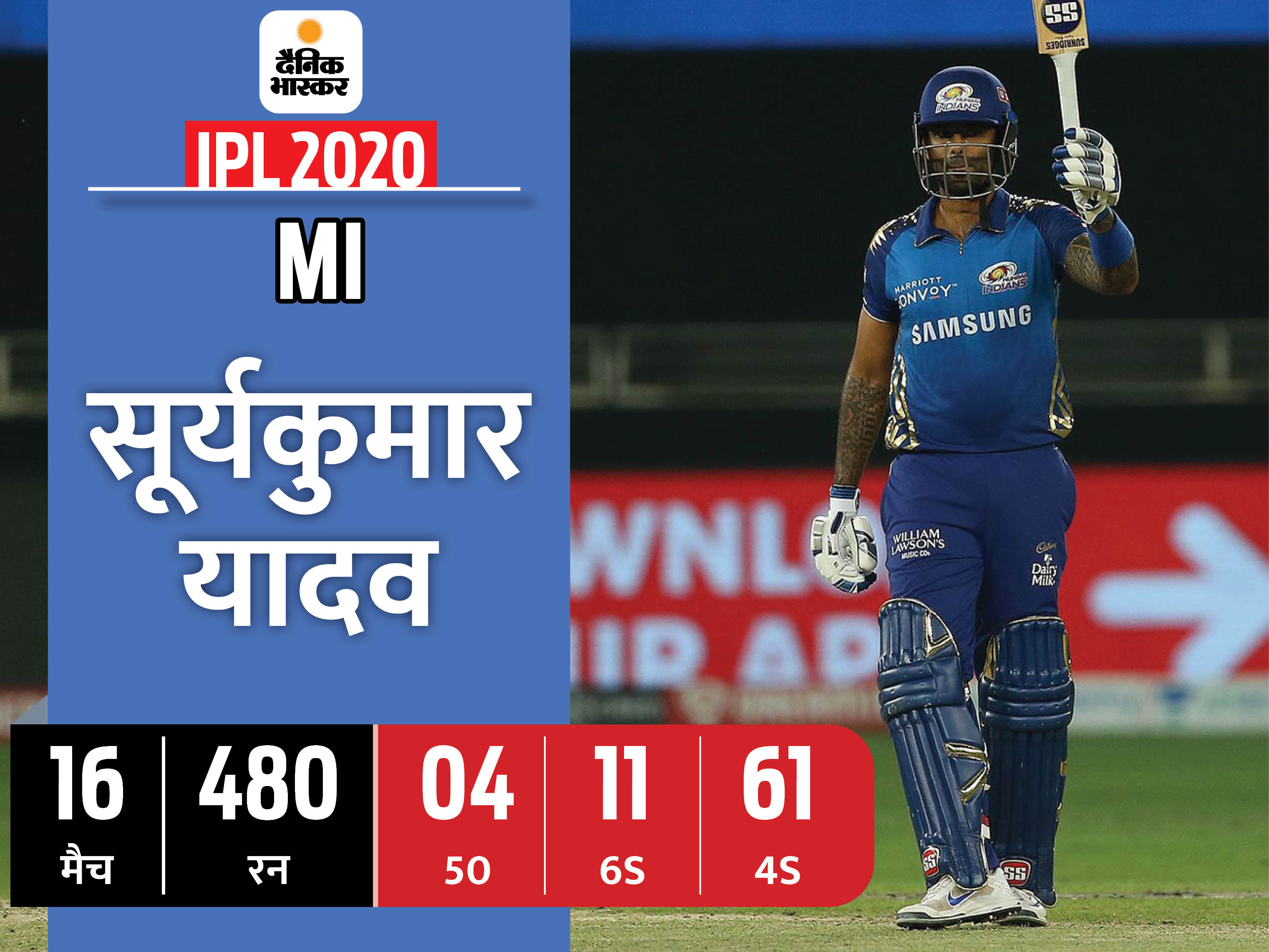 22-year-old Ishaan Kishan was Mumbai’s leading scorer
22-year-old Ishaan Kishan became the highest batsman to score 516 runs for Mumbai Indians, becoming IPL champion for the second time in a row. He also hit the most 30 sixes in the tournament. He was first bought by Gujarat Lions in the 2016 IPL. He played for 2 consecutive seasons with this team. Playing with the Gujraj Lions, he scored 319 runs in 16 matches at an average of 18.

Ishaan was bought by Mumbai in 2018. Could not do anything special for MI in first 2 seasons. Scored 376 runs in 21 matches in 2019 and 2020. Rohit once again expressed confidence in him this season and he proved to be the lead scorer of the team. This season, he scored 526 runs in 14 matches at an average of 57.33. He also became the highest sixes batsman of the season with 30 sixes. He impressed the big stalwarts with his shot selection and timing. 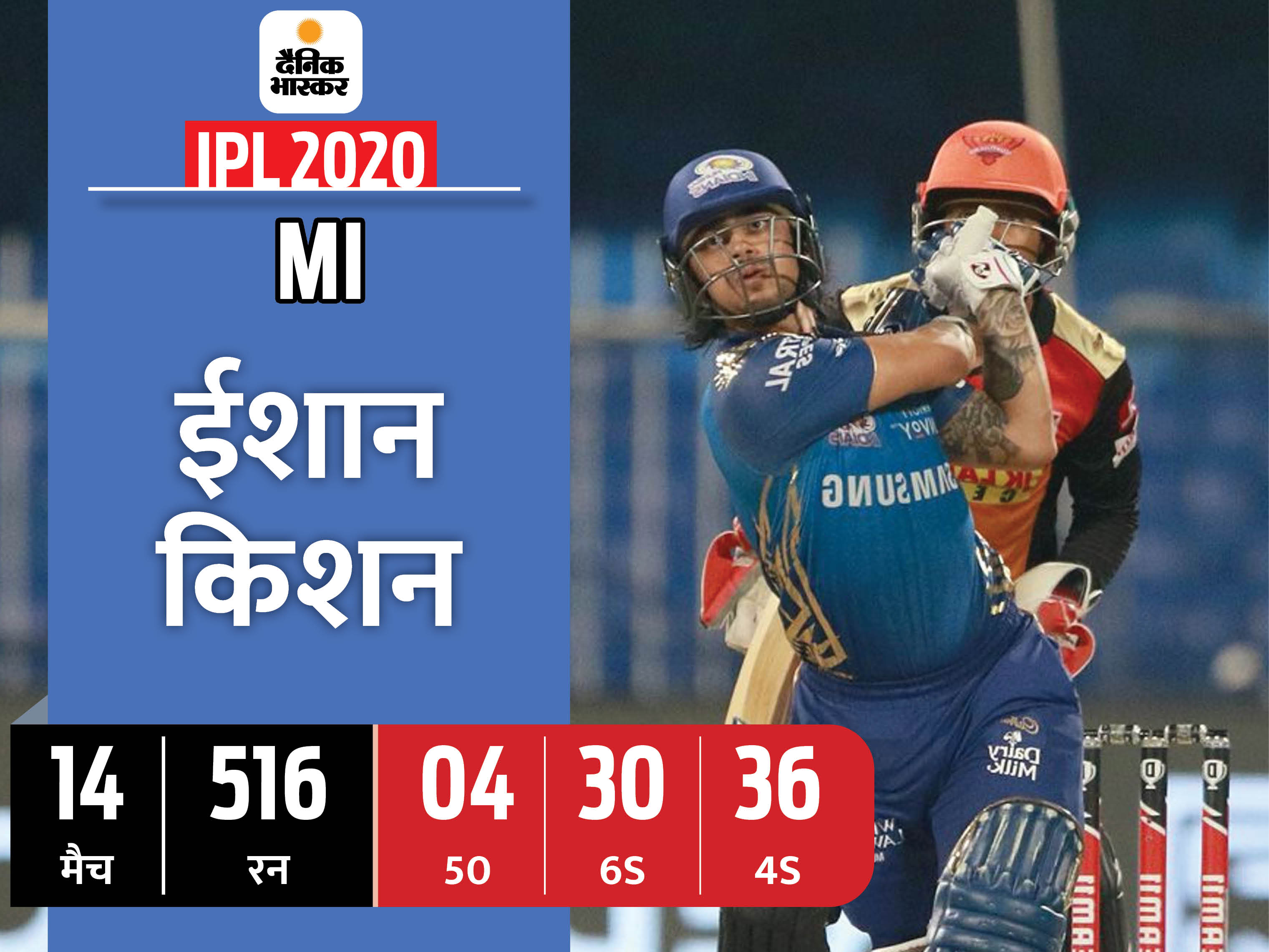 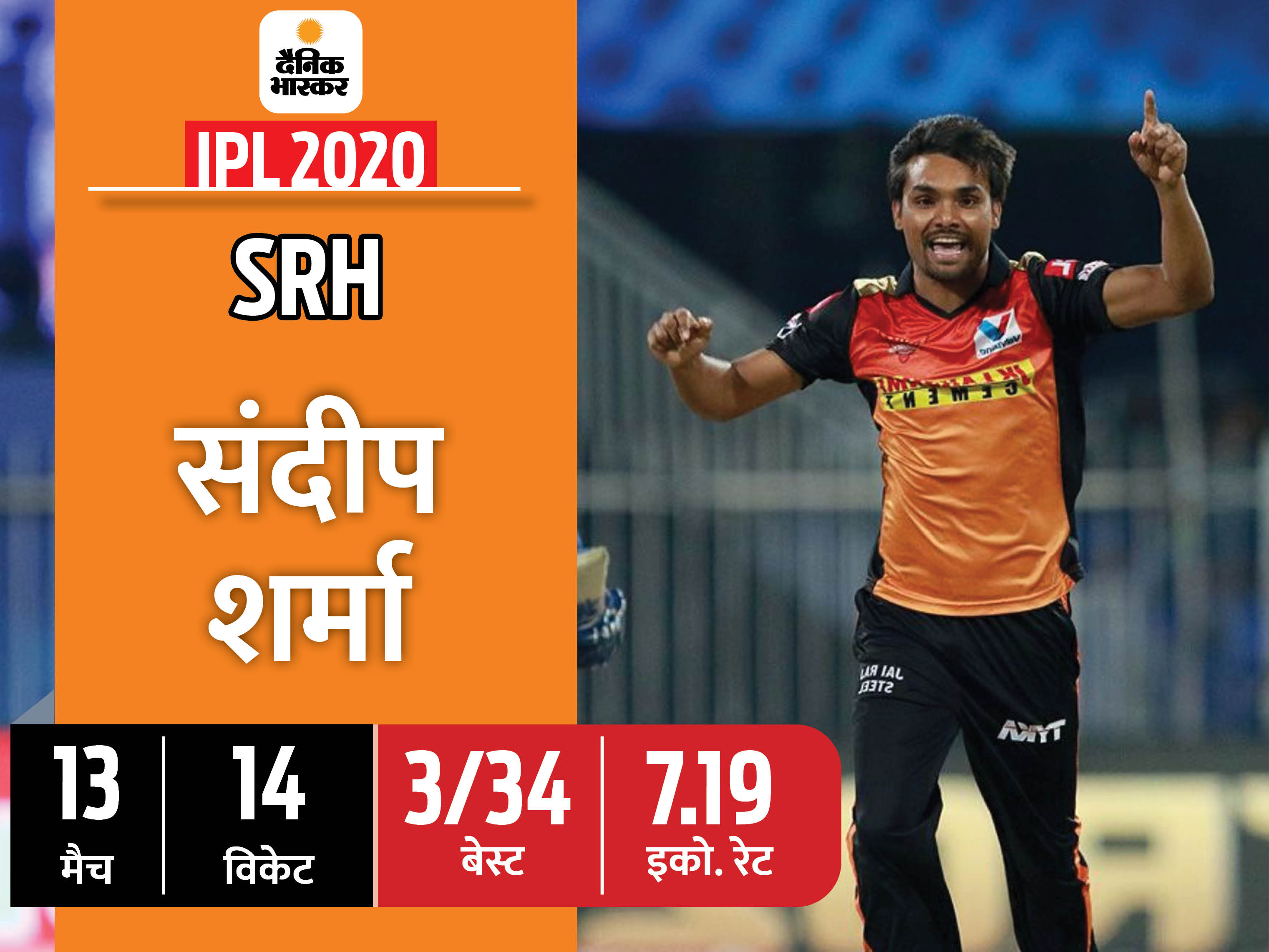 Rahul Tewatia’s strike rate in Death Overs ranks in top-5
This season, an uncapped player has impressed the most with his all-round performance, that is Rahul Tewatia of Rajasthan Royals. He made his IPL debut in 2014 with Rajasthan Royals. He was bought by Kings XI Punjab in 2017 after playing for two seasons (just 4 matches) from Rajasthan. This season too he got only 3 matches to play. After this, he was bought by Rajasthan once again in 2018.

In 2018 and 2019 he did nothing special. But this season, he got the chance right when he got a chance. He scored 255 runs in 14 matches at an average of 42.50 and a strike rate of 139.34. He also took 10 wickets. With his power heating ability, he won 2 matches on his own in Death Overs. He also equaled Chris Gayle’s record for most sixes in an over in the IPL. His economy at Bowling was 7.08. His best performance was 3 wickets for 25 runs. 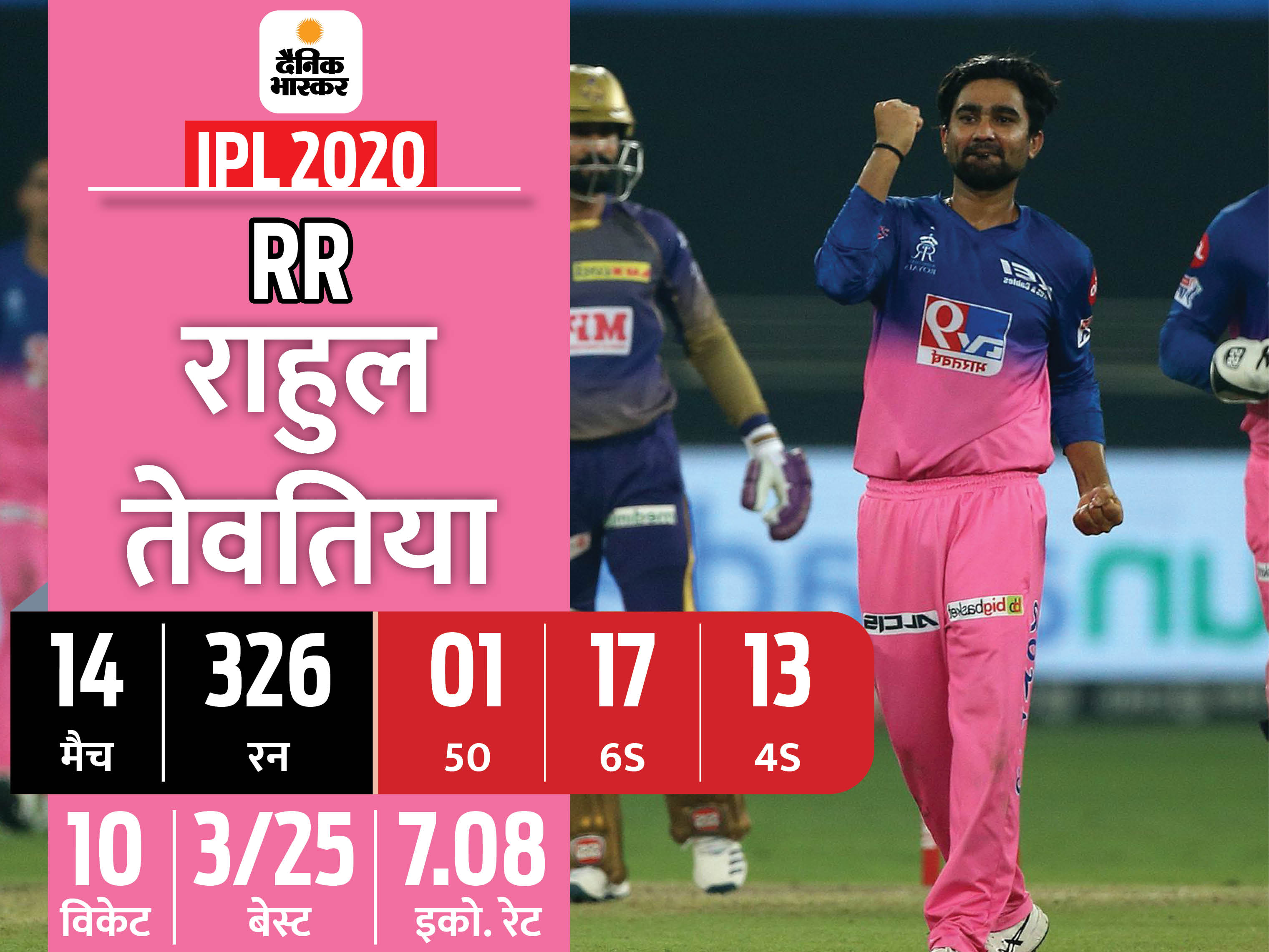 Shreyas Gopal took more than 10 wickets in 2 consecutive seasons
Shreyas Gopal, who played Rajasthan Royals in the IPL, made his league debut in 2014 with Mumbai Indians. He proved to be a promising player in the first season itself. He took 8 wickets in 4 matches at an average of 18.83. However, after this, the Mumbai team did not play any special matches in the next 2 seasons. He was bought by Rajasthan Royals in 2018.

Playing in Rajasthan in the 2018 IPL, he took 11 wickets in 11 matches at an economy rate of 7.61 and an average of 21.45 and became the second highest wicket taker in the team. At the same time, in 2019, he has an economy of 7.22 in 14 matches and 20 wickets at an average of 17.35. He was the leading wicket taker of Rajasthan in 2019. At the same time, he was also named in the top-5 bowlers of the tournament. In 2020 he took 10 wickets. The most important thing about his bowling is that he can bowl in the power-play as well as middle and death overs. 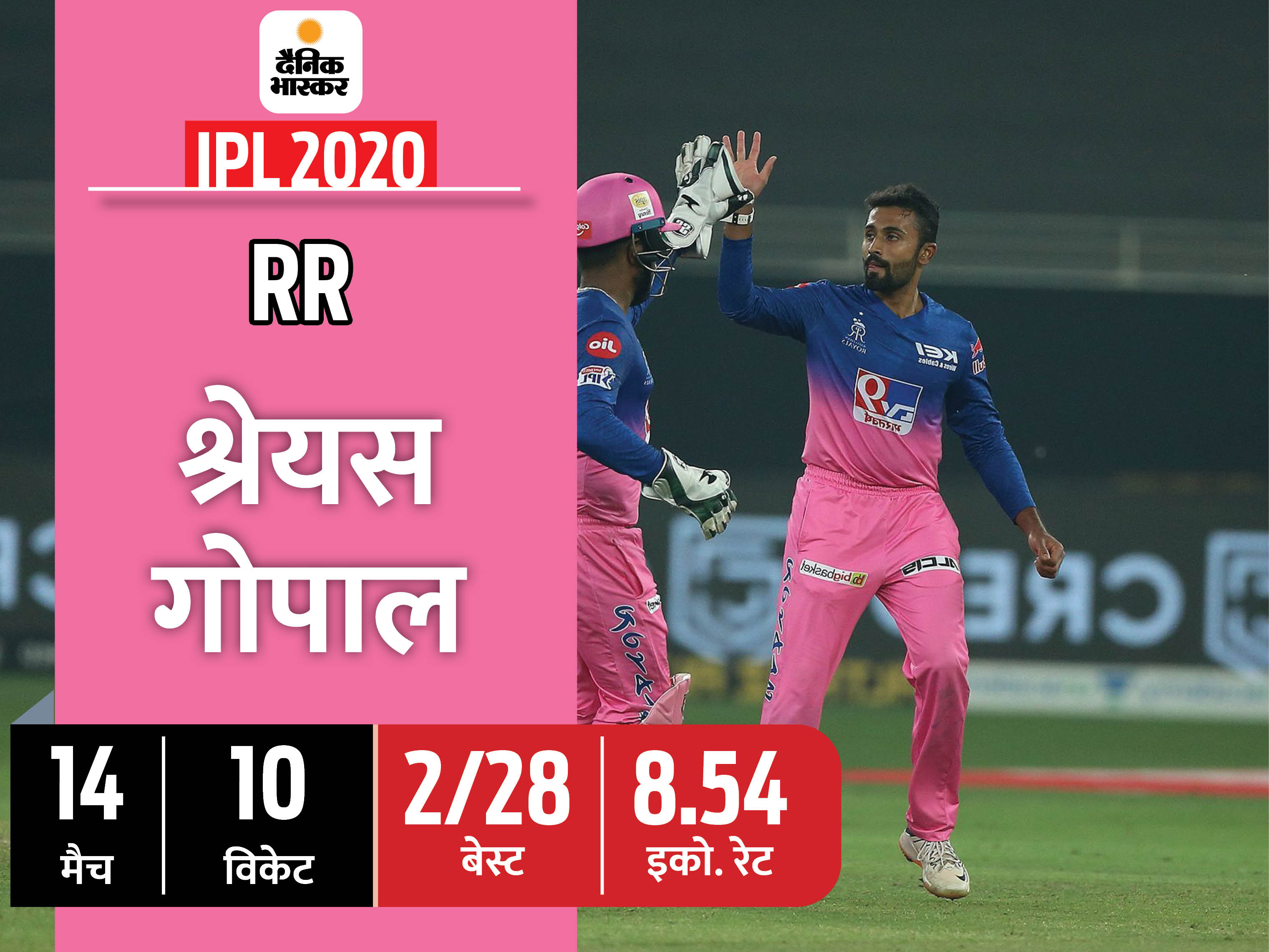 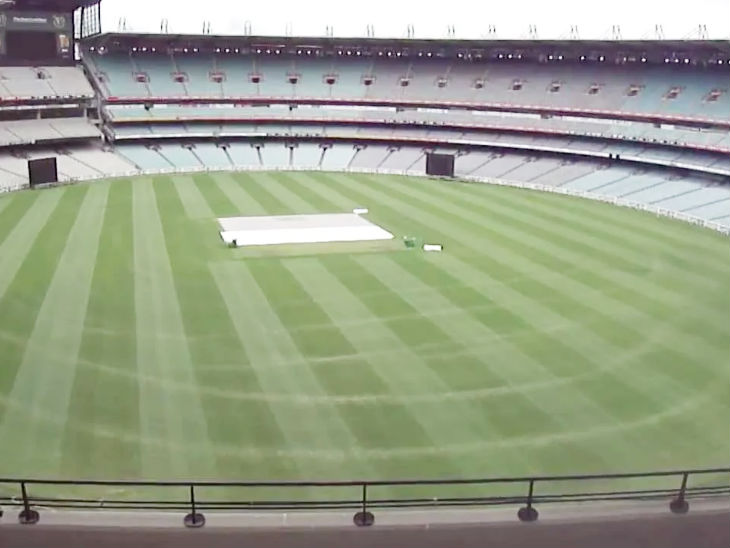 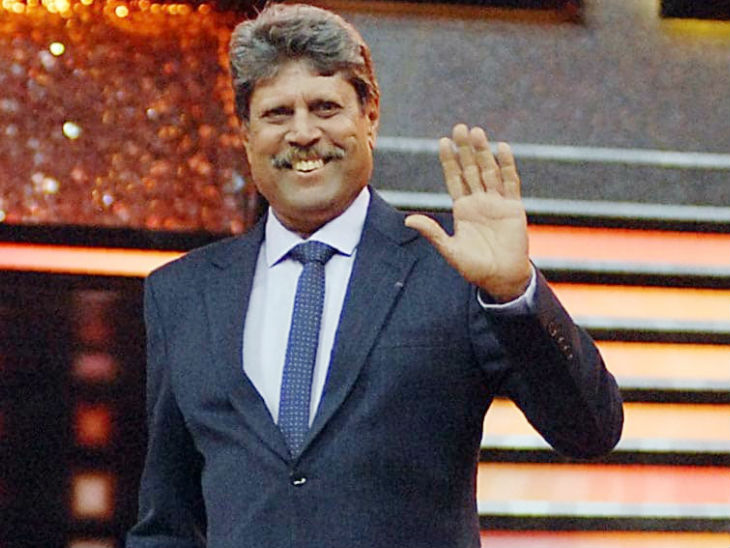 Kapil said on split captivity: said- a company cannot have 2 CEOs and a team cannot have 2 captains, there can be rift among players 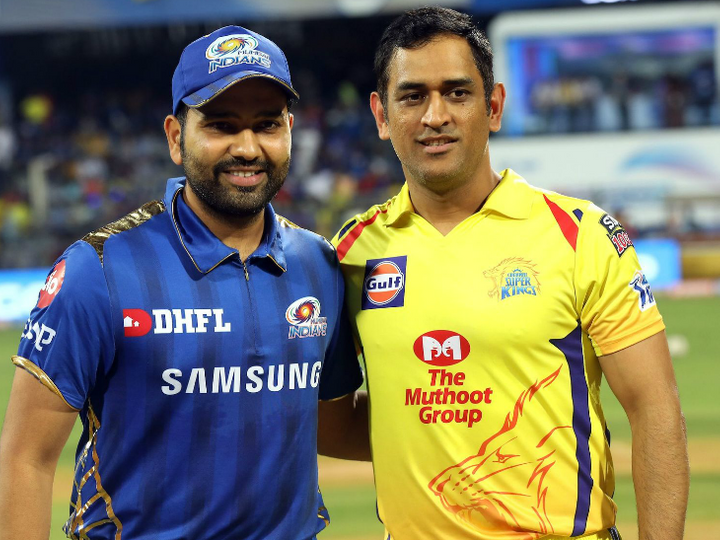 IPL 2020 Schedule | Mumbai Indians vs Chennai Super Kings Head to Head Opening Match Record in Ipl history | The first match will be between Mumbai and Chennai for the fourth time in 13 seasons, Mumbai will be the team to play the maximum 7 opening matches.