The Rajasthan Anti-Corruption Bureau on Tuesday arrested IPS officer Manish Agarwal on charges of corruption during his tenure as SP in Dausa. Mr. Agarwal’s house was raided after his arrest and he was being interrogated by a team of officers.

Mr. Agarwal’s name cropped up in a case in which a petrol pump owner, Neeraj Meena, was arrested from Dausa for allegedly demanding ₹38 lakh as bribe from a highway construction firm on behalf of the officer. Mr. Agarwal was posted as SP in Dausa from July 6, 2020 to January 6, 2021.

A 2010-batch IPS officer, Mr. Agarwal is the Commandant of the State Disaster Response Force in Jaipur. The firm’s owner had made a complaint to the ACB about the demand for bribe by the district administration and police officers for facilitating completion of construction of a highway in Dausa.

ACB DGP B.L. Soni said here a fixed amount of ₹4 lakh per month as “extortion money” for seven months and ₹10 lakh for hushing up an FIR were demanded by the middleman on behalf of Mr. Agarwal. The IPS officer’s role was probed and he was booked under the Prevention of Corruption Act after the arrest of Neeraj Meena.

The ACB had on January 13 arrested the Sub-Divisional Magistrates of Dausa and Bandikui on charges of demanding and accepting the bribe from the same construction firm. 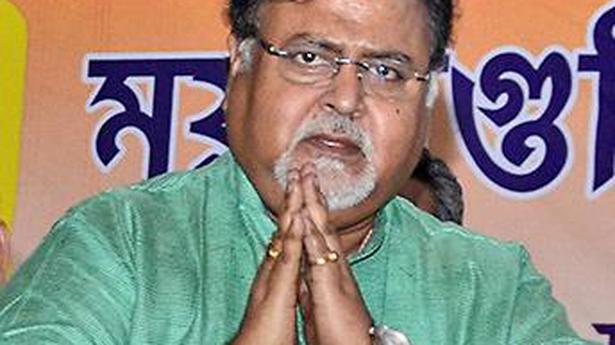