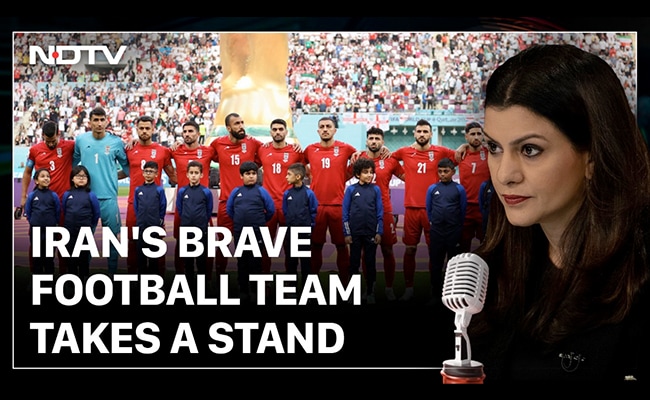 Before we begin, take a look at this picture. It was an incredible sight this week as players of Iran’s football team refused to sing the national anthem before their opening match against England at the FIFA World Cup in Qatar. This was in solidarity with protesters back home. As the music played, the team just stood there in silence, making a powerful statement to the rest of the world.

Over the weekend, defender Ehsan Hajsafi became the first Iranian player at the World Cup to publicly speak out in support of the protests saying that, “they should know that we are with them and that we support them and that we sympathize with them regarding the conditions.”

It is indeed very brave of the team to take this very public stand, and it is not yet known what consequences they will face back home for this. Iran’s beach football, water polo and basketball teams have also recently refused to sing the national anthem. Iranian fans in Qatar also signaled support for protesters back home, wearing T-shirts saying ‘Women Life Freedom’, which is the popular chant of the movement that has arisen since the death of a young woman in September. At least 419 protesters have been killed since September, including 60 children and more than 17,000 people arrested, according to the Iranian Human Rights Activists News Agency’s latest statistics. So what are the protests really about?

Well, widespread anti-government demonstrations have rocked Iran for the last two months after the death of 22-year-old Mahsa Amini, a young woman who allegedly died in police custody after she was arrested for wearing her hijab improperly. Iran’s morality laws require women to cover their heads and to dress modestly. Initially, the police claim that Amini had a sudden heart attack and collapsed. They released a video of her in the hospital in a coma with bruises on her face and blood dripping from her ear. But this, in turn provoked huge fury and was the spark that led to the massive protests that the country is seeing today. Initially led by women, the protests have now grown into the most significant anti-government demonstrations the regime has faced since it came to power in the 1979 Islamic Revolution. We’ve seen incredible footage of Iranian women taking off their headscarves in protest, cutting their hair. Women, men, people of all ages have now come together in this cause, prompting security forces to crack down even harder. Hundreds of people have died, as we said.

Iran though, has a very interesting and complicated history with the veil. In 1936, Reza Shah Pahlavi the father of the Shah deposed in 1979 banned the veil in public. So women were actually not allowed to wear it because he was trying to westernize Iran. Many conservative religious women therefore remain confined to their homes. The law did not last, however, and was scrapped a few years later. However, the hijab became the symbol of Iran’s national identity with that and after the 1979 revolution, it again took center stage in Iranian politics, now as a symbol of the new government’s Islamic identity.

Women in Iran have opposed forced veiling for years and ironically making it compulsory actually enabled a lot of women to go to school, which in turn opened their eyes to the inequalities they were facing. Amini’s killing has therefore only ignited a spark that already existed.

This week, the UN’s top human rights body is meeting to consider launching an international investigation into the deadly crackdown on the mass protests rocking Iran. During Thursday’s session, diplomats will consider a draft resolution presented by Germany and Iceland, calling on the council to create a high level international investigation to probe all alleged violations connected with the protests. The so-called Independent International Fact-Finding Mission should include the gender dimensions of such violations in its investigations, according to the text. The draft text also calls on Tehran to cooperate fully with investigators who it said should present a full report in March of 2024

One-Year-Old Dies Due To Measles In Mumbai, 10 Deaths This Year 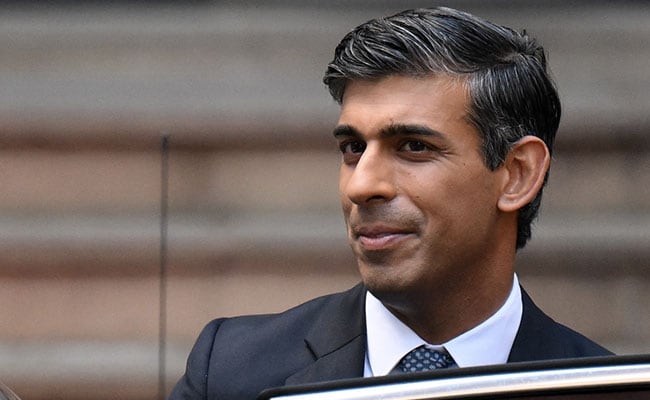