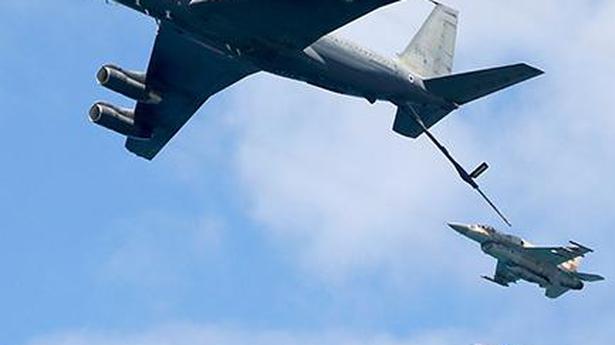 The Observatory said all the fighters killed were non-Arab “pro-government” forces, but it said it could not determine if they were Afghan, Pakistani or Iranian.

“Syrian air defences intercepted a sizable number of the missiles, but many hit their targets and caused material damage,” added the monitor, which relies on a network of sources inside Syria for its reports.

The attack began shortly after midnight and lasted for nearly half an hour, it said.

Syrian state media also reported the strikes, but said that air defences had intercepted “most” of the missiles.

An Israeli army spokesperson said, “We cannot comment on these reports.”

Since the outbreak of Syria’s civil war in 2011, Israel has routinely carried out raids in the country, mostly targeting Iranian forces and Lebanese Hezbollah fighters as well as government troops.

Israel rarely confirms strikes in Syria, but the Jewish state’s Army said it hit about 50 targets in the war-torn country in 2020, without providing details. It has consistently vowed to prevent its arch-enemy Iran from gaining a foothold in Syria.

On Sunday, the Israeli Army started a four-day drill along its northern border with Lebanon, a country with which it is still technically at war.

The “surprise exercise” was “designed to improve Air Force readiness for combat” in the border region, the army said in a statement.

During the exercise, which will end on Wednesday, Israeli “aircraft, jets and helicopter traffic will be felt across the country, and a number of explosions may be heard in northern Israel”, it added. Contributors to growth of Telugu felicitated