Samyukta Kisan Morcha Andhra Pradesh unit convenor Vadde Sobhanadreeswara Rao on Wednesday demanded that both the ruling YSRCP and the main opposition Telugu Desam Party (TDP) in the State to back the ongoing agitation by the SKM to press for the repeal of the three controversial farm laws and statutory backing for the Minimum Support Price (MSP) regime.

Disputing the contention that the three farm laws were beneficial to small and marginal farmers, the former Agriculture Minister feared at a meeting convened by SKM Prakasam District Convenor Ch. Ranga Rao that a majority of the farmers who have less than 0.1 hectare of land in the country would be forced to join the ranks of farm workers in the wake of the enactment of the three pieces of ‘corporate-friendly’ legislation which dismantled the well-regulated agricultural markets, giving scope for hoarding and profiteering by big agri-marketing companies.

The opposition TDP should also back the Bharat Bandh called on September 27 by the SKM if its president N. Chandrababu Naidu was sincere in espousing the cause of farmers, he said.

Accusing the Centre of pursuing ‘crony capitalism’, he said all sections of people should come together to throw the BJP out of power in 2024 as the party-led NDA government had sold away the prime national assets at a throwaway price to a select group of companies and made the lives of common people miserable by imposing a heavy taxes.

“It is unfortunate that the YSRCP government is implementing the electricity reforms mooted by the Centre and burdening the commoners with ‘true-up’ electricity charges at a time when several States had turned down the proposals. Where is the need for metering of farm pumpsets if the government is committed to free power supply to farmers?” he asked.

All India Kisan Sabha national Vice-President R.Venkaiah said the farmers’ movement had got strengthened with labourers and other sections of people joining the struggle.

Andhra Pradesh Rythu Sangam State president Y. Kesava Rao reasoned, “There is no rhyme or reason for the parties in the State including the Jana Sena Party to back the BJP which has ditched the people by reneging on the promises made at the time of State bifurcation including Special Category Status.”

All India Khet Mazdoor Union State general secretary Ch. Venkateswarlu underscored the need for broad-basing the movement further up to the grassroots level bringing together different sections of people.

The ongoing farmers struggle in the country was more intensified than even the freedom struggle, added Congress Kisan wing state Vice-President V.Rajagopal Reddy. 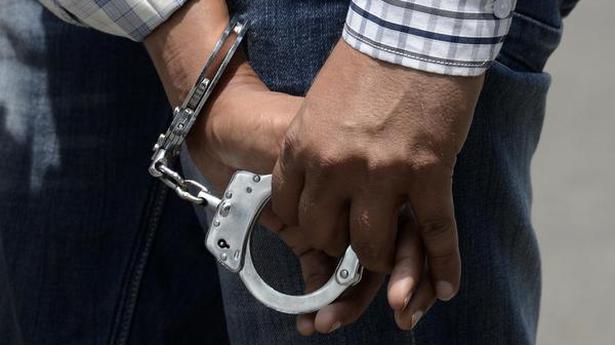