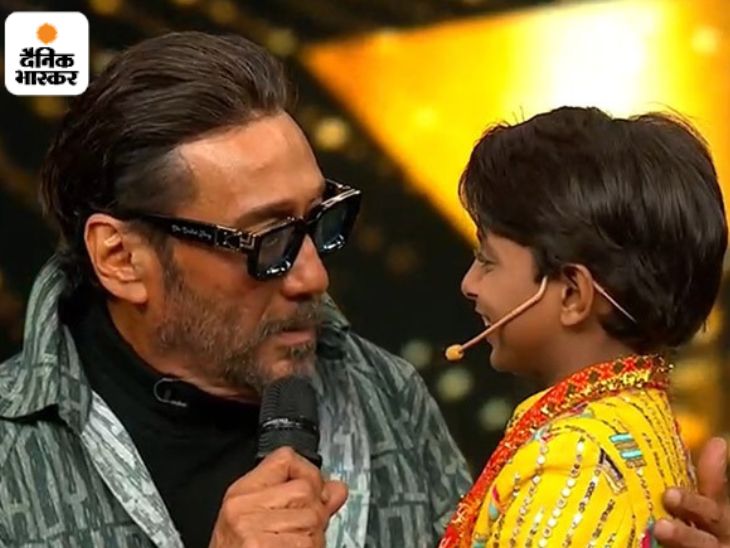 Actor Jackie Shroff is in the headlines these days. Recently Jaggu Dada reached the singing reality show Sa Re Ga Ma Pa Li’l Champs Grand Finale as a guest. During this, Jackie became emotional after seeing the performance of contestant Harsh Sikander and hugged him.

After learning about Harsh’s family’s financial crunch, he promises her a laptop and pays internet and electricity bills for a year.

Harsh took care of the family after his father’s death.
Please tell that the father of 9-year-old finalist Harsh Sikander is no more in this world. After his death, he is the only earning member in his family. Harsh sings devotional songs in Jagrats and earns his family’s livelihood from it. Hearing this, Jackie Shroff said in emotional words- ‘I will give you a laptop for online classes, so that you can learn and study at home.’

Jackie further said- ‘That’s why I will give you your internet and electricity bill for one year’ I hope that you will achieve great success one day with your talent.’ Seeing this gesture of Jackie during the show, Harsh’s mother and the audience sitting there get emotional.

Katrina-Vicky traveled in economy class: Fans liked the simplicity of the couple, said- Katrina you are very down to earth

Trollers asked Devoleena whether the children would be Hindu or Muslim: Devoleena gave a befitting reply, said- Who are you?; focus on your religion