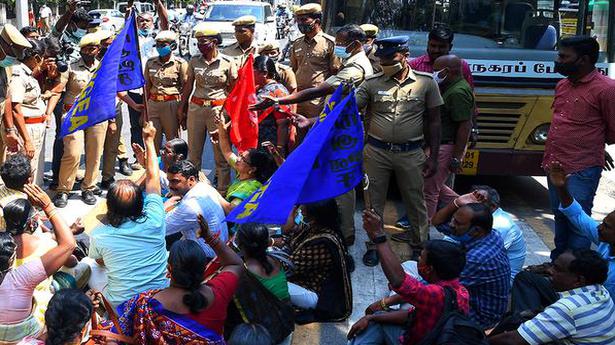 
Members of the Joint Action Council of Teachers’ Organisations-Government Employees’ Organisations (Jacto-Geo) were arrested when they began a 72-hour hunger strike at Chepauk on Monday.

The strike was announced even after Chief Minister Edappadi K. Palaniswami recently dropped disciplinary action initiated against 5,068 members of the organisation for staging protests in 2019.

The protesters wanted scrapping of the contributory pension scheme, and disbursal of payment arrears and employee benefits.

They continued their hunger protest even after being taken into preventive custody by the police. 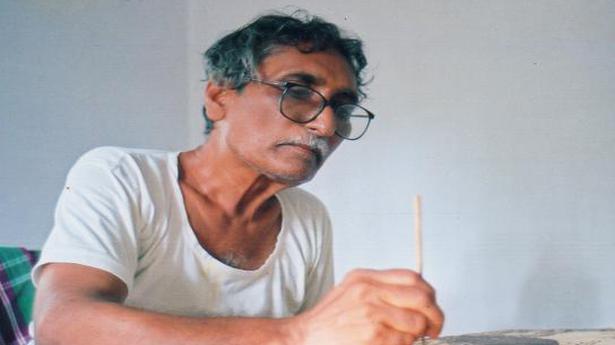 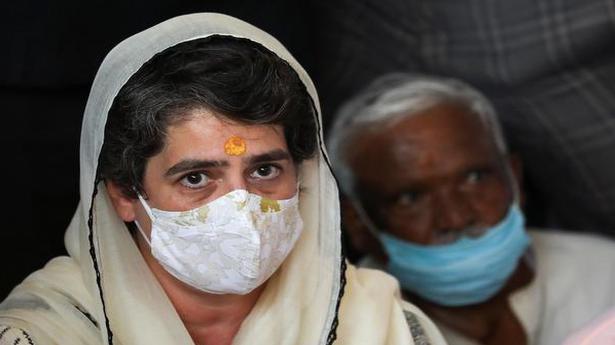