The Shree Jagannath Temple Administration (SJTA) on Saturday said it had decided to recommend to the Odisha government to open the 12th–century temple from the last week of December.

The SJTA’s decision came after it had held a consultation with the Chhatisa Nijog, a sevayats’ (priests) body. The temple has remained closed for devotees since March when the pandemic broke out. Only a select group of priests has been performing daily rituals of deities.

Devotees and political parties have long been demanding opening of the temple as the COVID-19 situation has improved significantly.

“We have decided to recommend to the State government to open the temple. We need five to six days to prepare the temple for the devotees after getting the go-ahead,” said Krishan Kumar, Chief Administrator of the SJTA, on Saturday.

The residents of Puri will get the first opportunity to enter the temple, he said.

He said the temple would remain closed on January 1 and 2 when it generally witnesses a massive congregation.

“We are not in a position to facilitate the darshan of deities in such a large number. The temple will be reopened from January 3. Initially, 5,000 devotees will be allowed a day. If we find it easy to manage the crowd, the number would be increased,” said the SJTA chief.

Devotees coming from outside Puri would have to produce COVID-19 negative certificate before entering the temple. 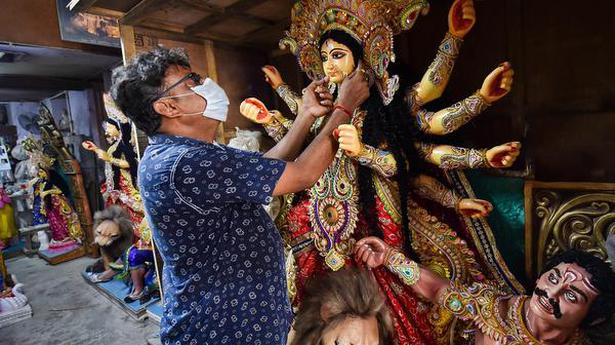 Cloud of uncertainty hang over Durga Puja festival in Bengal