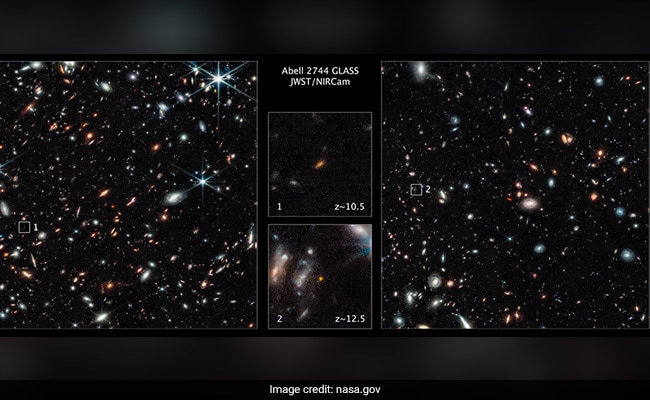 Both galaxies are seen really close in time to the Big Bang which occurred 13.8-billion years ago

Bright galaxies formed early on in the universe, which were previously hidden, have now been discovered by NASA’s James Webb Space Telescope. This discovery also includes a galaxy that may have formed just 350-million years after the Big Bang. According to scientists, they are so bright and dazzling that they appear to challenge the knowledge of how galaxies originated.

“Once again the universe has surprised us. These early galaxies are very unusual in many ways,” said Tommaso Treu of the University of California at Los Angeles, principal investigator on one of the Webb programmes, in a press release.

The space agency further said that within four days of analysis, the researchers found two bright galaxies in the GLASS-JWST images. “These galaxies existed approximately 450 and 350 million years after the Big Bang (with a redshift of approximately 10.5 and 12.5, respectively), though future spectroscopic measurements with Webb will help confirm,” said the agency in a statement.

“This is a whole new chapter in astronomy.”

Webb researchers found 2 early galaxies, one of which may contain the most distant starlight ever seen. These 2 unexpectedly bright galaxies could fundamentally alter what we know about the very first stars: https://t.co/1MrIy1TAkLpic.twitter.com/TI1ZpFWJPG

These recent findings were published in the Astrophysical Journal Letters by an international team led by Rohan Naidu of the Harvard-Smithsonian Center for Astrophysics. Mr Naidu stated that Webb will need to do more infrared observations before claiming a new record-holder.

Scientists explained that although some researchers claim to have found galaxies even closer to the start of the universe 13.8-billion years ago, those candidates have not yet been confirmed. They highlighted that some of those might be later galaxies imitating early ones.

In a release, Paola Santini, fourth author of the paper, said, “These observations just make your head explode. This is a whole new chapter in astronomy. It’s like an archaeological dig, and suddenly you find a lost city or something you didn’t know about. It’s just staggering.”

“We’ve nailed something that is incredibly fascinating. These galaxies would have had to have started coming together maybe just 100 million years after the big bang. Nobody expected that the dark ages would have ended so early,” said Garth Illingworth of the University of California at Santa Cruz, who is also a member of Mr Naidu’s team.

“The primal universe would have been just one hundredth its current age. It’s a sliver of time in the 13.8-billion-year-old evolving cosmos,” Mr Illingworth continued.

He further said that the extreme brightness could be either because galaxies are huge and have a lot of low-mass stars or they could be small and have very few bright stars. 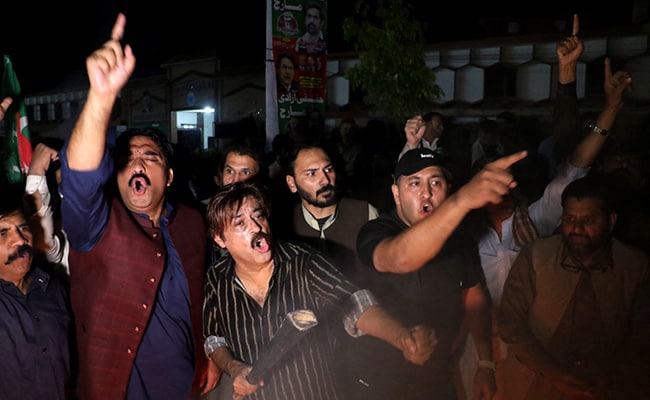 “There Will Be Protests Across Pakistan”: Imran Khan’s Party Announces 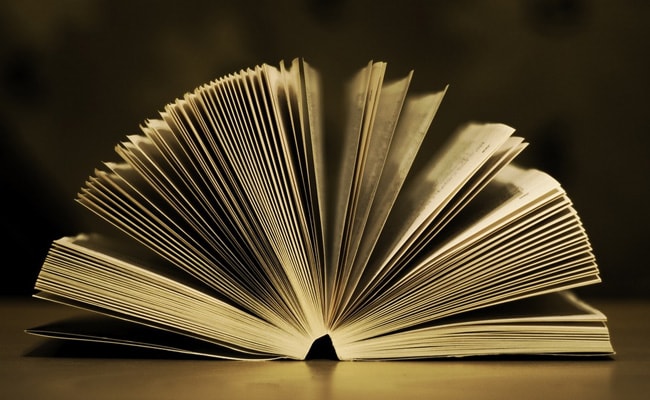