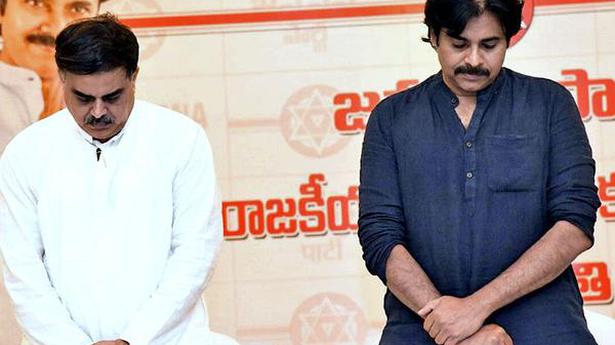 
The Jana Sena Party (JSP) has decided to mob the Assembly building during its coming session in protest against the ‘anti-farmer measures’ of the State government.

The party’s political affairs committee (PAC) meeting held here on Thursday was attended by its president Pawan Kalyan, PAC chairman Nadendla Manohar and others, where a decision was taken to this effect.

The party had earlier demanded a compensation of ₹30,000 per acre and an immediate relief of ₹10,000 to the farmers hit by Cyclone Nivar. With the government ‘turning a deaf ear’ to its demand, the PAC planned the protest to let the government understand the gravity of the situation.

The meet gave a call to party workers from all the 175 constituencies to turn up at the Assembly on the chosen date. The meet also resented the ‘dictatorial attitude’ of the YSRCP government, which, the leaders alleged, was resorting to muzzling dissenting voices, adding that political vendetta against opponents was uncalled for.

The participants paid tributes to their activist Bandla Vengaiah Naidu, who had committed suicide in Prakasam district recently. The party activist had shot to prominence after he accosted the local Giddalur YSRCP MLA last week, with a demand to get the damaged road to their village repaired. However, he took his life after allegedly being harassed and taunted reportedly by workers of the ruling party. Members P. Hariprasad, K. Tata Rao, P. Yasaswi, P. Nanaji, B. Naicker, B. Srinivasa Yadav, P. Balakrishna, K. Durgesh, Manukranth Reddy, M. Sasidhar and Madhusudhan Reddy took part.

﻿Woman with COVID-19 and other co-morbidities, undergoes challenging surgery in Chennai 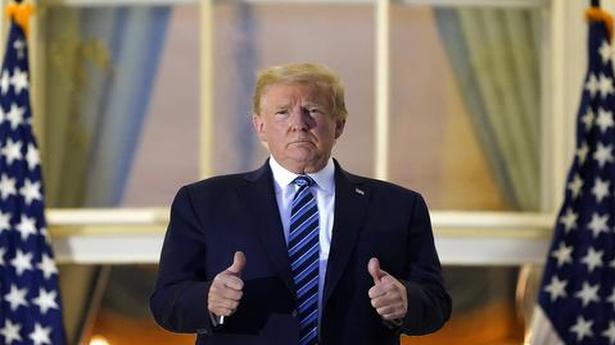