Mr. Taga is in the State as part of a two-day visit. Opportunities in infrastructure financing and partnership with Japan in skill development came up for discussion among other things.

Industries Minister M. Goutham Reddy, meanwhile, chaired a round-table with senior officials from the State and apprised Mr. Taga on the potential avenues for collaboration.

The Minister said that the focus of the government was on attracting long-term investments, and said Japan was an important country for industrial partnership. He said with its long coastline, infrastructure and logistics advantage, Andhra Pradesh could be a conduit for Japanese companies to venture into South Asian markets. He also explained to the Japanese envoy about the concept cities proposed in Anantapur, Tirupati and Visakhapatnam, integrating residential, manufacturing, services, leisure and social infrastructure to form a self-sustaining ecosystem.

CEO, Andhra Pradesh Economic Development Board, J.V.N. Subramanyam, made a presentation explaining the steps taken by the government to reduce the cost and risk of doing business and also the potential for Japanese investors in key sectors like electronics, automobiles, pharmaceuticals and textiles and food processing.

He also spoke about the infrastructure push that was being given through development of industrial corridors, ports, fishing harbours and airports. Referring to the Japanese Industrial Townships proposed in the State, he also explained about the JIT planning in Srikalahasti. He said A.P. had immense potential for investments and expressed interest for partnership in the areas of irrigation and improvement in livelihoods of people. He suggested that the model of the Japanese Institute of Manufacturing at Sri City be replicated to attain excellence in the manufacturing sector.

Principal Secretary, IT, Electronics and Communications G. Jayalakshmi and other officials were present at the meeting. 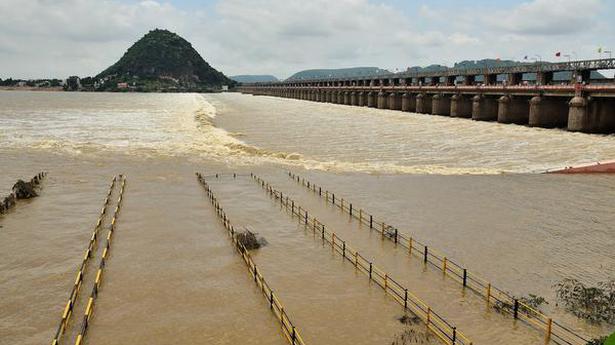