Jats belonging to Bharatpur and Dholpur districts in Rajasthan on Wednesday demanded that the State government recommend their inclusion in the Other Backward Class (OBC) category for reservation to the Centre. Though the community enjoys the benefit in the State, the two districts have been excluded from reservation in the Union government’s services.

A ‘mahapanchayat’ (grand congregation) of Jats was held at Pathena village near Bhusawar in Bharatpur district, where the members of the community threatened to launch an agitation unless the benefit of the Central reservation was extended to them.

Bharatpur-Dholpur Jat Aarakshan Sangharsh Samiti convener Nem Singh said the State government had assured in 2017 that a recommendation would be made to the Centre, but there was no progress. The other major demand was withdrawal of criminal cases registered against Jats during their agitation between 2015 and 2017.

These Jats were denied the reservation as they belonged to the ruling class during the pre-Independence era and were not considered socially or economically backward. Though the State government incorporated them in the authorised list of OBC category on August 23, 2017, the issue has been hanging fire with the Centre.

The Union government had included Jats in the OBC list in 1999, followed by the State in 2000. The community has been getting the benefit in jobs and education from both the Union and State governments in 31 of the 33 districts.

Mr. Singh said similar mahapanchayats would be organised in the Jat-dominated areas in both the districts and a massive agitation launched to exert pressure on the State government. 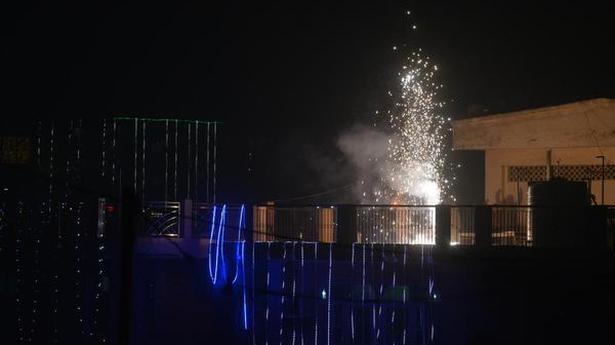 Air quality dips to ‘severe’ in Noida and Ghaziabad, stays ‘very poor’ in Faridabad and Gurgaon