Karnataka
February 14, 2021 Divya Bharat 0 Comments and Sindagi Assembly constituencies. This comes close on the heels of party supremo H.D. Deve Gowda’s statement that the party would not field candidates, Basavakalyan, BengaluruThe former Chief Minister H.D. Kumaraswamy on Sunday announced that the party would filed candidates in the byelections to Maski, which was later construed by Congress leaders as a soft decision that would help the BJP.


The former Chief Minister H.D. Kumaraswamy on Sunday announced that the party would filed candidates in the byelections to Maski, Basavakalyan, and Sindagi Assembly constituencies. This comes close on the heels of party supremo H.D. Deve Gowda’s statement that the party would not field candidates, which was later construed by Congress leaders as a decision that would help the BJP.

He clarified that owing to paucity of funds to fight the byelections, the party had decided not to field candidates and the same had been announced by Mr. Gowda. “There have been allegations that we were not contesting the byelections to help the BJP. We had not discussed the issue with Mr. Gowda. Let there be no confusion. We have decided to field our candidates.”

Asking party workers not to heed to rumours that the JD(S) would tie-up with the BJP for the 2023 Assembly elections, he said the party would not have any understanding with any national party. “We will contest all the 224 seats on our own. Do not bother about money. If need be, we will raise loans to fund party activities,” he said.

Meanwhile, the party’s debacle in the Sira byelection had spurred octogenarian Mr. Gowda to take up the responsibility of strengthening the party. However, on Sunday, the former Prime Minister said he would be taking an advisory role since he was not in a position to travel across the State.

“I can only guide you and I can only give suggestions. I cannot travel everywhere. We have to prove that our party is not behind in the ensuing taluk panchayat and zilla panchayat elections,” the former Prime Minister told party workers and leaders at a meeting to felicitate the party-backed gram panchayat members who were elected recently.

He said JD(S) legislative party leader, Mr. H.D. Kumaraswamy, and party’s State president H.K. Kumaraswamy were preparing a blueprint to infuse life into the party. “I will only guide the party. I can only give suggestions because I cannot travel.” He also said that though the party had the power, it lacked unity. “There are differences of opinion, but those differences have to be overcome.”

On the party’s preparation for the taluk and zilla panchayat elections, he said, “Seat distribution can result in small inconvenience. Do not get disturbed. We should work unitedly to get maximum seats in the elections. Only you can save the party,” he said.

The former Minister Bandeppa Kashempur said the party was working towards winning 120 seats. “Enough of being dependent on other parties. We have to have power on our own after the next Assembly elections.” 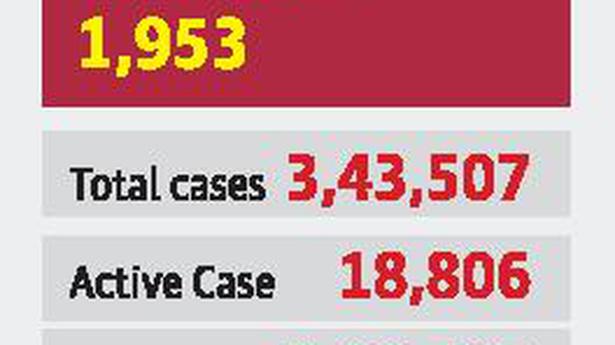