Journalists in Manipur have decided to extend the ongoing cease-work strike by 48 hours from Monday midnight, a statement issued by the All Manipur Working Journalists Union (AMWJU) said. It would mean that there shall be no newspaper in the State. All cable networks have blanked out news.

The statement issued by S. Bokuljao Meitei, vice president of AMWJU, shortly after a joint emergency meeting of AMWJU and the Editors Guild Manipur said on Monday that five resolutions had been passed.

On the night of February 13, a girl lobbing a China-made hand grenade at the main office of the media house that brings out Poknapham, a vernacular daily, and the English paper People’s Chronicle, was captured on CCTV camera. Police say she’s not easy to identify her as her face was covered with a mask.

Journalists in Manipur have been staying away from duty and staging sit-in protests. On Sunday, Chief Minister N. Biren, who also holds the Home portfolio, had assured them that the persons involved in the botched grenade attack would be arrested. However, the strike has been extended.

This is not for the first time that bombs have been planted in major newspaper offices. The AMWJU statement further said that another general body meeting will be convened after the 48-hour deadline ends to chalk out the next phase of agitation.

So far, no proscribed underground outfit has claimed responsibility for the grenade attack. 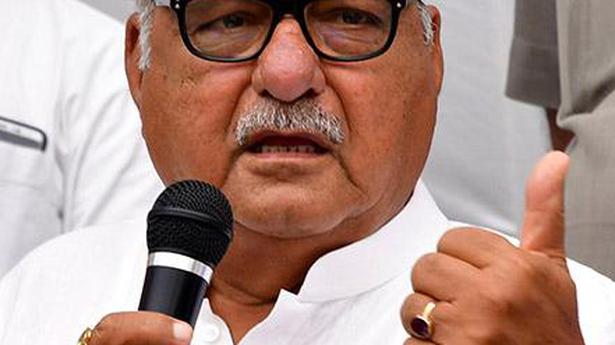