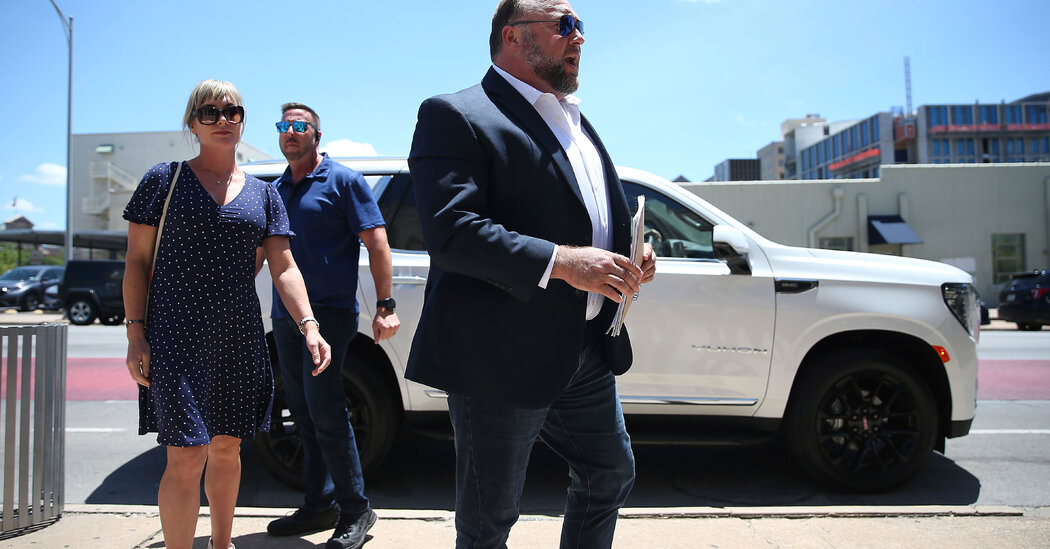 
AUSTIN, Texas — A Texas jury on Thursday awarded the parents of a child killed in the 2012 mass shooting at Sandy Hook Elementary School more than $4 million in compensatory damages from the conspiracy theorist Alex Jones, the first time he has been held financially liable for defaming the victims’ parents by spreading lies that they were complicit in a government plot to stage the shooting as a pretext for gun control.

The decision was the first in a series of potential awards against Mr. Jones. On Friday the jury will consider evidence of Mr. Jones’s net worth to determine how much, if anything, to award the parents, Scarlett Lewis and Neil Heslin, in punitive damages.

Two other trials by Sandy Hook parents seeking damages from Mr. Jones have been scheduled for next month, though they may be delayed because his company filed for bankruptcy last week.

Mr. Jones has become increasingly emblematic of how misinformation and false narratives have gained traction in American society. He has played a role in spreading some of recent history’s most pernicious conspiracy theories, such as Pizzagate — in which an Infowars video helped inspire a gunman to attack a pizzeria in Washington, D.C. — as well as coronavirus myths and “Stop the Steal” falsehoods about election fraud before the Capitol assault on Jan. 6, 2021.

The verdict came after several days of emotional testimony, including 90 minutes on Tuesday when Ms. Lewis personally addressed Mr. Jones, asking him why he knowingly spread lies about the death of her child, Jesse, 6, who died along with 19 other first graders and six educators at Sandy Hook Elementary School in Newtown, Conn.

“Jesse was a real boy. And I am a real mom,” Ms. Lewis told Mr. Jones. Later she admonished him: “Alex, I want you to hear this. We’re more polarized than ever as a country. Some of that is because of you.”

But the most explosive revelation came Wednesday, when the family’s lawyer, Mark Bankston, revealed that Mr. Jones’s legal team had mistakenly sent him the entire contents of Mr. Jones’s cellphone, including at least two years’ worth of incriminating text messages now of interest to the House committee investigating the attack on the Capitol. The committee is scrutinizing Mr. Jones’s role in planning events surrounding the insurrection, and Mr. Bankston is now seeking the judge’s approval to deliver the text records to prosecutors and the Jan. 6 committee.

Ms. Lewis and Mr. Heslin had requested $150 million in damages, and Mr. Bankston said he was optimistic about what the jury would award on Friday. “You can probably imagine that if a jury returns a verdict exceeding $4 million for these plaintiffs in compensatory damages, I think punishment is probably going to be in that range or higher,” Mr. Bankston said. “I think it’s perfectly expected that we’re going to see an over nine-figure judgment against Mr. Jones.”

He added: “It’s been a long journey, and it’s really, really nice to able to turn and look at my clients, and say ‘he can’t get off scot-free for this. He can’t. You had a defendant who went into that courtroom and said, ‘I think I should have to pay them a dollar.’ And this jury said no.”

Mr. Jones said in his bankruptcy filing that he had paid $15 million so far in legal costs for the Sandy Hook litigation. Citing the damages that Ms. Lewis and Mr. Heslin had requested, Mr. Jones called the award a “major victory” in a video posted on Infowars on Thursday night, even as he urged viewers to buy products from his website to stave off what he portrayed as financial ruin.

“I admitted I was wrong,” he said. “I admitted it was a mistake. I admitted that I followed disinformation but not on purpose. I apologized to the families. And the jury understood that.”

Mr. Jones lost a series of Sandy Hook defamation suits by default last year after repeatedly failing to provide court-ordered documents and testimony. Those rulings set the stage for the trial this summer.

More important than money, the Sandy Hook families have said, is society’s verdict on a culture in which viral misinformation damages lives and destroys reputations.

“Speech is free, but lies you have to pay for,” Mr. Bankston told the jury last week. “This is a case about creating change.”

At the heart of the trial was a June 2017 episode of NBC’s “Sunday Night With Megyn Kelly” that profiled Mr. Jones. In the broadcast, Mr. Heslin protested Mr. Jones’s denial of the shooting. He recalled his last moments with Jesse, saying, “I held my son with a bullet hole through his head.”

“Will there be a clarification from Heslin or Megyn Kelly?” Mr. Shroyer said on Infowars. “I wouldn’t hold your breath.”

During the trial, Mr. Jones’s lawyer, F. Andino Reynal, said that Mr. Jones was essentially running his own defense. After much uncertainty about whether the conspiracy broadcaster would testify, he was adamant that he would appear as the sole witness in his defense.

Mr. Heslin and Ms. Lewis deployed a variety of experts. The trial opened with testimony from Dan Jewiss, a retired Connecticut State Police investigator who led the Sandy Hook case; a forensic psychiatrist and the psychologist who treated Mr. Heslin and Ms. Lewis; and several Infowars employees, whose dubious statements allowed the family’s lawyers to submit evidence that was damaging to Mr. Jones, including a televised version of the full interview with Ms. Kelly, in which Mr. Jones advanced incendiary false claims.

Mr. Jones’s audience and corresponding revenues have risen sharply, to more than $50 million annually, in the decade since Sandy Hook.

His defense of the Second Amendment after the mass shooting brought attention from mainstream news organizations. But it was Mr. Jones’s alliance with former President Donald J. Trump, who appeared on Infowars in December 2015, that moved him from the far-right fringes to the center of Republican Party populism.

Mr. Jones and Mr. Trump have often echoed the same incendiary false claims, including the racist “birther” lie that President Barack Obama was not born in the United States; that Muslims in the New York area “celebrated” the Sept. 11, 2001, terrorist attacks; and the 2020 election falsehoods that brought violence to the Capitol last year. 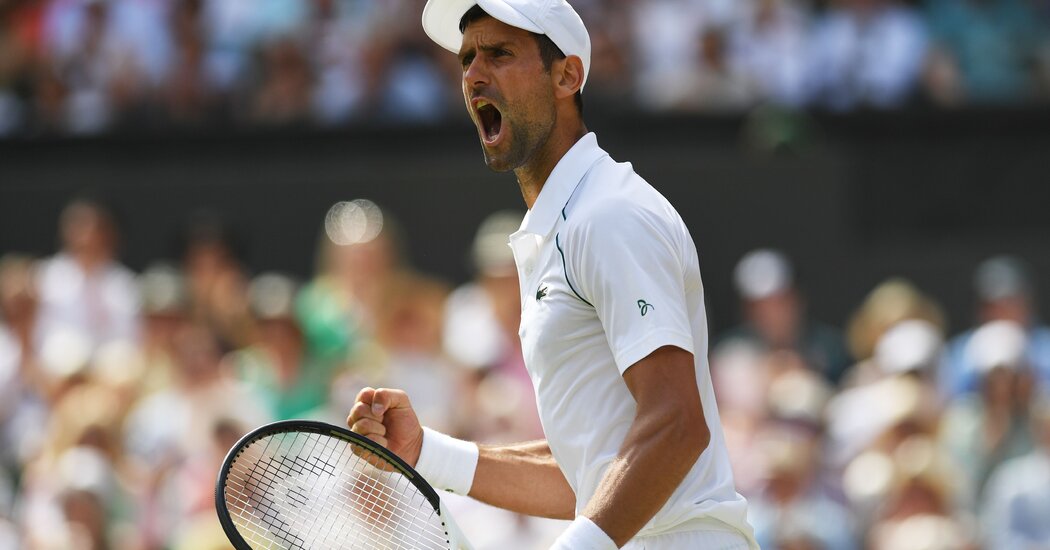 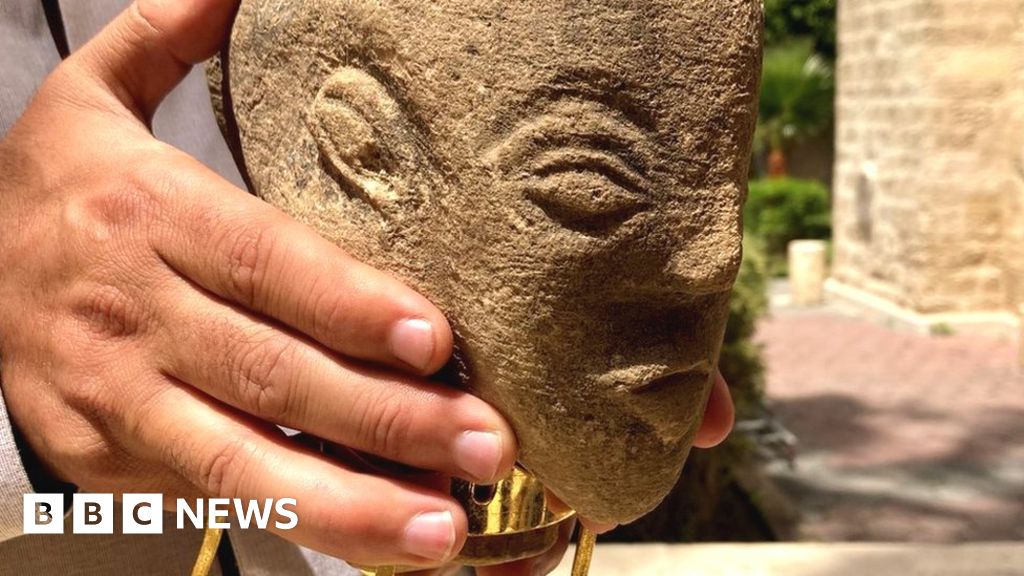