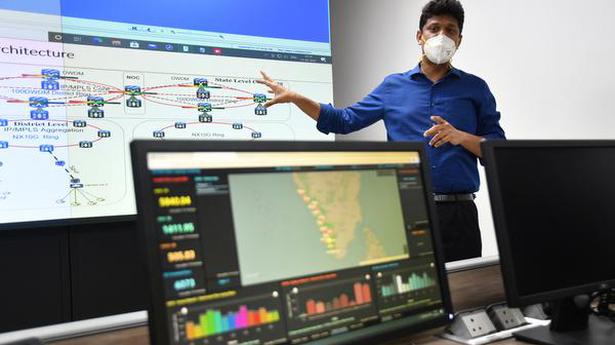 
The first phase of the K-FON project to provide high speed Internet connection will be inaugurated online by Chief Minister Pinarayi Vijayan on February 15.

As many as 1,000 government institutions in seven districts will be provided connectivity in the first phase. Government institutions and offices in Thiruvananthapuram, Kollam, Alappuzha, Pathanamthitta, Ernakulam, Thrissur, and Palakkad will benefit from this. Optical fibre cables have been laid along 7,200 km across the State.

The network will extend to 30,000 government establishments by July 2021. While the fundamental optical fibre network is likely to be complete by year end, the public might be able to access high-speed Internet through it only by the middle of next year.

The government hopes to provide free Internet connection through the network to 20 lakh households below the poverty line. It could provide Internet at a speed of 10mbps to 1gbps. Mr. Safirulla was speaking from the Network Operation Centre (NOC) for K-FON functioning from Infopark. The NOC will monitor round the clock the Statewide optical fibre network, and can detect faults through fibre monitoring system software, making it possible to fix network or connectivity issues.

The 14 districts will be part of a core ring that connects 378 KSEB substations via optical fibres. Each district will have a point of presence that will be at one of the substations. While K-FON is owned by the Kerala State IT Infrastructure Limited, the KSEB and the State government, the project is being implemented by Bharat Electronics Limited at a cost of ₹1,168 crore for the first phase.

“Our existing infrastructure was outdated. Only about 36% of nearly 8,000 towers of telecom service providers had been fiberised, which means that Internet speed might not meet future demand,” Mr. Safirulla said. The bandwidth on optical fibres is unlimited and can be scaled up depending on willingness to pay, he added.

The network would help bridge the rural-urban divide in terms of connectivity, by providing better digital infrastructure in rural areas, he said. 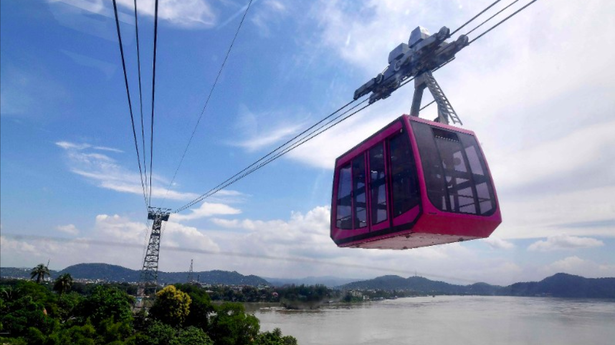