Kalidasa’s ‘Vikramorvaseeyam’ marked the finale of the 34th annual Koodiyattam mahotsavam, held from January 1 to 12. Directed by G. Venu, performer, scholar, writer, choreographer and the first non-Chakyar disciple of the late legend Ammannur Madhava Chakyar, the four-hour presentation was, among other things, a demonstration of the young talents groomed by the Ammannur Chachu Chakyar Smaraka Gurukulam in Irinjalakuda.

Incidentally, it may be remembered that Koodiyattam is a contribution of the Chakyar community to the ancient Sanskrit theatre tradition in the country. But strangely they have always kept a cautious distance from Kalidasa, whose plays like Shakuntalam are popular across the globe. The Chakyars’ affinity is more to poet Bhasa. Venu himself has recorded his mentor Madhava Chakyar’s comments in this connection: “While Bhasa’s plays are meant for performance, Kalidasa’s are for reading only.”

Chakyar would also narrate a story (myth?) of a Chakyar who lost his eyes as he strived to enact the verse Krishnasare dadachhakshuhu (Shakuntalam), where the actor has to keep one eye on the black buck leaping fast in the front, and the other eye on king Dushyanta, who was getting his bow ready. Also, Madhava Chakyar believed that if the old masters had the possibility to present the play, they would have done it. True, a couple of attempts have been made by the veterans Mani Madhava Chakyar and Painkulam Rama Chakyar, but they have not survived.

Venu was not prepared to accept this indifferent attitude towards Kalidasa. In 2002, he produced a full-fledged Shakuntalam under the banner of his institution, Natanakairali, and staged it across the globe to rave reviews. This was followed by Vikramorvaseeyam in 2004 and Sita Parityagam from Kalidasa’s Raghuvamsam in Nangiarkoothu in 2007.

The story of Urvashi

The mainstay of Vikramorvaseeyam is the love between the celestial dancer Urvashi and the valorous king Pururavas. The name of the play itself means ‘Urvashi won by valour’.

On their return after a performance in the Kubera’s court, Urvashi and her companion Chitralekha are abducted by the demon Kesi. King Pururavas rescues them. The moment Urvashi sees the king, she is in love with him, but she has to return to her heavenly abode along with her companions.

There, Sage Bharatha wants Urvashi and Chitralekha to enact the story of Lakshmi swayamvaram in front of the gods. Amrithamadhanam, a play of which the story is a part of, is fully enacted. Among the many precious things that came out of the ocean as it is churned is goddess Lakshmi (played by Urvashi) carrying a garland of blue lotuses. As the play progresses, she sets out to select a suitable husband from among the gods, but none of them impresses her. She utters the name of Pururavas instead of Purushothama, Vishnu’s name in the play. The slip occurs because of Urvashi’s love for Pururavas, which makes her forget the character she is portraying in the play. An enraged Bharatha curses Urvashi and expels her from Devaloka. In the last scene, from the soliloquy of Pururavas, it is evident that Urvashi is back on earth. The denouement depicts Urvashi joining Pururavas.

The play opened with the Sutradhara, played by Rajneesh Chakyar. His performance as the apsaras in Kubera’s court was captivating. It spoke of his histrionic skill that he could make the audience feel the presence of three artistes playing veena, mridangam and kanjira.

Venu eschewed the conventional Nirvahanam (pre-story recital), and instead provided enough room for the histrionic potential of the actors. This was discernible in the role of Pururavas portrayed by Sooraj Nambiar. He narrates the circumstances that led to the birth of Urvashi from the thigh of sage Narayana. Looking at Urvashi, Pururavas can hardly believe this. For him, her gorgeous figure indicates that she was created by Kamadeva (Cupid). The description of Indra’s clever plans to disturb the penance of Narayana was portrayed vividly, noteworthy being the dance of the apsaras.

Kapila Venu’s Urvashi will remain etched in the minds of the audience. Her movements were subtle and aesthetic, her appearance as goddess Lakshmi with alavattam (peacock feather fans) and venchamaram (yak tail) and kuthuvilakkus (lamps) ethereal. But soon her transformation into a damsel in distress following Bharatha’s curse became an embodiment of satvika abhinaya. 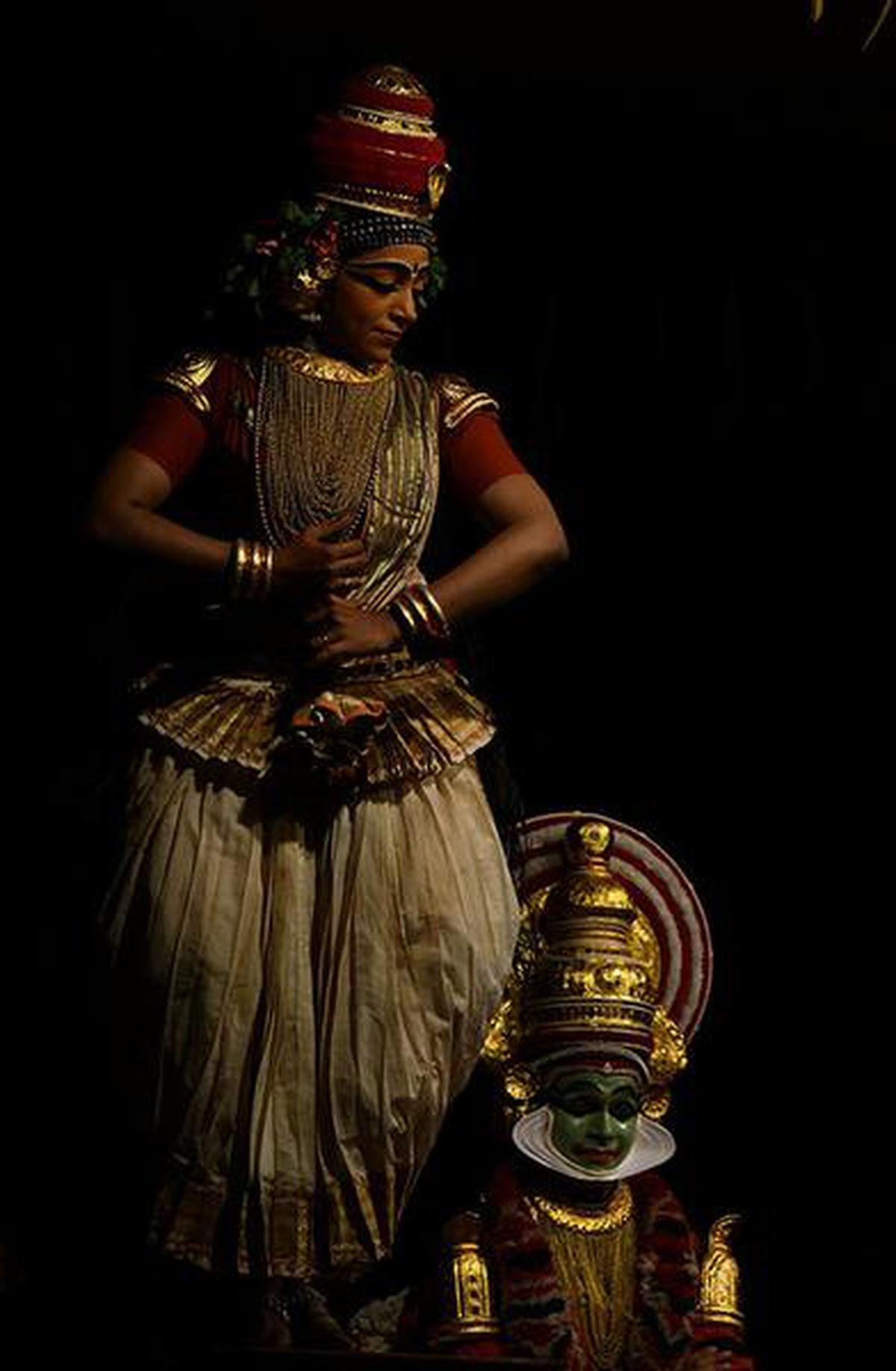 Bharatha’s curse was presented as Nepathyam (voice-over from the green room). The technique of ‘moodi chollal’ was employed to avoid the character Chithraratha. The technique involves an actor, his body fully covered, rendering the verses of the character.

The writer and culture critic is a trained musician.

Bryan Cranston on ‘Your Honor’: ‘Every human being has an internal trigger’