UDF hopes that as sitting MLA, Kappen will manage to retain Pala for the coalition

As Mani C. Kappen , the NCP leader who staged an upset win in Pala during the 2019 byelection, defects to the United Democratic Front, the all-important question keeps surfacing – whether the move will enable the Congress-led coalition to reclaim its eroding base in the rubber heartland?

The war of words has heated up and the guessing game is on. According to sources, the breakaway faction may assume the name ‘NCP Kerala’ and will remain in UDF as an unregistered party. On completion of the assembly elections, it will go ahead with the registration proceedings – almost similarly to what the Kerala Congress led by P.J. Joseph will be required to do.

By taking Mr.Kappen on board, the UDF clearly eyes the huge political investment made by him as the sitting MLA of Pala over the past one-and-half years. Riding on this wave of popularity while also ensuring the support of its traditional vote base across Pala, the coalition hopes to turn the tide in its favour.

It, accordingly, has unanimously offered the seat to the sitting legislator even before him openly expressing the willingness to switch sides. Discussions through the back channels had begun much earlier though.

“It was not just the LDF’s efficiency alone but the personal image of Mr.Kappen was also crucial in ensuring his victory in Pala. But what the Left front has now done to him is injustice. Realizing their intention to seize the seat from his possession, Mr.Kappen just acted swiftly,” said Leader of the Opposition Ramesh Chennithala.

The exit of Mr.Kappen, as far as the LDF is concerned, has put the LDF in a win-win situation as it gives the coalition adequate space to accommodate the new entrant — the KC(M) , while also ensuring the support of Sharad Pawar and a major faction of the NCP State unit.

Transport Minister A.K. Saseendran, who leads the majority faction, has staunchly opposed the defection move right from the beginning. In reward, he is expected to receive the Elathur assembly seat once again, besides a couple of other seats.

Allotting the Pala seat, it has been reported, was one of the key conditions set by the KC(M) prior to its entry into the LDF. The LDF, however, has always held that the regional party’s entry was unconditional and that a decision on the seat was yet to be made. Hence, what Kappen did was ‘politically unethical’ and injustice to the people of Pala.

“Kappan contested and won the Pala constituency as LDF candidate and his defection will have no political consequence,” said A. Vijayaraghavan, CPI(M) acting State secretary.

Emboldened by the entry of KC(M), which has strong grassroot level network across the Pala and in a couple of adjoining segments, the coalition hopes to repeat the stellar performance that it staged across Central Kerala during the recent local body elections. 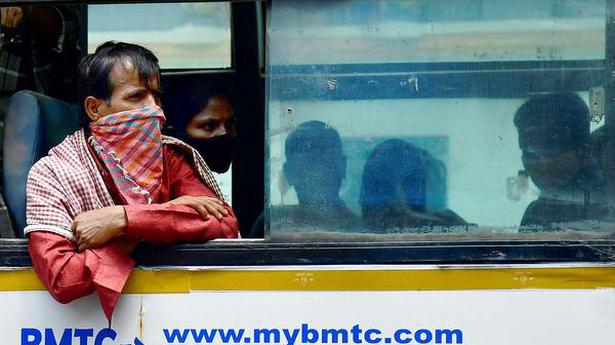