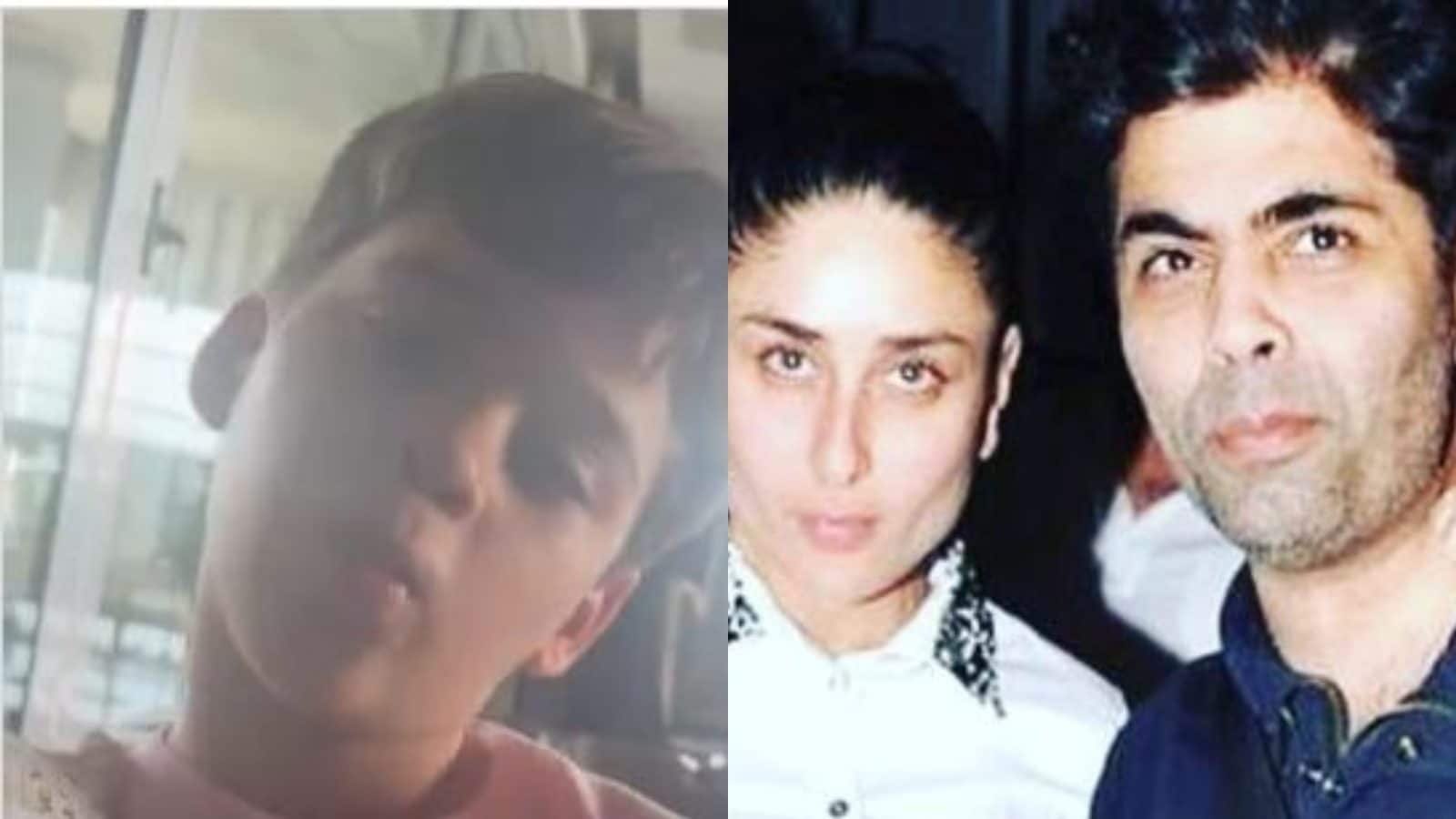 
Karan Johar often shares pictures and videos of his two children Roohi and Yash on his Instagram handle. This Saturday, he decided to treat us to another adorable video featuring his son Yash Johar on his Instagram reels where he is having a conversation with him about what the little munchkin doesn’t like about his dad. In the video, Karan asks Yash, “What do you not like?” to which Yash responds, “I don’t like dada doing this kind of pose,” simultaneously imitating the pout pose that he generally makes in his photographs. Karan can be heard giggling at the end of the playful video. His caption to the adorable video read, “I have been pout shamed.”

Karan can be seen clutching Yash’s shoulder, attempting to balance him from falling down while Yash is looking cute in a pink t-shirt in the video.

It isn’t the first time Yash has melted people’s hearts with his adorableness. In another video shared by Karan, Yash and Roohi can be seen giving weather reports.

Karan can be heard interrogating the kids about the morning weather. In the video. he says, “Dear sir, dear ma’am, how’s our morning?” to which Roohi replies “Fine sir” and Yash says “It’s shining but there’s a little cloud.”

Karan cross-questions the kids about the reason behind dark clouds. “It is raining today with the cherry on the top,” Yash responds to him mischievously and chuckles. Karan repeats Yash and teases him by saying “You’re a very bad weatherman, dear sir.” He pans the camera towards Roohi and asks her about her take on the weather, to which she cutely replies “It’s so sunny today.” He hilariously calls them both useless reporters and everyone giggles. IPL 2022: ‘We Were Very Tense, the Way the Game Was Going’-Ravindra Jadeja