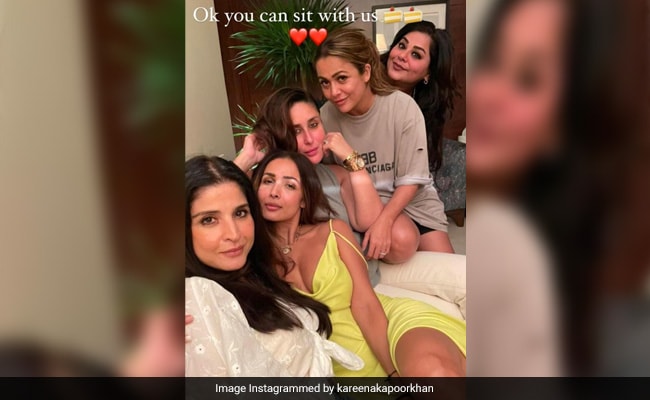 Kareena Kapoor and her BFFs Malaika Arora, Amrita Arora and Mallika Bhat caught up on Sunday night and had a blast at Malaika’s house in Mumbai. Guess who else partied with them? Maheep Kapoor. On Sunday night, the actress and her friends shared glimpses of their get-together and we can’t even. Kareena and her squad look stunning – the actress wore a grey top and cream trousers while Malaika Arora stole the spotlight in a yellow dress. Maheep Kapoor can be seen dressed in a white crop top and denims and Amrita Arora picked a casual tee and shorts for the get-together. Mallika Bhat, who is a celebrated make-up artist, was looking gorgeous in a black and red outfit.

Sharing her favourite memories from last night, Kareena Kapoor captioned one photo: “Ok, you can sit with us” and wrote “forever” with a heart icon while a picture with Amrita Arora. “This is us,” read her caption for another group photo.

Kareena and her girl gang often catch up and share pictures of themselves having quality time over lunch or dinner. Kareena’s sister and actress Karisma is also a part of the squad.

When Kareena shifted to her new house, her BFFs gathered together to celebrate her “new beginnings.” Take a look:

Kareena Kapoor will next be seen in Karan Johar’s period drama Takht and Lal Singh Chaddha, in which she will share screen space with Aamir Khan. Lal Singh Chaddha is slated to release on Christmas this year. 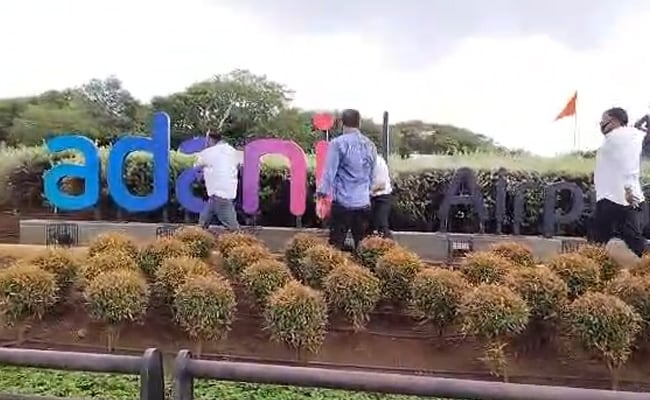 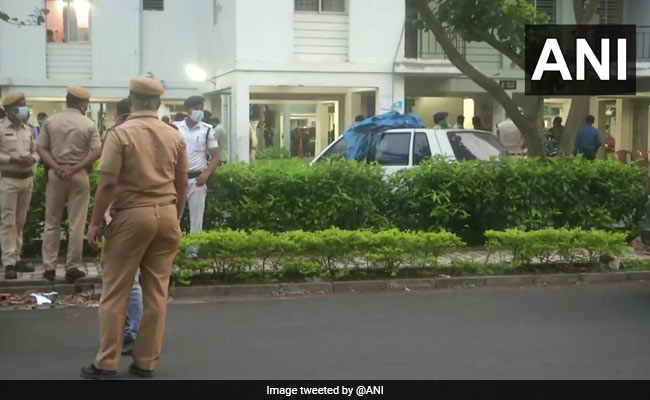