The High Court of Karnataka has stayed an order passed by a single-judge Bench on an enquiry against Lingaraja Gandhi, Registrar of Karnataka State Open University (KSOU), for making “false and misleading” remarks about a professor while forwarding the latter’s application for Vice-Chancellor posts at two universities.

The appellant Registrar has contended in the appeal that the judge, while recording adverse findings against him, had not appreciated that every communication signed by the Registrar was only communicating the decision of the Vice-Chancellor strictly in accordance with the KSOU Act and no allegation of either mala fides or any wrongdoing could have been attributed to the appellant.

As Registrar, the appellant was required to communicate the decisions of the University and the Vice-Chancellor, and the single-judge Bench had failed to notice that “except communicating faithfully the orders passed by the university, the appellant had not done anything beyond”.

The single judge had made adverse remarks while allowing a petition filed A. Rangaswamy, chairman and professor, Department of Studies and Research in Kannada, KSOU, whose application to the posts of V-Cs at two universities were forwarded to the search committees by the Registrar of KSOU.

Joint session of Legislature from Jan. 28 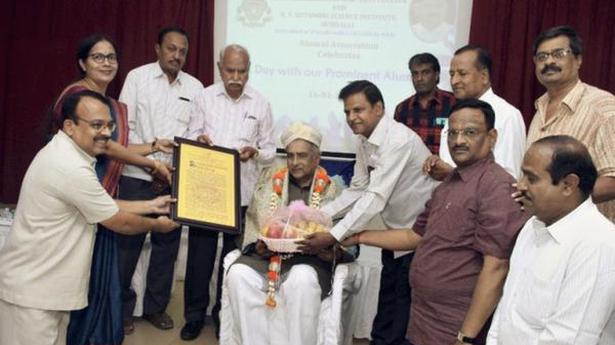 Horatti takes a walk down memory lane in Hubballi