Ladies and Gentlemen, once again the same knowledgeable, wealthy and brilliant welcome to Kaun Banega Sakdapati…once again it will rain knowledge and with knowledge you will get wealth. Let’s start today’s game and call our first participant Anuradha. Welcome them with loud applause… come please

This scene is not of any serial but of junior high school of Routar village of Maharajganj and the young man who is welcoming the children here is not an actor but a teacher. Whose name is Javed Alam.

Javed has adopted this unique method to strengthen the general knowledge of the school children. They do this show every Saturday inside the school and question and answer the children. Like KBC, they increase the money after every question. He asks a total of 12 questions to the child. 5 rupees are given for giving the first answer correctly. After that 10 rupees are given for the second correct answer. This is how money keeps on increasing. They also give help lines to the children for help.

Javed coming inside the show in the style of Big-B.

Seeing this unique style of studies of Javed, Bhaskar talked to him. Javed Alam explains, “There is only one purpose of teaching children in this way…that is to increase the number of children. Very few children used to come to school on Saturdays but since the show started, every child comes to school. Sometimes even the people of the village participate in it. People say that they stay updated with this show.”

Questions are asked to the children on the hot seat.

Javed said, “He is a big fan of Big-B. He loves every style of Big-B. He dresses up like him in this show. He has kept 2 sets of coat-pants in the school. During the show He wears the same. He shaves with chalk. He also whitens his hair with chalk. During the show on Saturdays, he calls only 2-3 children. He plays games with them. Every Saturday he Let’s change our participant.”

Alam further explains, “Because of making the reel of this show, his suspension letter came. Someone had complained about him. But when he reached BSA, he told them about this show in detail. Told them, something in this show Not wrong either. Kids are learning a lot in this show. After which they canceled my letter.”

School was not built in the school where the posting took place, started studies by taking a room on rent

Javed explains, “After completing his studies, his first posting was in Katka village of Maharajganj in 2013. There he was posted as a teacher in a primary school. The condition of that school was such that no child came to study there. Children used to come to school to play and then go away. I felt very bad seeing this. Gradually I created awareness among the people there about education. Started teaching children through sports. After that in that school The number of children started increasing. School children also used to go outside to play. After working here for 3 years, I got promoted. Along with this, I got transferred. I was sent to Junior High School in Routar village of Maharajganj. From here My ordeal begins.”

Javed used to give gifts, balloons to the children to bring them to school.

“When I reached Rataur village to go to school on the first day, there was a signboard in the name of Junior High School. That means the school was in ruins. The villagers had tied cows and buffaloes there. I spoke to the officials on the phone. So he said, teach the children by sitting under the tree. But I did not do that. I was determined that I would definitely build a school here. My friend Sumit was also with me. He also supported me fully.”

Tabela was running inside the school. There was no class left.

“At first, I rented a room in the adjacent primary school to start the children’s education as soon as possible. Arrangements were made for the children to sit in a class. Then some 10 to 12 children used to come to the school. After that We went to the village to bring the children to school. Gradually children started coming to our class. On the other hand, we also proposed the budget for the construction of the school. The budget was passed within a few days. After that, we started taking the children in the morning. Used to teach, get schools built in the evening.

The cattle rearers of the village used to tie their animals to the school.

“When our school was completed, there was no limit to the happiness of the people and the children of the village. After the worship, we went inside the school. After that we started studying there. Everything was fine, but the children spent more time in the school. They used to run away from the school after playing. After which I combined sports and studies. Within a few days the number of children in the school increased to 50.”

Doing street plays with the kids.

Now Javed teaches in Math ground. By doing Hindi dance and singing English song. But on Saturdays the school would remain empty. No child used to come to study. After that we started this show and the number of children kept on increasing.

Play with the kids on the ground.

Javed keeps the children happy by doing something new every day in the school. They write Hindi words on the balloon. After that the children are told to aim at the words that I say. By doing this, children remember all the words easily. Apart from this, he teaches children by taking a fake monkey in their hands.

Asking questions to children with monkey in hand.

The monkey hanging in his hand asks the children questions and the children happily answer them. He makes a group of children make the shape of a triangle, a multiplication table, a square. Along with this, street plays are also organized to make children aware. In every festival, children are decorated and programs are organized. While teaching, they start dancing with the children. So that the children’s mind is engaged.

Children’s education is done by pasting balloons on the black board.

Javed says, “The children of the school love him very much. On his birthday, he decorates the room for him and brings gifts. He takes the cake, then everyone cuts it together. He bathes the children with his own hands. He prepares them. It is said that he never needed to scold any child. All children obey him a lot.

Javed celebrating Janmashtami inside the school.

Please tell that Javed did his first job in the field of education in 2013. He has done BTC, BEd and NET. His wife is a teacher in a private school. He also has 2 children. He is a resident of Maharajganj only.

Javed having fun with his school kids. 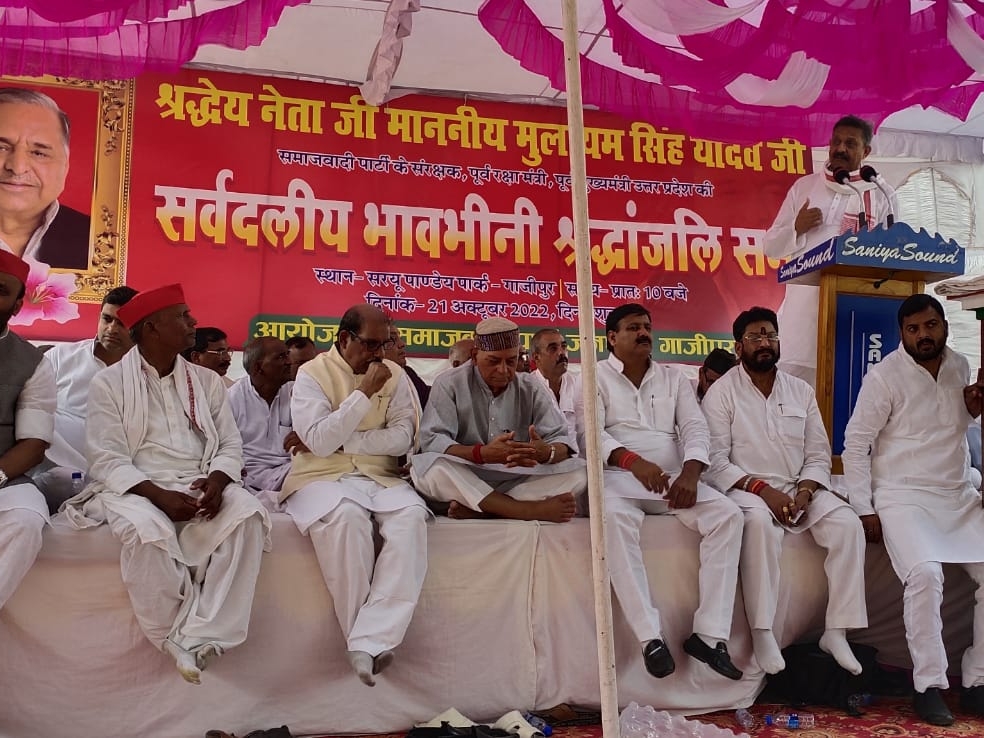 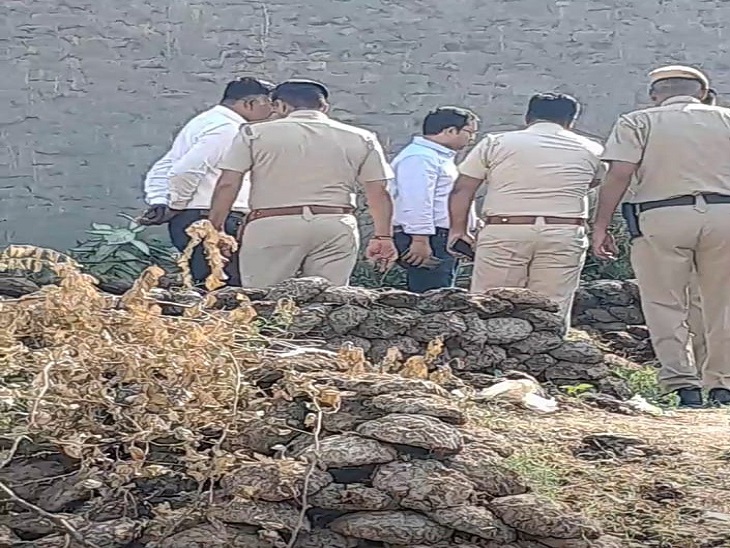 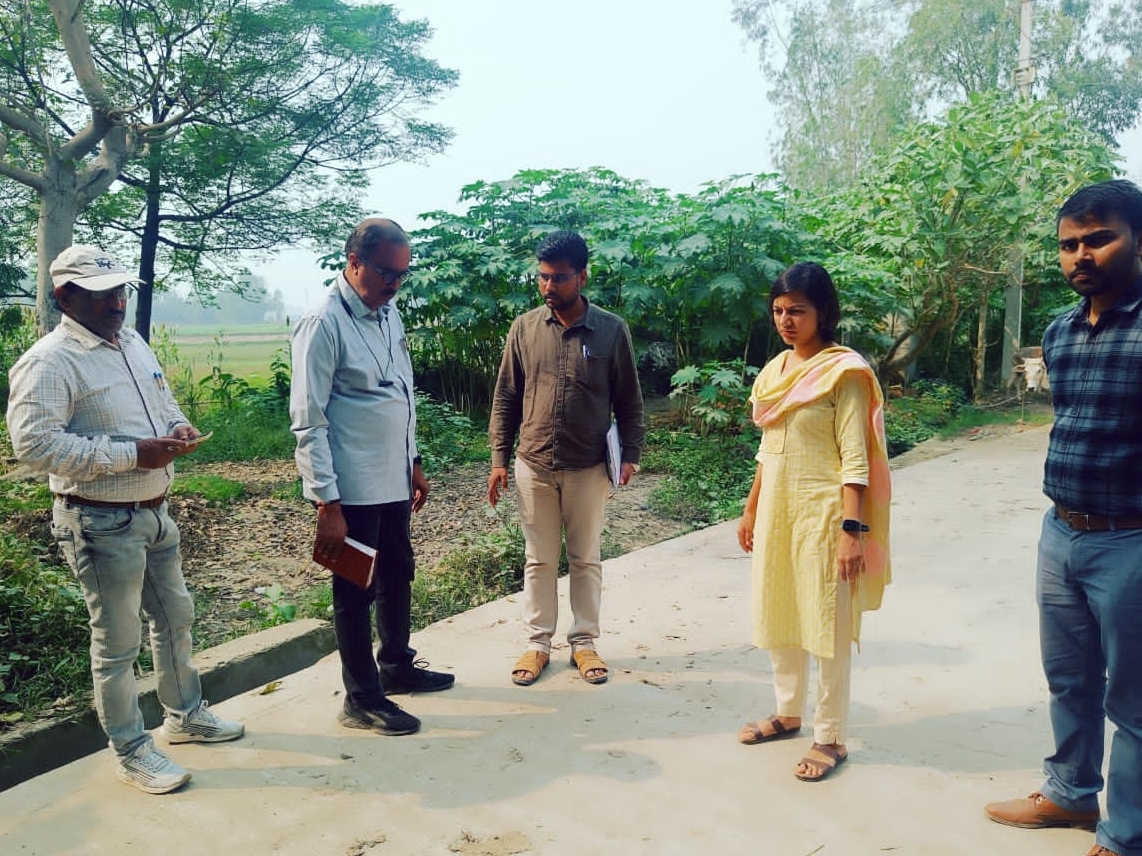 CDO found flaws in inspection, instructions given to take action against officers The construction of roads in Hardoi became the gift of corruption