A meeting of the Kerala Congress (M) [KC(M)] high power committee, which was held here on Tuesday, came down heavily on the Communist Party of India (CPI) for its report on the recent Assembly elections, which finds fault with the regional party for Left Democratic Front’s (LDF) losses in Pala and Kaduthuruthy seats.

The meeting also accused the CPI of nursing an unfounded concern over loosing its position within the LDF to the KC(M).

Terming the findings in the report as childish, the meeting noted that the CPI had the responsibility to dismiss those observations if it had not prepared the report. Many a remarks in it were baseless and contradicted the analysis carried out by the CPI(M) on the seats lost, it noted.

For instance, KC(M) chairman Jose K. Mani had doubled his majority while contesting to the Lok Sabha for the second time. Similarly, the party had succeeded in bringing down the majority in Kaduthuruthy Assembly segment from 44,000 votes to just 4,000

“One should not forget that fact that many of those who are now busy judging the popular base of Mr. Mani have lost many elections. The CPI should also examine if it lost the seats such as Muvattupuzha and Karunagapally as it candidates lacked popular support,” noted one leader.

Urging the CPI leadership to inquire with Vazhoor Soman, the CPI legislator from Peerumedu, as to whether it had received the KC(M) support, it also asked the CPI to introspect whether the KC(M) candidates received votes of the CPI in return.

‘No change in attitude’

Assessing that the CPI’s attitude toward KC(M) has not changed despite the latter switching to the LDF, it pointed out that the CPI(M) and other constituent parties, however, were thoroughly convinced of the benefits from its association.

Mr. Mani and general secretary Stephen George were among those who attended the meeting.

With the KC(M) strongly hitting back, the tussle between the CPI and the regional party within the coalition looks set for a flare-up in the coming days.

The skirmish between the two parties reportedly began ever since the CPI had to cede the Kanjirappally seat in Kottayam to the KC(M)during the recent Assembly elections. 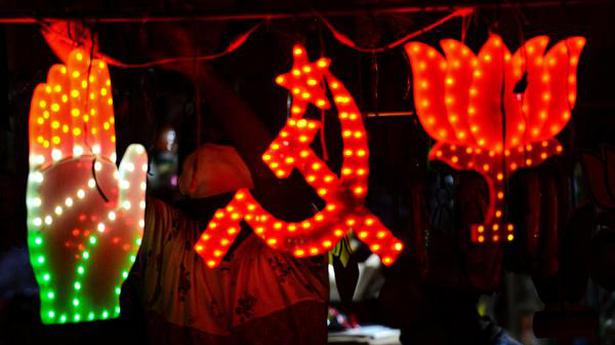