Chief Minister K. Chandrasekhar Rao lost his cool at a public meeting at Haliya on Wednesday when some people tried to distract his speech by waving papers.

“Stay calm or just leave, no one would be affected if you are trying to disturb. There will be many dogs like you,” an annoyed Chief Minister said of the few who tried to distract him. “You are not even a handful, you will be turned into dust,” he said, and ordered the police to remove them .

Mr. Rao, at the same time, noted that leaders from Congress and the Bharatiya Janata Party in recent times were behaving as if they have lost control.

He described the BJP leaders as “new beggars”, and said they should not indulge in senseless activities and disturb the atmosphere, but organise a public meeting for the people to decide.

“There are limits to patience, if you cross them, we know what we should do,” he warned.

The Chief Minister also cautioned people to be aware of “political jackals”.

Lashing out at the Congress, he said the grand old party was responsible for the backwardness of Nalgonda. He said development programmes of the government like Mission Kakatiya were labelled as “ projects for commissions”.

While the TRS was Rythu Bandhu, the Chief Minister termed Congress as “rabandhu (vultures), under whose regimes farmers committed suicide. “Loot was yours, blame is on us,” he said of the Congress leaders. 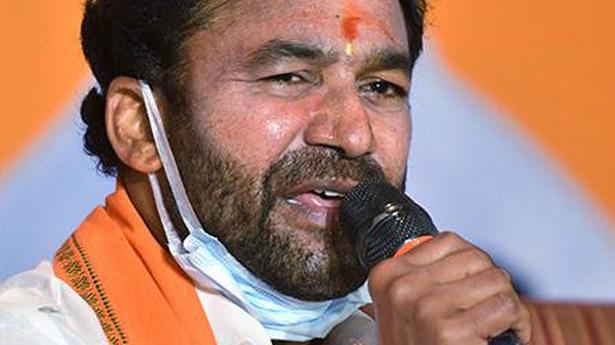 KCR has to explain about info source on possible violence, says Kishan Reddy