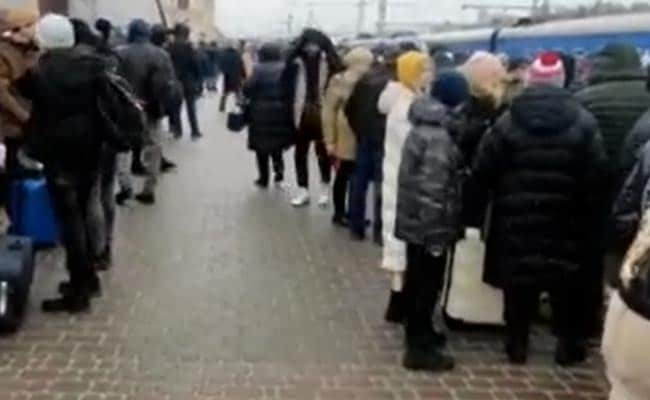 The ministry said each designated group or squad of Indians should keep a white flag.

The Ministry of Defence on Thursday evening issued a list of dos and don’ts for Indians stuck in war-torn Ukarine’s Kharkiv as “potentially dangerous or difficult situations” are “to be expected” in the city.

In a statement, the ministry said each designated group or squad of Indians should keep a white flag or white cloth for waving.

Conserve and share food and water, it suggested, adding that they should stay hydrated, avoid full meals and eat smaller portions to extend rations.

Aerial raids, attacks by aircraft or drones, missile attacks, artillery shelling, gunfire by small arms, grenade explosions are few of the “potentially dangerous or difficult situations” that are “to be expected” in Kharkiv, the ministry said.

In the list of dos, it said Indians stuck in Kharkiv must keep a small kit of essential items on person or at hand round the clock.

“If you find yourself in an open area or field, melt snow to make water,” the ministry of defence (MoD) added.

If available, keep one large garbage bag per person to use as ground matting or cover against exposure to rain or cold or storm or during forced march or evacuation, it suggested.

India has been evacuating its citizens from Ukraine’s western neighbouring countries such as Romania, Hungary and Poland since February 26. However, a section of Indians — mainly students — are stuck in Kharkiv, which is in eastern Ukraine closer to the Russian border.

The ministry advised that Indians should organise themselves in small groups or squads of 10 Indian students and within that “organise buddy/pair system/nominate a coordinator and a deputy coordinator in each group of ten persons”.

“Your presence and whereabouts must always be known to your buddy or small group coordinator,” the ministry noted.

Remain mentally strong and do not panic, it stated.

“Only coordinator or deputy coordinator should communicate with local authorities or Embassy or control rooms in India to conserve phone batteries,” it suggested.

According to the ministry, “potentially dangerous or difficult situations” that are “to be expected” include use of Molotov cocktails (including by local people or militia), building collapse, falling debris, internet jamming, lack of electricity or food or water, exposure to freezing temperature, psychological trauma, injuries, lack of medical support, lack of transportation and face-to-face situation with armed fighters or military personnel.

If injured or ill, intimate condition and seek advice from control room or helpline or WhatsApp, the MoD advised.

Delete all unnecessary apps in mobile and limit conversations to low volume or audio mode to conserve battery, it said.

The Indians should stay indoors, preferably in designated zones, basements and bunkers, it said.

“If you find yourself in the streets, then walk on the sides of the roads, close to cover of buildings, crouch low to avoid being targeted, do not cross streets and avoid city centres, downtown areas. Turn around street corners in urban areas with great caution,” the MoD said.

“Learn two or three sentences in Russian (e.g., we are students, we are not combatants, please do not harm us, we are from India),” it noted.

When stationary, do regular deep breathing and mild movement of limbs to maintain good blood circulation, it mentioned.

“Pack minimum personal belongings (other than the emergency kit) preferably in small backpack suitable for long trek or walking,” the MoD said .

Be ready to move under instructions at short notice and do not carry large bags to avoid slowing down, fatigue and crowding, it mentioned.

If stopped by military check-post or by police or armed personnel or militia, do cooperate, obey and raise your hands with open palms facing forward above your shoulders, the list said.

Movement for evacuation should be done in coordination with authorities as guided by control room or helpline, it said.

The MoD also issued a list of don’ts for Indians stuck in Kharkiv.

“Avoid stepping out from your banker or basement or shelter at all times. Do not go to downtown or crowd crowded areas. Do not join local protesters or militia. Refrain from commenting on social media,” it stated.

Do not pick up weapons or any unexploded ammunition or shells, the MoD advised.

Do not take pictures or selfies with military vehicles or troops or soldiers or check posts or militia, it stated.

“Do not try and film live combat situations. In the event of warning sirens, take immediate shelter wherever possible. If you are in the open, lie flat on your stomach and cover your head with your backpack,” it said.

The MoD said do not light fires in enclosed spaces, do not consume alcohol and refrain from substance abuse.

“Do not wear wet socks to avoid chill blains or frostbite. Wherever possible, remove your shoes and dry your socks and other wet belongings,” the list said.

Avoid unstable or damaged buildings and be mindful of falling or flying debris, it said.

“Stay away from glass windows to avoid injury from flying glass during explosions or gunfire. At check-posts, do not alarm the armed personnel by suddenly reaching for things or documents in your pockets unless told to do so,” it said.

Do not engage in sudden or jerky movements when confronted by armed personnel, the MoD stated. 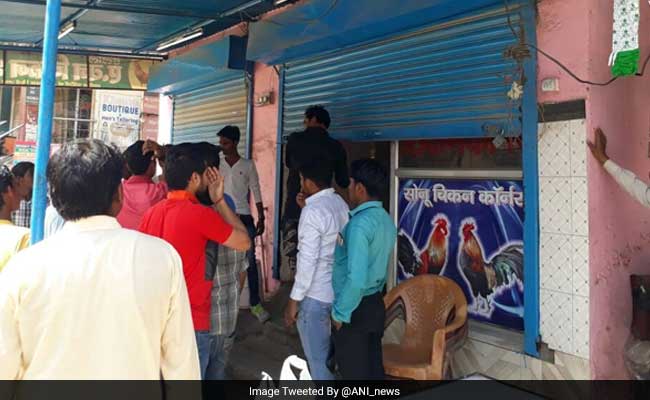 Meat Shops Should Be Shut In Delhi During Navratri: South Delhi Mayor