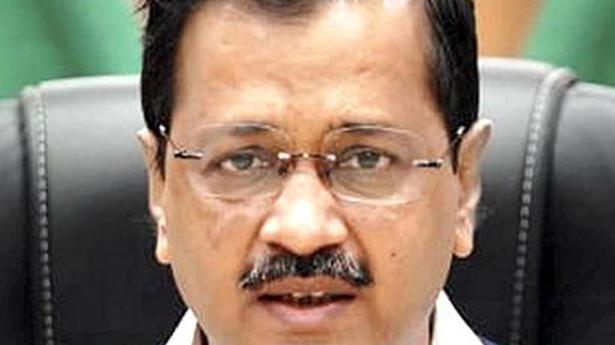 
Aam Aadmi Party claimed that they have significantly improved their vote share in the municipal elections of Gujarat and citizens of different States were “accepting” Delhi Chief Minister Arvind Kejriwal’s model of development-based politics as the key alternative.

The party also said that Congress was no longer relevant in Gujarat and it will be a battle between the BJP and AAP.

“People of Gujarat have voted for politics of work, they were fed up by the politics of the BJP and the Congress. AAP has emerged as the key alternative for the people of Gujarat. The upcoming Assembly elections will now be only between AAP and the BJP,” said Mr. Kejriwal.

Senior AAP leader Manish Sisodia said that people in all the cities of Gujarat are expressing trust in the AAP and they were at number two in Surat, which is a BJP stronghold.

“People are seeking change and looking at the Aam Aadmi Party as the key alternative. We will raise public issues on the streets as well as in the House. The people of Surat have done a great job. People of Gujarat are upset with the BJP, they do not trust Congress. People are angry with the BJP, and AAP has emerged as their only hope,” he added.

The party also said that in Gujarat, under the leadership of Gopal Italia, AAP workers worked hard and spread the message of the party from door to door and this made the difference.

“I believe that this result of AAP has a massive political significance. We all know that Gujarat has been a role model of BJP’s development. The BJP is in power in entire Gujarat, including Surat. But the people who wants change are choosing the Aam Aadmi Party as the key alternative,” said AAP Chief Spokesperson Saurabh Bharadwaj.