Kerala, which led the States to oppose the Centre’s twin options on Goods and Service Tax (GST) compensation, is on a sticky wicket as 20 States have got the nod to borrow from the open market as per Option I of the borrowing to meet the GST compensation shortfall.

Though the State is preparing the ground work to approach the Supreme Court against the Centre’s decision, as the GST Council has not taken a decision after three meetings, pressure on the States opposing the options is a concern.

Maharashtra, which stood with Kerala, has changed its stance and can now borrow ₹15,394 crore after choosing Option I that allows the State to borrow up to ₹1.1 lakh crore through a special window and principal and interest to be paid out of compensation cess. The 20 States have been allowed to borrow ₹68,825 crore.

Kerala, which was looking forward to about ₹7,000-crore GST compensation arrears from March 2020 to overcome the financial crisis, has not benefited from the compensation of ₹20,000 crore to States towards loss of revenue during 2020-21 and ₹25,000 crore towards Integrated Goods and Services Tax (IGST) of 2017-18 announced after the 42nd GST Council meeting on October 5.

While ₹915 crore reached the treasury on October 5 night itself from the ₹20,000-crore compensation towards loss of revenue, official sources say ₹834 crore from the ₹25,000 crore towards IGST of 2017-18 is yet to be made available.

The State has also not benefited from the ₹12,000-crore interest-free 50-year loan announced to States for capital projects as part of a plan to boost economic activities. Finance Minister T.M. Thomas Isaac has said Kerala will get only ₹200 crore as per the yardsticks fixed by the Centre, which was not enough to meet the goals.

Thus, the State will get only ₹1,949 crore from the compensation towards loss of revenue during 2020-2021, IGST, and the stimulus package.

K.J. Joseph, Director of the Gulati Institute of Finance and Taxation, says the approach of the Centre in evolving a stimulus package is apparently based on faulty premises and indicative of its faith in the trickle down theory. “The package will not give any stimulus. There is no guarantee that the privileged government officials will spend money on white goods. Unless the money directly reaches the needy, there will not be any stimulus,” he says. 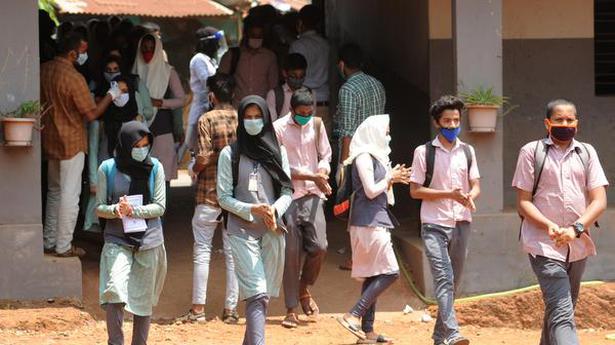 KSRTC to take a call on services to Karnataka