Kerala has emerged the preferred destination of migrant workers, mostly young men, from Thuamul Rampur, the development block with the highest incidence of poverty and largest Scheduled Tribe population in Kalahandi district of Odisha, a recent study has found.

The study on labour migration from Thuamul Rampur was commissioned by Gram Vikas, a NGO engaged in rural development in Odisha, and the Kochi-based Centre for Migration and Inclusive Development. The survey in this regard was conducted between December 2019 and January 2020 with a sample size of 440 households spread over 22 villages with 20 households from each village. Overall, about 6% of the population of Thuamul Rampur earned a living as migrant workers, found the study, which was published in November.

Over four-fifths of the seasonal migrants from nearly 26% of households went to Kerala and worked in hotels/restaurants or in the construction sector, earning an average monthly wage of ₹12,000. Similarly, two-thirds of the 95% of the current migrants outside Odisha reported Kerala as their current destination with high wages being the major attraction.

A moderate estimate reveals that Thuamul Rampur receives about ₹60 crore annually as wages to workers who have migrated. The estimated monthly remittances to Thuamul Rampur from its migrants were about ₹2.3 crore even as the majority of them preferred to stay back if they were assured of at least a minimum monthly income of ₹10,000. 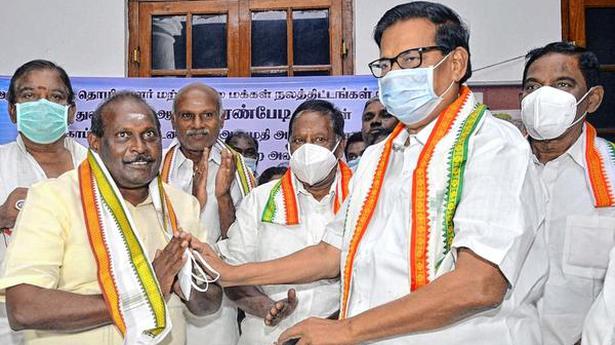 L-G should work in tandem with elected govt., says Alagiri