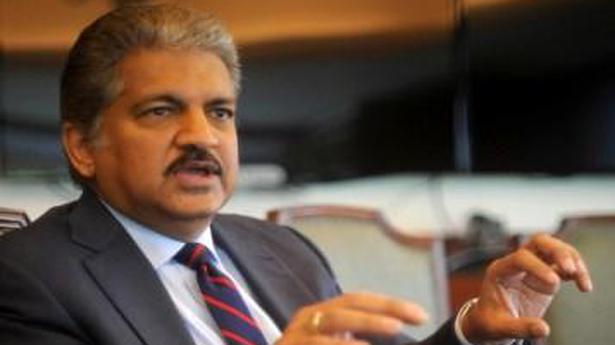 The Chairman of the Mahindra group called on the State ‘to think big’ at a special industries session organised as part of Kerala Looks Ahead, an international web-based conference.

Chairman of Mahindra group Anand Mahindra said that Kerala harboured the potential to emerge as the global hub for green business and a haven for sustainable enterprises with its commitment to environment, emphasis on human development and clean mobility initiatives. He called on the State “to think big” in this regard.

There was a tectonic shift in businesses towards sustainability over profitability. Even consumers demanded that. “Consumer capitalism”, as he called it, was a fact and consumers supported businesses that were sustainable, he said while addressing the special industries session organised as part of Kerala Looks Ahead, an international web-based conference.

He underlined Kerala’s emphasis on human development, the speed in initiating electric mobility and the emphasis on preserving its environment. These were features that held great promise as the State went ahead, he said.

Kiran Mazumdar Shaw, chairperson and managing director of Biocon Limited, said Kerala should look ahead with confidence, combining its human resource and skilled manpower with emerging areas in bio-medical research. She said that the Ernakulam and Thiruvananthapuram Cancer Research facilities could emerge as leading centres and lead the world, and Kerala could attain a premium position in the area. She also commended Kerala’s position as an Ayurveda destination and its startup atmosphere.

Kris Gopalakrishnan, chairman of Axilor Ventures, said Kerala could emerge as a 21st century model for development. Consumption-led capital had failed. It had resulted in widening inequality but Kerala could, through leveraging technology and promoting micro, small and medium enterprises, create wealth and achieve equitable distribution.

M. A. Yusuf Ali, chairman of the Lulu Group, called for the creation of an export promotion council to encourage and broaden the export base of the State. He said that the Lulu group exported about ₹400 crore worth of processed food items such as snacks. B. Ravi Pilali, chairman of RP Group, called for a campaign to spread the fame of Kerala’s tourism assets such as the beaches. He recalled that the Kovalam beach had attained global attention for its beauty in the past. Azad Moopen, chairman of Aster Medicity, said that Kerala was focussed as the destination for investments in the country. He suggested that the natural resources like fresh water were abundantly available. He also called for an NRK smart city, complete with a university to cater to the needs of the expatriate Malayalis.

Special police team to crack down on fake news