THIRUVANANTHAPURAM Till two years ago, Kerala used to depend on its neighbouring States for its regular supply of liquid oxygen for medical purposes. Its transformation into an oxygen surplus State began with the setting up of oxygen plants in the public and private sectors over the past two years and the steps taken by the Petroleum and Explosive Safety Organisation (PESO) over the past year to augment capacity and plug leakages.

On March 23 last year, the PESO nodal officer convened a meeting of the liquid oxygen manufacturers on the issues that are anticipated with the spread of COVID-19. They were also to provide daily reports on the production and storage status. Hospitals were asked to ensure that their systems are maintained properly arresting any leakages.

At present, Kerala has a production capacity of 204 tonnes per day of liquid oxygen. Inox Air products, a private sector company set up at Palakkad in 2019, produces 147 tonnes a day. The public sector Kerala Minerals and Metals Limited (KMML) set up a plant in September 2020, producing 7 tonnes per day. The Bharat Petroleum Corporation Limited plant produces 0.322 tonnes a day, while the Cochin Shipyard produces 5.45 tonnes a day. The 11 Air Separation Units (ASU) across the State produces 44 tonnes a day.

“Now, Kerala is using 79 tonnes daily, and supplying 74 tonnes to Tamil Nadu and 30 tonnes to Karnataka. As per the current situation, we are doing well. There is demand for more oxygen from the other States too. We certainly have the option to increase capacity, as plants are not currently running at 100%. The total oxygen requirements are expected to soar in the coming weeks. The Centre has now given Pressure Swing Adsorption systems for three Government Medical Colleges at Kottayam, Thrissur and Ernakulam. The systems are already installed and once this too starts working, we will be in a better position,” says R.Venugopal, Deputy Chief Controller of Explosives, PESO, Nodal officer ( Medical Oxygen Monitoring) , Kerala & Lakshadweep

The KMML till last year could produce only industrial grade oxygen, with 99.95% purity. But with the setting of a 70-tonne-a-day day oxygen plant in October last year, out of which 10% is liquid oxygen for medical purposes of 99.99% purity, it is also contributing to the State’s surplus.

“We started work on the new plant two years back and it got completed in October, after the onset of the pandemic. Since then, we have supplied around 1000 tonnes of oxygen to hospitals through three agencies. We also have a 100 tonnes storage tank,” says J.Chandrabose, MD, KMML.

Mr.Venugopal says hospitals across the State should use more cylinders, supplied from the ASUs, rather than depend on liquid oxygen. The PESO has also written to the Kerala State Electricity Board to provide uninterrupted round-the-clock supply to the ASU plants to ensure constant production. 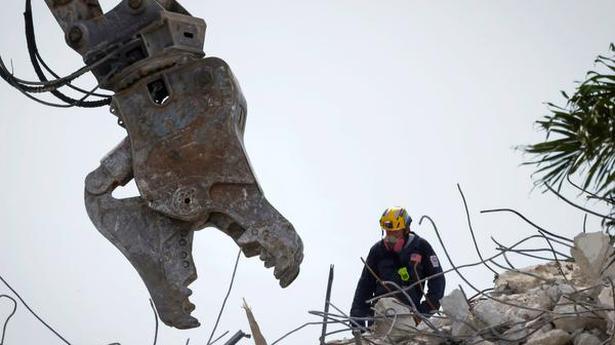 Florida condo collapse: Death toll rises to 28 after another victim found in rubble 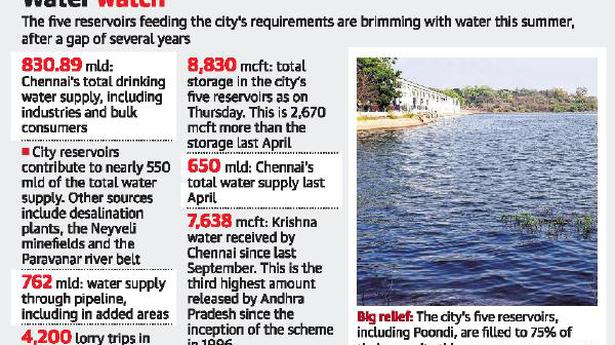 With sufficient storage, city may escape water shortage this summer