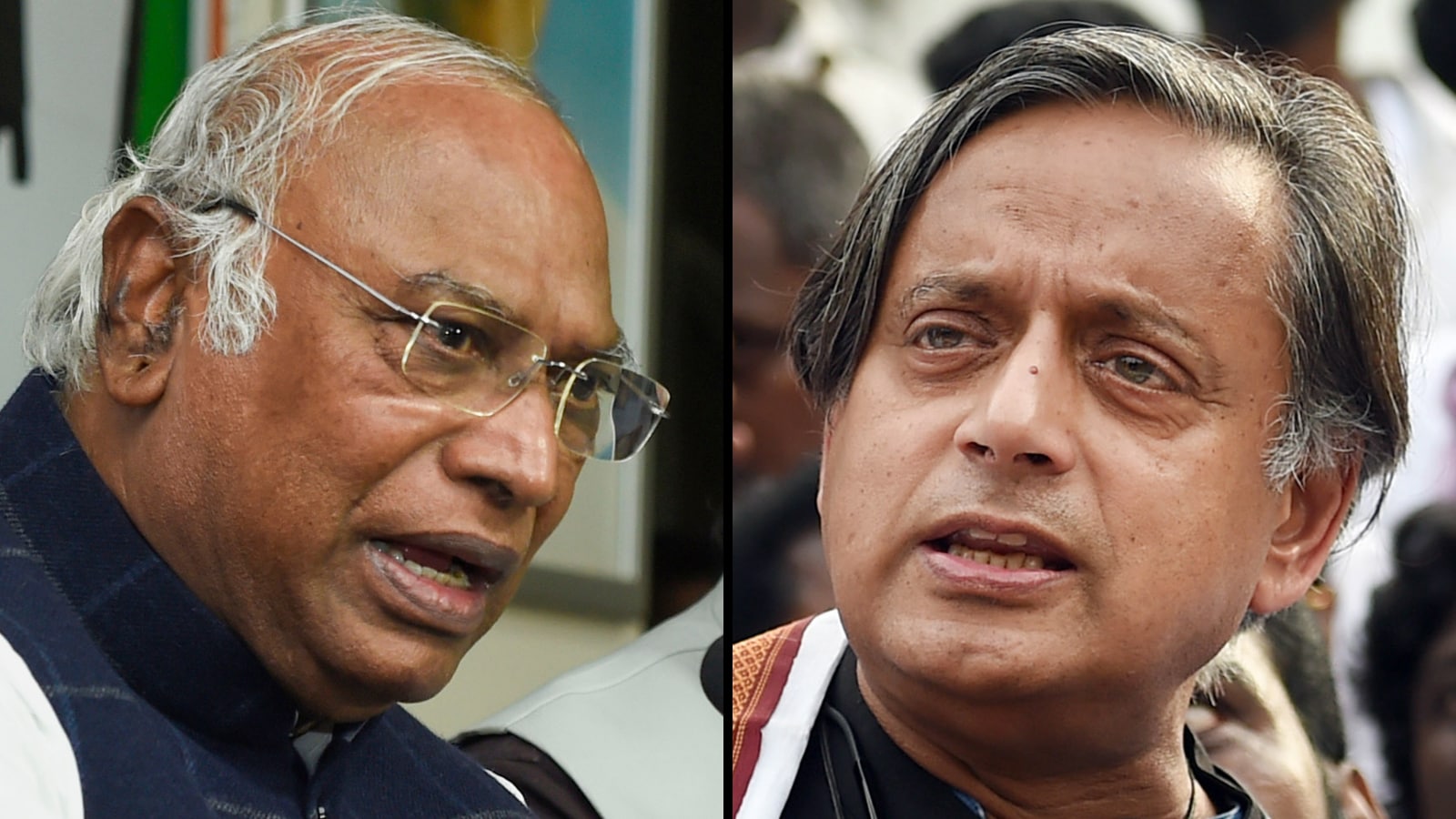 
After years of demands and delays, the stage is finally set for the Congress party presidential election scheduled to take place on Monday, October 17, where senior leaders Shashi Tharoor and Mallikarjun Kharge will face off for the top job. The contest between party veteran Kharge and high-profile MP Tharoor is a crucial one as the party gets set to have a non-Gandhi president in over 24 years.

Over 9,000 Pradesh Congress Committee (PCC) delegates from the electoral college will pick the party chief in a secret ballot. Voting would also take place at the AICC headquarters in Delhi and at over 65 polling booths across the country between 10 am and 4 pm, in an electoral contest which is taking place for the sixth time in the party’s 137-year history.

While party chief Sonia Gandhi and Congress general secretary Priyanka Gandhi Vadra are expected to vote at the AICC headquarters in Delhi, Rahul Gandhi will be voting at the Bharat Jodo Yatra campsite in Karnataka’s Sanganakallu in Ballari along with around 40 other Bharat Yatris who are PCC delegates.

Congress veteran Mallikarjun Kharge and Thiruvananthapuram MP Dr Shashi Tharoor are two candidates in the fray for the top post in the party, Earlier, Rajasthan Chief Minister Ashok Gehlot and former Madhya Pradesh Chie Minister Digvijaya Singh had also announced their candidature for the post. However, while Singh backed out and became the proposer for Kharge, Gehlot had to withdraw after turmoil started in the Rajasthan unit of the party.

Tharoor has also admitted that in most states, except in Madhya Pradesh recently, senior leaders have rallied behind Kharge and said that the open support to his rival candidate has disturbed the level-playing field.

Tharoor, who is building his campaign on “Think Tomorrow, Think Tharoor” tagline on social media, has received the support of young leaders like Sivaganga MP Karti Chidambaram, Kishanganj MP Mohammed Jawed and Nawgong MP Pradyut Bordoloi for his nomination.

Tharoor had said that he and Kharge are colleagues and no matter who wins it would be the victory of the party. Kharge had also referred to Tharoor as his younger brother and said there are no differences between them.

Over 9,000 delegates for the party’s electoral college will cast their votes at 66 polling booths across the country between 10 am to 4 pm on Monday. The delegated will cast their votes with a ‘tick’ mark for the candidate they support, Madhusudan Mistry, Central Election Authority chairman of the Congress, told news agency ANI.

As per Mistry, arrangements have been made for smooth polling. After the polling is over, the ballot boxes will be collected and sent to Congress headquarters in Delhi, where the counting of votes will be held on October 19, he added.

“Ballot boxes will reach Delhi on October 18 and the counting of votes will be done on October 19. A polling booth was set up at AICC as well, where over 50 people will vote. The whole polling process will be fair and free, no doubt about that,” said Mistry.

For the first time, Congress’ Central Election Authority has distributed special QR-coded ID cards–on the lines of the Election Commission of India’s voter ID cards– to the delegates. Those delegates who have the QR-coded ID cards will be allowed to cast a vote. The party has enrolled around 6 crore new members. According to Congress’s data department chief, Pravin Chakravati, the ID card has been brought in to ensure transparency.

Both candidates have run an elaborate poll campaign to woo party voters. The campaign being run by Tharoor is called “ThinkTomorrowThinkTharoor”, while the official theme of Kharge’s campaign is #KarykartaKharge and #KarykartaSeCongressKarykartaKharge

Kharge has said that he did not have any separate poll manifesto and his only agenda is to implement the declaration adopted by the party at the Chintan Shivir held in Rajasthan earlier in the year. The Congress had held a three-day brainstorming session ‘Chitan Shivir’ in May in Rajasthan’s Udaipur to evolve the party’s strategy for its overhaul and revival in the wake of a series of electoral defeats.

He promised to offer 50 per cent of party posts to those below 50 years of age if he wins the poll. Kharge said he believed in a collective approach and in taking along everyone, including youth and women and would work with all members to take the party to new heights.

The octogenarian further said he would take efforts to resolve issues concerning farmers, workers, SC, ST, OBCs, minorities and small businessmen. He also said there should be a fight against PSUs disinvestment, rising unemployment, decline in rupee value, price rise and GST on essential items.

Pointing out that the condition in the country is “bad”, Kharge said he is contesting the election for the party president’s post “to fight against the BJP and accused the ruling party of “weakening” autonomous bodies, such as the Central Bureau of Investigation (CBI), the Enforcement Directorate (ED) and the income tax department.

Meanwhile, Tharoor stated that leaders like Kharge cannot bring change and will continue the existing system, and promised to bring change in the party as per the expectations of workers.

He suggested that the Congress must rejuvenate itself, particularly by bringing in fresh faces and young blood into its leadership at all levels—village, block, district and state as well as national. The Thiruvananthapuram MP proposed the decentralisation of the organisation and said the Congress must give real authority to the PCC presidents and empower grassroots office-bearers of the party.

In his manifesto, he said that the Congress must have a full-time president who is accessible to all and suggested five Vice-Presidents from different regions. Tharoor also pledged to implement the Udaipur declaration including the “one person one post” rule, term limits for party positions, 50% tickets for those under 50, and increased representation for women, youth, SC/ST/OBCs and minorities in party position.

With more than 50 years of experience in politics, Kharge has been elected MLA nine times in a row and is often pitched as a Dalit leader by his party colleagues. Kharge started his political journey as a union leader in his home district of Gulbarga, now Kalaburagi, in Karnataka, and since then has seen a sturdy rise in his political graph.

Tharoor, on the other hand, had a high-profile diplomatic career at United Nations before entering politics. He hails from the Nair community of Kerala and has studied at premier institutions in India and the US. 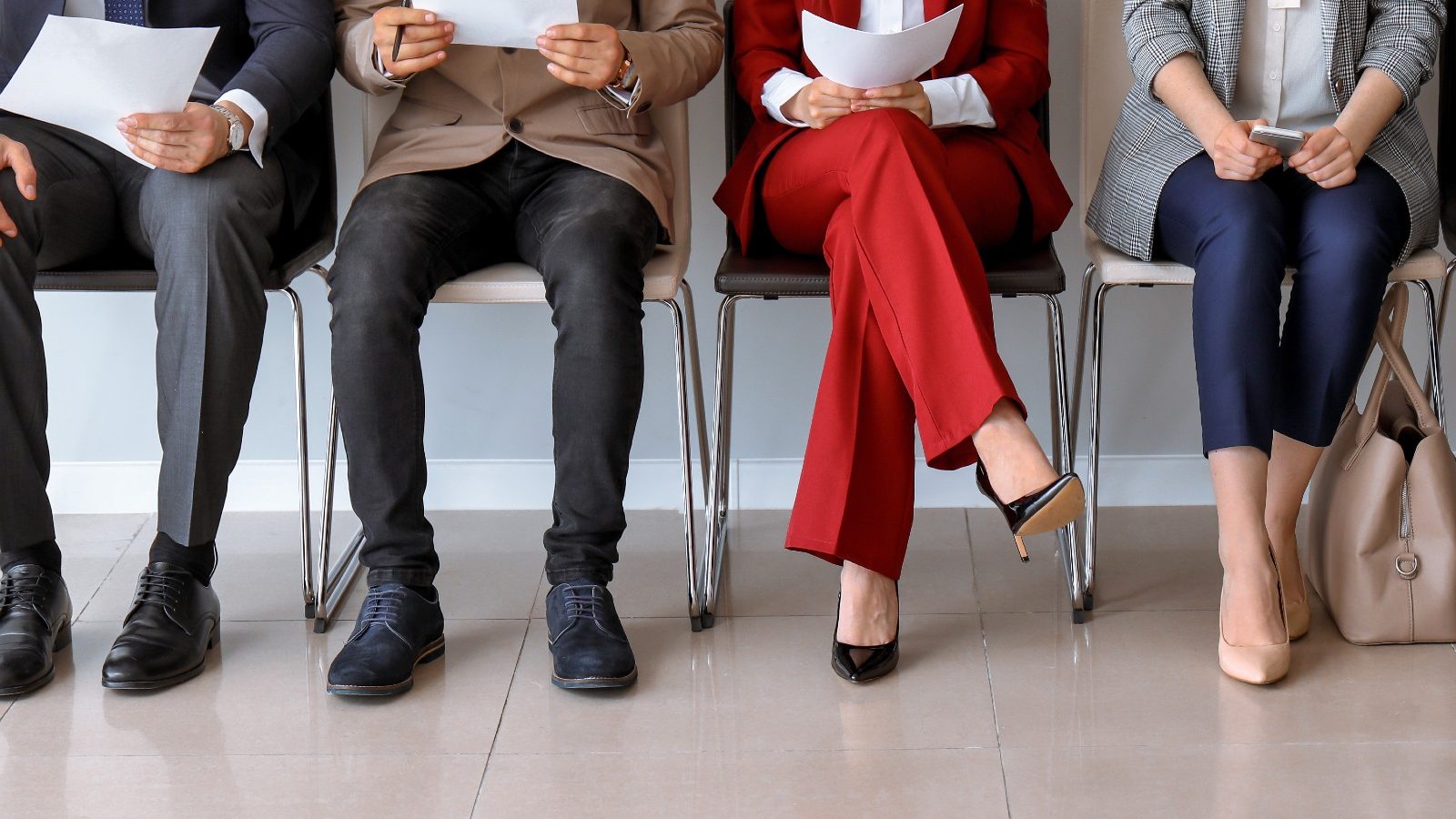 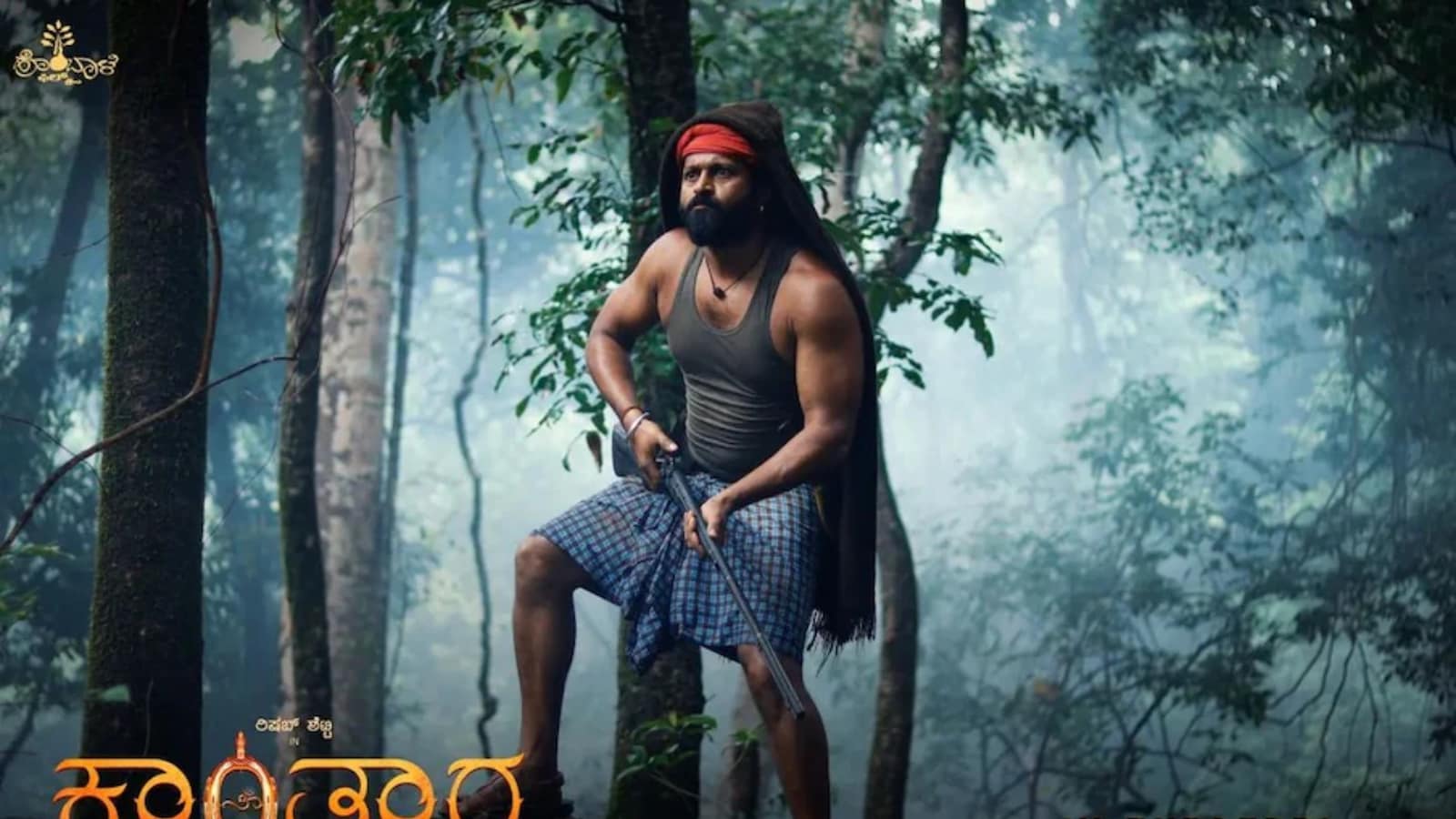