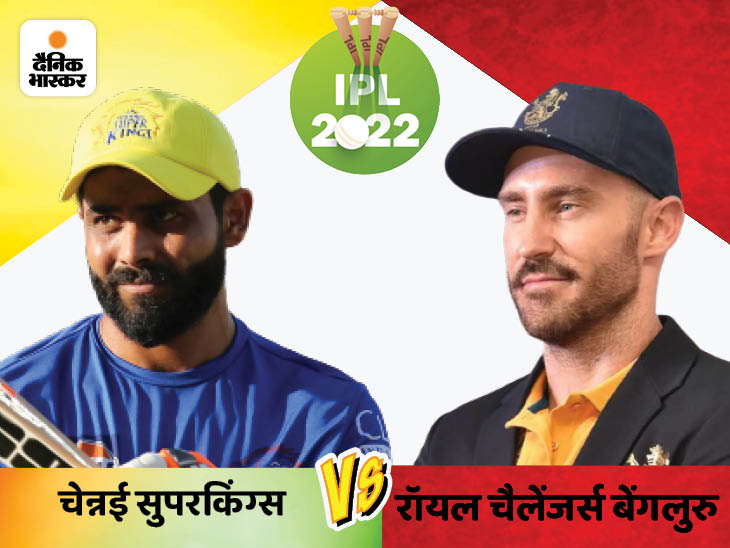 Chennai Super Kings (CSK), who have lost four matches in a row since 7:30 pm at the DY Patil Stadium in Mumbai today, will face the Royal Challengers Bangalore (RCB) running in great rhythm. The competition is also expected to be interesting because Faf du Plessis, who won the IPL last season to CSK, will be on the field as the captain of RCB this time.

Chennai ahead of Bengaluru in head to head
Till now the teams of Chennai and Bangalore have faced each other in IPL 28 times. In these, Chennai has won 18 times and Bengaluru 9 times. One match ended without a result. RCB has scored the highest 205 and the lowest 70 runs in an innings against CSK. At the same time, CSK has scored maximum 208 and minimum 82 runs against RCB.

Talking about Chennai, captain Ravindra Jadeja has not been able to show a better game for the team this season. Perhaps the announcement of the name of the new captain a day before the start of the tournament was not in the interest of the team. Deepak Chahar’s injury has had a very bad effect on the team’s combination. The opposition teams are getting off to a good start due to the absence of wicket-taker bowlers in the power play for CSK. The lack of yorker specialist bowlers in the death overs is also taking a toll on Chennai.

Chennai has lost its matches from Kolkata, Lucknow, Punjab and even Hyderabad, which is considered weak. However, Chennai had defeated Bengaluru both times last year and in the last six matches, Chennai has won four times. In such a situation, with the support of history, the team of Chennai can breathe a sigh of relief. But the biggest problem for him will be the captaincy of du Plessis. Faf is aware of every strategy of CSK and will go into today’s match with preparations for a counterattack.

Chennai based on Mahi Magic

In 29 innings, Dhoni has scored 836 runs for CSK against RCB. During this, 46 sixes have come off his bat. Chennai will be hoping for Mahi Magic in today’s match as well. Ambati Rayudu is only 2 runs away from completing 4,000 runs in IPL career. Rayudu would like to make this occasion memorable by playing big innings.

The best bowling performance from CSK has been captain Jadeja, he took three wickets for just 13 runs in 4 overs. Even today he would like to repeat that performance.

Bengaluru will go down to maintain the winning streak

Bengaluru bowlers came under heavy criticism after they failed to defend 205 against Punjab Kings in the first match. But in the next 3 matches, the team defeated KKR, RR and 5-time winner MI on the basis of all-round performance. In 4 overs against Rajasthan, Harshal Patel took one wicket for just 18 runs at an economy of 4.5. Harshal, who won the Purple Cap with 32 wickets last season, can prove to be the trump card for RCB this year as well.

While captaining the IPL for the first time, Faf has appeared to be a very confident leader. Due to his contribution to the team with the bat, his importance has increased in the team. In today’s match, history is definitely with CSK, but form is with RCB. In these circumstances, it will be interesting to see what the Royal Challengers do to maintain the winning momentum of their team. 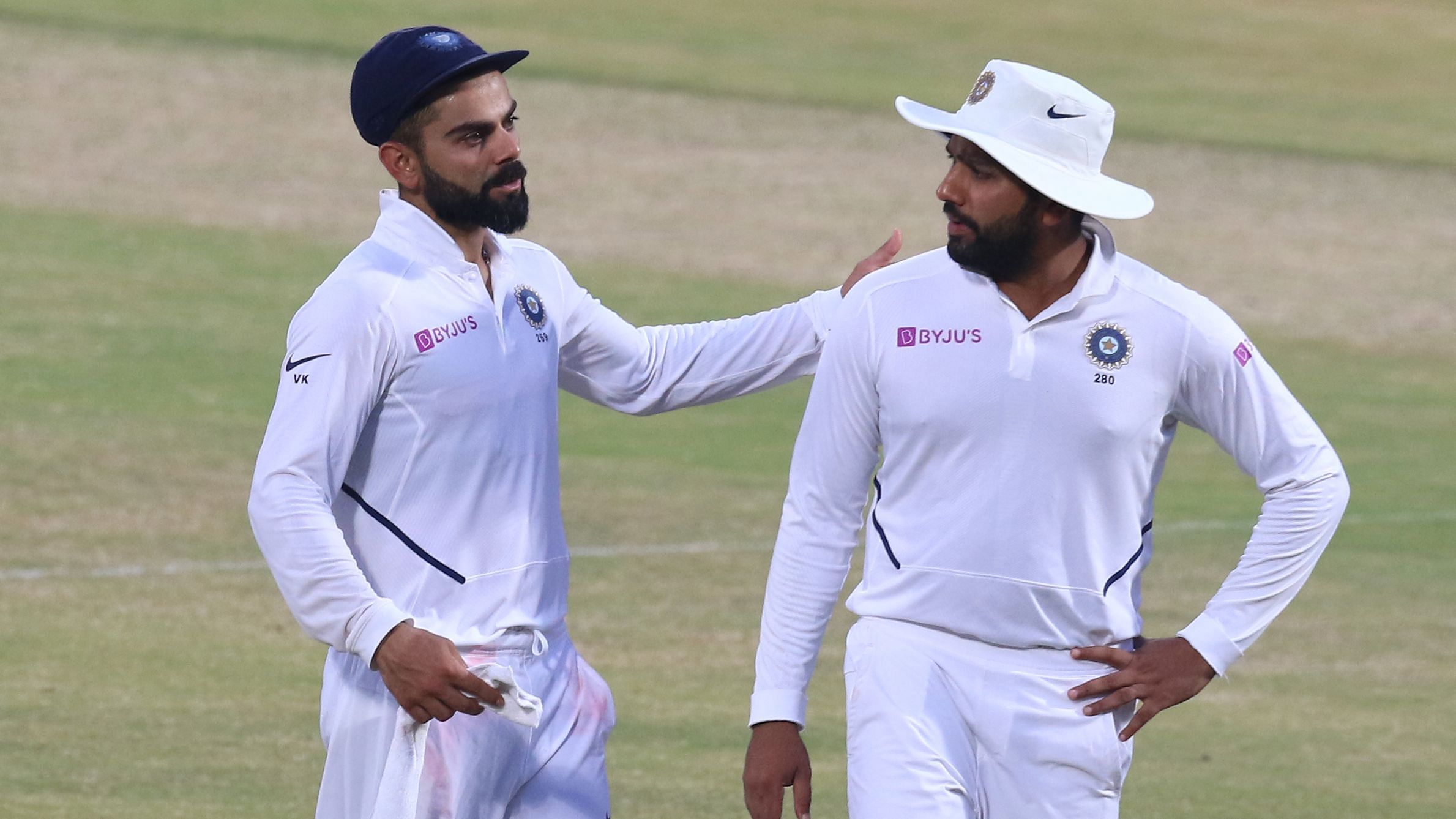 Who after Virat?: Will Rohit become the captain of Team India in all three formats or BCCI will hand over the command of Test to Rahul 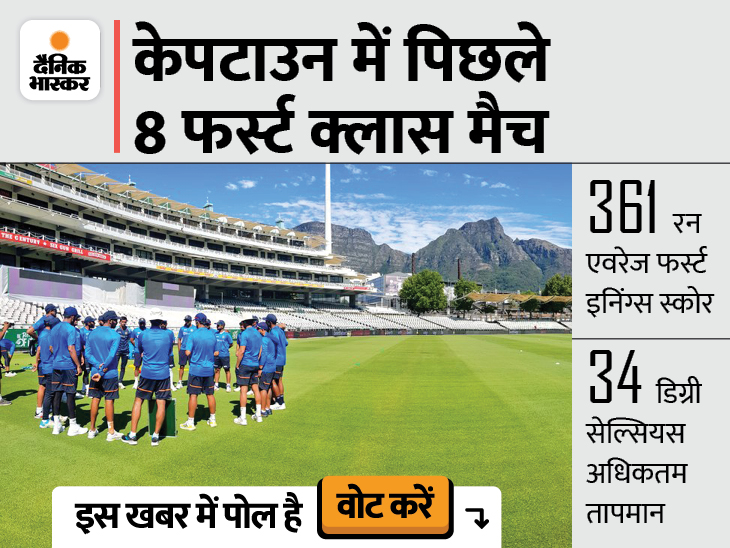 Runs will rain in the third test: India-South Africa decisive match from today in Cape Town, the pitch here is better for the batsmen 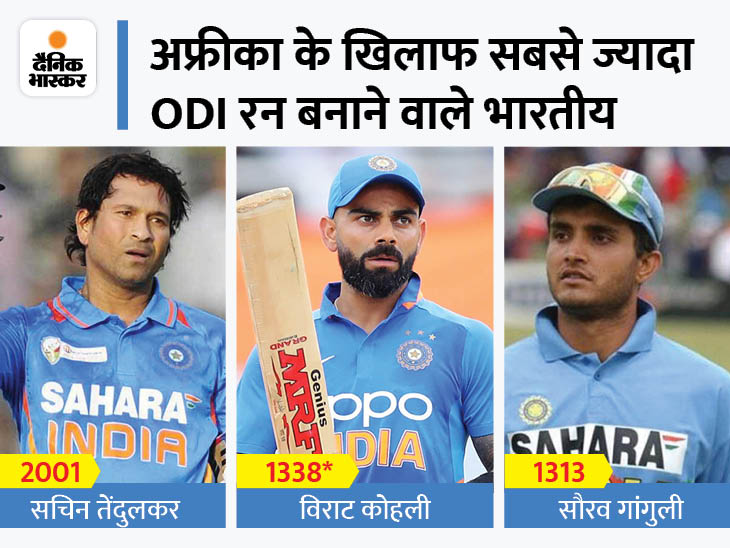