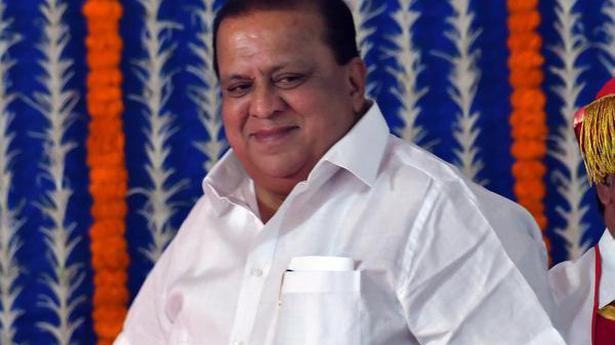 Minutes after Mr. Somaiya’s allegations, Mr. Mushrif, an influential leader from Kolhapur, said he would file a ₹100-crore defamation suit against the BJP leader at the Kolhapur district court within the next fortnight.

“Mr. Mushrif and his family, including his son, have created companies which in turn have had transactions with Kolkata-based shell companies. Their financial transactions shown in their bank accounts receiving income from those companies which did not exist,” alleged the former BJP MP, who is also vice-president of the party’s Maharashtra unit.

Mr. Somaiya, who has been targeting senior leaders in the Uddhav Thackeray-led Maha Vikas Aghadi government with alleged scam exposes, said he has already filed a complaint and submitted documents with Income Tax authorities in Mumbai and was in the process of giving documents to the Enforcement Directorate.

Last week, the BJP leader had threatened that he would be firing a salvo at a senior Minister in the Thackeray Cabinet, without naming Mr. Mushrif. Mr. Somaiya has long been targeting senior Shiv Sena leader and Minister Anil Parab, submitting alleged documentary proofs before the ED in that connection.

Dismissing Mr. Somaiya’s allegations as “utterly baseless” and “without any shred of evidence”, Mr. Mushrif claimed that the BJP leader was woefully uninformed and was uttering ill-informed allegations at the behest of BJP State president Chandrakant Patil.

“Two years ago, the ED had raided my house and my properties in Kolhapur. Their searches yielded nothing…the BJP should be careful as Mr. Somaiya is sullying the party’s reputation by his phoney allegations. He cannot even read the name of my sugar factory correctly,” said Mr. Mushrif, a tall leader from Kagal in Kolhapur.

Remarking that he had had an unblemished reputation throughout his political career, the NCP leader said the BJP was playing these low political games as they had no standing in Kolhapur.

“Within two weeks, I will be filing a ₹100-crore defamation suit against Mr. Somaiya. He can lodge whatever case with whichever agency he wishes…it does not bother me in the least,” Mr. Mushrif said.

In July 2019, a team of the Income Tax Department had raided Mr. Mushrif’s residence and factory premises in Kolhapur.

At the time, it was widely believed that the raid took place owing to the NCP leader’s alleged ‘refusal’ to join the then Devendra Fadnavis-led BJP-Shiv Sena coalition government. 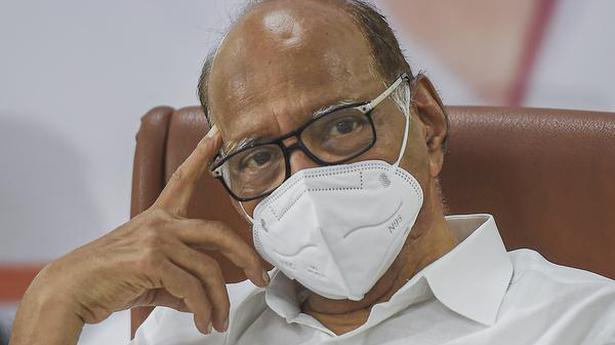 No cell phone use on duty: Bihar DGP