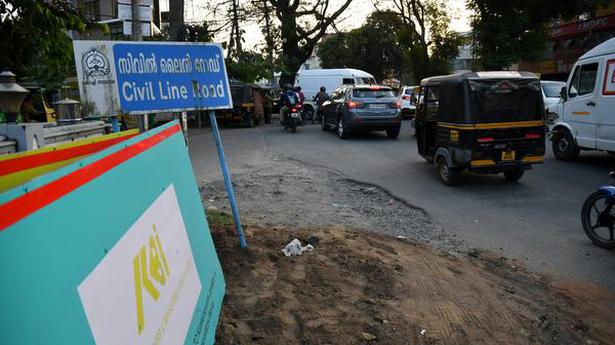 
The steep decline in passenger patronage for Kochi metro and the Centre according sanction for Kochi metro’s Infopark extension have given impetus to the long-pending demand to construct an approximately 2-km loop line extending up to Menaka or a little beyond up to Ernakulam Boat Jetty, a passenger-dense corridor.

Goshree islanders, the lawyer community, traders of Ernakulam/Broadway markets and Menaka, and also regular commuters on the corridor have for years been demanding metro connectivity, on the lines of the metro corridor which is being extended from S.N. Junction up to Thripunithura.

Responding to this, Alkesh Kumar Sarma, MD of Kochi Metro Rail Limited (KMRL), said that the metro agency is open to explore the possibility of building a loop line along the busy route. This will be taken up at the appropriate time, in a phased manner. The focus now is on completing the Pettah-Thripunithura corridor and the Pink Line up to Infopark in Kakkanad, he said.

“The metro would have recorded substantial ridership had it been routed through Menaka — as was the original plan, than through M.G. Road,” said G. Karthikeyan, president, Kerala Merchants Chamber of Commerce. Routing it through M.G. Road did not have any advantage, while at the same time affected the business of shops there. Little attention was given to the demand for an extension at least up to Menaka, although consecutive MDs of the metro agency were for it, possibly because their attention was to commission phase one, he said. Menaka connectivity for the metro gains relevance since Cochin Smart Mission Limited is expected to build a multi-rise structure to house the few hundred shops of Ernakulam Market, following which the Madhava Pharmacy Junction-Menaka stretch will turn much more busy. KMRL must give thought to this at least now, rather than wait for completion of metro’s Infopark extension, Mr. Karthikeyan added.

“Metro’s extension to the city’s passenger-dense western end will considerably benefit tens of thousands of islanders and others who commute to commercial and other places in the vast area,” said Felix J. Pulloden, president of Greater Cochin Development Watch, which has been in the forefront of developing transport connectivity from the city to Goshree islands and other areas on the north-western side of Kochi. Inadequate public transport infrastructure is a perennial problem facing islanders, especially since buses from there are not permitted into the city, he added.