Dinesh Karthik handed over the captaincy of Kolkata Knight Riders to Eoin Morgan this afternoon. Karthik said that he has taken this decision to focus on his batting. (File photo) 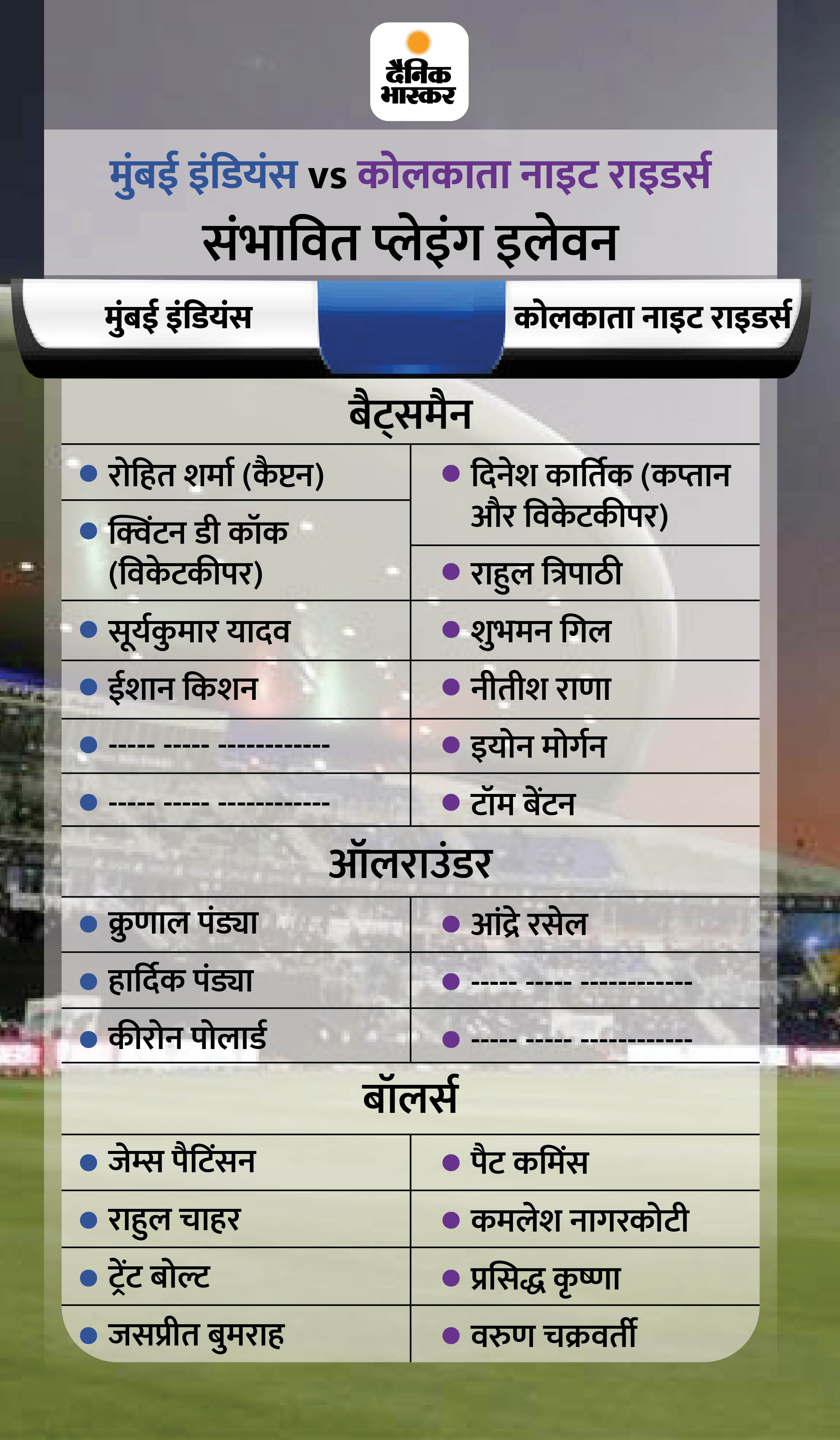 The 32nd match of the 13th season of IPL will be played in a short time between Mumbai Indians (MI) and Kolkata Knight Riders (KKR) in Abu Dhabi. Even before the match, Dinesh Karthik had announced to relinquish the captaincy of KKR. In such a situation, KKR will now be the challenge of the in-form Mumbai Indians in front of new captain Eoin Morgan. At the same time, Mumbai would like to win this match and again come on top in the points table.

Talking about the last 10 matches, KKR has always been under pressure against Mumbai. Mumbai has defeated KKR 9 times. At the same time, in the 5th match of this season, Mumbai defeated KKR by 49 runs.

Second place in mumbai points table
Rohit Sharma’s Mumbai Indians are second in the points table. He has played 7 matches so far this season, winning 5 and losing 2. He has a total of 10 points. At the same time, KKR has won 4 out of 7 seasons and has 8 points. KKR is fourth in the points table.

Shubman Gill KKR’s top scorer
KKR side young opener Shubman Gill has scored the highest 254 runs. Gill has appeared in form for the team so far. Apart from these, no batsman has scored consecutive runs. Eil Morgan (175) is the highest run-scorer in the season after Gill.

2 Mumbai bowlers in purple cap claim
Mumbai Indians’ Jasprit Bumrah and Trent Boult are the two bowlers in the top-5 in terms of maximum wickets in the season. Bumrah and Bolt have taken 11–11 wickets to their names so far. At the same time, Kagiso Rabada of Delhi Capitals tops with 18 wickets. None of the bowlers of KKR are in the T20 as well. 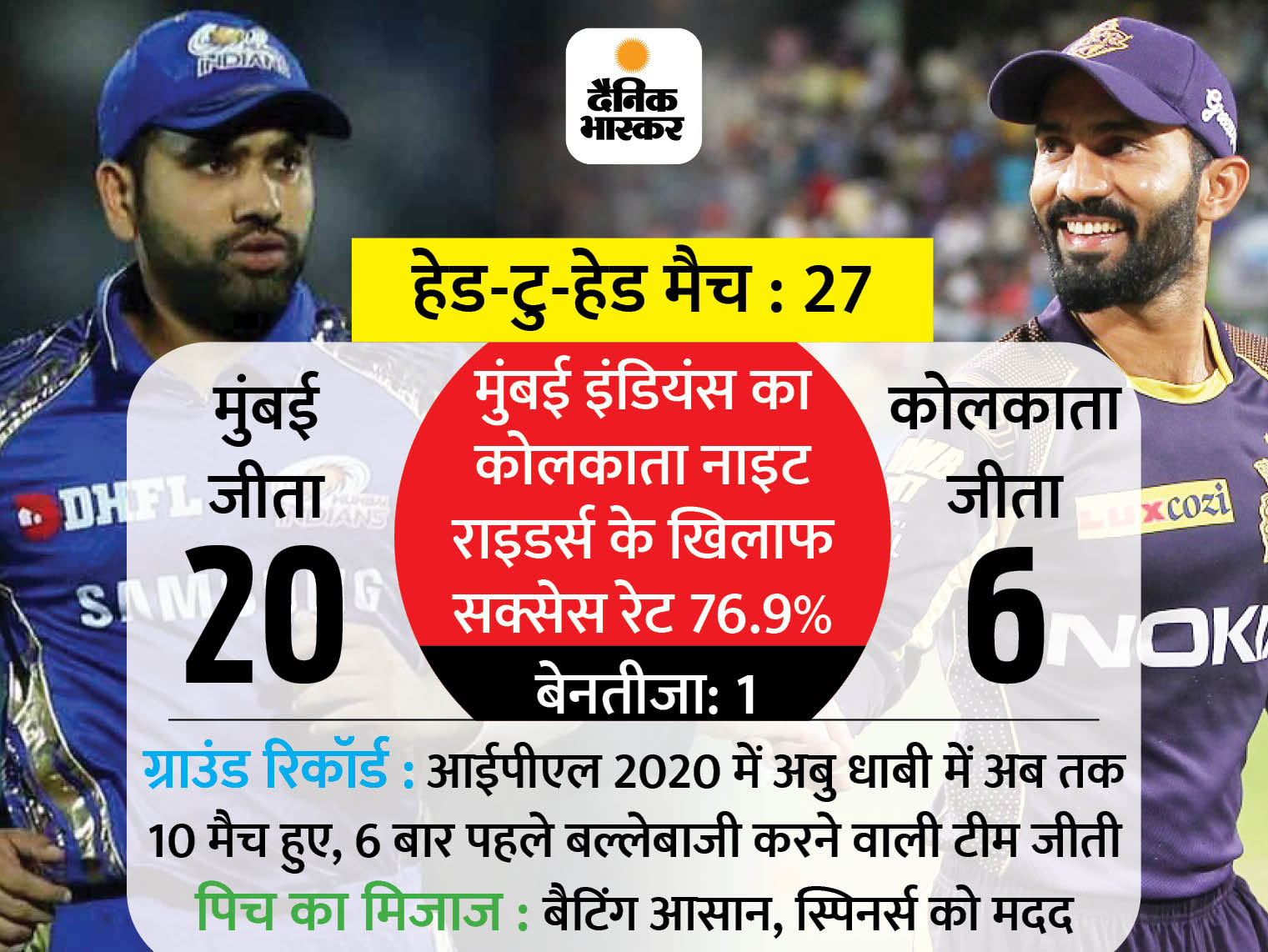 Pitch report
The pitch in Abu Dhabi may help the batsmen. Being a slow wicket here will also help the spinners a lot. The team that won the toss at the Sheikh Zayed Stadium would prefer to bowl first. The success rate of the first bowling team’s victory in the last 45 T20s before the IPL has been 56.8%.

Both need victory to stay in the tournament, Rajasthan 6th and Hyderabad 7th in points table