The Central Crime Branch (CCB) police on Thursday arrested one more person in connection with the leak of the Karnataka Public Service Commission (KPSC) first division assistant question paper. The accused, Venkatesh, is a close relative of Rachappa, one of the prime accused who was arrested shortly after the racket came to light.

“Venkatesh was also appearing for the FDA exam and is suspected to have shared the paper with others,” said a police officer. He was on the run soon after Rachappa’s arrest, but the police tracked him down to his home town in Athani, Belagavi. “We have taken him into custody to ascertain how many people he had shared the leaked paper with,” the officer added.

A day before the competitive examination was scheduled to be held in January, the police arrested a gang selling answer scripts to clients for lakhs of rupees. The prime accused in the case are Rachappa and Chandru. 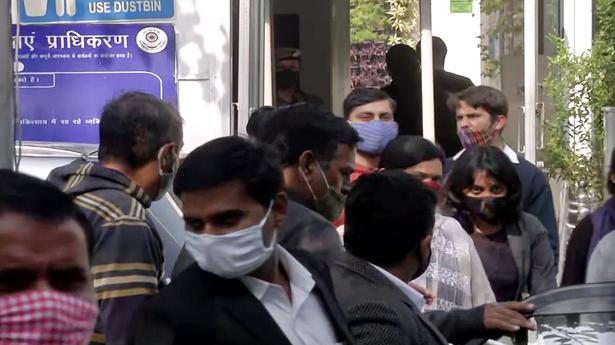 ‘Dedicated workers have no place in today’s world’

With CBI raids on Shivakumar, BJP gearing up for counter-campaign