The allegations levelled against the memorandum of understanding (MoU) entered by the Kerala Shipping and Inland Navigation Corporation (KSINC) with U.S.-based firm EMCC International India Pvt. Ltd. for a ₹2,950 crore scheme for deep sea fishing, including construction of 400 trawlers, and the State government’s decision to cancel it are surprising, sources in the KSINC have said.

There is no clause in the agreement that the trawlers will operate along the Kerala coast. Only that they were to be built by the KSINC. They can operate anywhere. The controversy will only lead to slipping away of this massive contract from Kerala’s public sector and the private sector will ultimately benefit from it.

Manufacturing of trawlers is not banned in Kerala. Already, Cochin Shipyard is engaged in building 10 trawlers for the Fisheries Department and another 20 for other States.

“The KSINC has been singled out to withdraw from the agency’s commercial activity. The Accountant General (A.G.) might seek explanation from us on why the MoU was cancelled, since it would cause loss of business worth ₹2,950 crore — the biggest work order the KSINC has received. The development has come at a time when the agency was set to receive the payment of first advance. Even worse, the government order cancelling the MoU does not mention which policy the KSINC has violated,” said sources associated with the agency.

Moreover, KSINC’s shareholders numbering about 100 could approach the Registrar of Companies against the government’s move to cancel the MoU. This ‘arbitrary’ decision of the State government will bring a loss of around ₹8 crore to the KSINC, apart from ₹2950 crore loss in turnover. 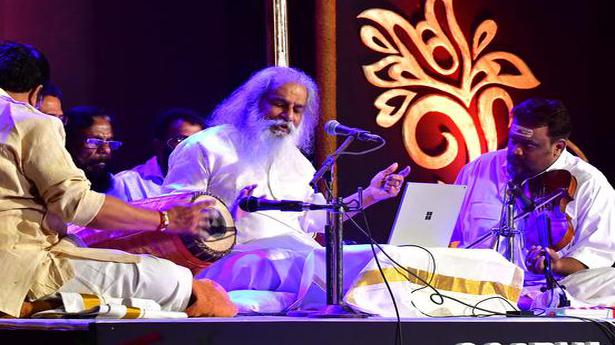 The 43rd edition of Soorya Festival in Thiruvananthapuram goes online