The Karnataka State Road Transport Corporation’s two divisions in Mysuru incurred a collective revenue loss of nearly ₹3 crore following the strike by the employees that was withdrawn on Monday.

The buses were off roads for four days causing hardships to passengers, who largely depend on the State transport buses. The inter and intra-city operations had come to a halt. Though the services resumed on Monday, normal operations were restored only from Tuesday with all the striking employees returning to work making way for running all scheduled operations and trips.

The Mysuru Rural division operates inter-city and State services. Nearly 600-700 trips are operated daily from this division alone. All these were withdrawn with the staff going on strike. Though the division tried to run limited services with some staff on day one, it did not help. These too got withdrawn following incidents of stone-pelting.

The buses on the Mysuru-Bengaluru route have maximum patronage. Passenger traffic on this route had seen improvement post-COVID-19 but was badly hit in the strike. More than 150 trips were operated between two cities post-COVID-19 and the services included Sarige, Airavata and Rajahamsa.

KSRTC officials told The Hindu that the rural division alone suffered a revenue loss of ₹2 crore. This is a large sum considering the revenue scenario of the corporation since buses had gone off roads during the lockdown causing huge losses. Also, the corporation continued to suffer losses with limited passenger movement till recently over the pandemic scare and curbs on carrying passengers to the full capacity of the buses. RTCs had to avail funds from the government to pay salaries.

In the case of urban division which operates nearly 600 trips daily, the loss is estimated at ₹80 lakh. The KSRTC slowly regained its ground after the impact from the lockdown. Prior to COVID-19, the Mysuru division revenue alone was ₹24 crore a month.

Besides improvement in passenger traffic on the intra-district and inter-district traffic, the response between Mysuru and Bengaluru was better in the absence of many trains. Passenger traffic was gloomy when the State transport was permitted to resume operations after travel curbs were lifted. The traffic, however, improved with the fall in COVID-19 cases.

Also, the number of trips between Mysuru and Bengaluru improved to over 150. However, this is almost half of the trips the KSRTC used to operate between the cities before the pandemic. Over 300 daily trips, including in AC buses, used to be operated between the two cities.

After the KSRTC was permitted to fill all seats in the bus to meet operational costs, the overheads were decreased. The frequency of AC bus services between Bengaluru and Mysuru has also improved though it does not match the pre-COVID-19 days. Employees from the IT sector used to make use of AC services. Nearly 25-30 AC buses were operated on the route earlier.

A bathroom is built here with plastic bottles 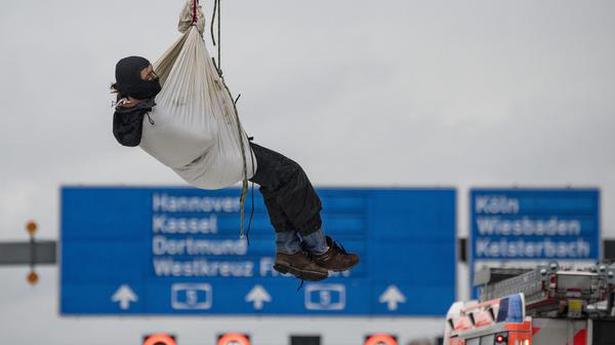