In a letter to Union IT Minister Ravi Shankar Prasad here on Thursday, he reminded that as per the requirement of the project guidelines 49,000 acres of land in three clusters (both brownfield and greenfield) were identified in Hyderabad where new IT companies and IT space developers could be encouraged to set up their development centres.

The scheme had a provision for the Government of India to pitch in with gap funding for the required trunk infrastructure from its existing schemes. Accordingly, a shelf of five projects with a total outlay of ₹ 3275 crore were identified for the Hyderabad ITIR. The Government of India accorded its approval to the proposals submitted, and also agreed to support the infrastructure proposals in two phases — 2 projects in phase I with an outlay of ₹ 165 crore and the remaining three projects in phase II with an outlay of ₹ 3110 crore.

Moreover, the entire project was also given a definite timeline, with the expected date of completion of phase 1 projects by 2018 and the remaining projects within 20 years thereafter. Regarding the first two projects approved in phase 1, the State government and Government of India were engaged in correspondence with the Ministry of Railways and Ministry of Road Transport for sanctioning additional budgets to take up these two projects. However, none of the Union Ministries responded favourably to these proposals and the two projects remained non-starters, he said.

Mr. Taraka Rama Rao said both Chief Minister K. Chandrasekhar Rao and he had written several letters and submitted memorandums about ITIR project to the Union government during the past six years. However, there was no response whatsoever from the Union government on this important initiative.

The Minister also reminded that projects such as ITIR also provide a huge boost to the Prime Minister Narendra Modi’s initiatives such as Make in India and also Atmanirbhar Bharat. “The youth of Telangana will benefit immensely from the employment opportunities that will be created due to ITIR,” said the Minister expressing hope that the Government of India will respond in the right earnest. 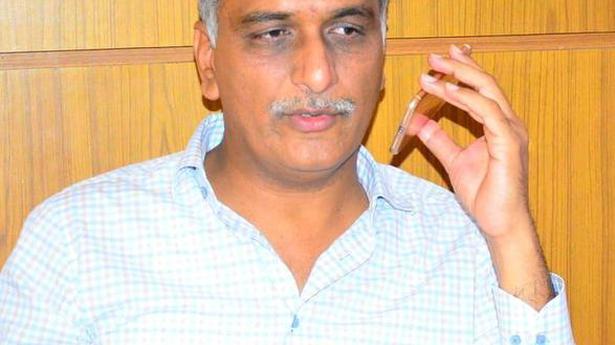