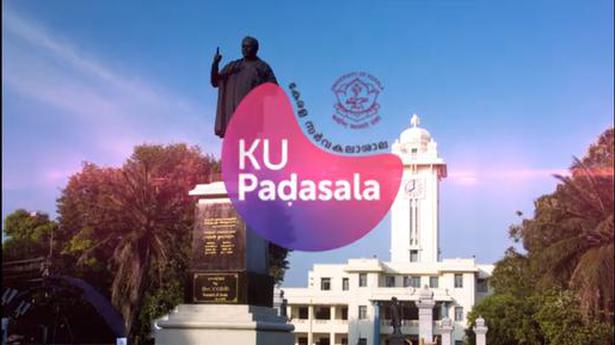 
The University of Kerala has created a repository of educational videos on diverse topics that have been prepared by academics, including its own faculty.

KU Padasala, proposed by an expert committee instituted by the university to suggest reforms in the post-COVID-19 period, also features many talks by national and international experts including Nobel laureates on an array of subjects.

Vice Chancellor V.P. Mahadevan Pillai said the facility enabled a wide reach for lectures by eminent educationists that are normally attended by a handful of participants. “KU Padasala is bound to emerge as an invaluable learning platform, even beyond the pandemic, particularly because it adheres to the university’s commitment to make knowledge accessible to all,” he said.

There are others on career planning, conducting research, job opportunities and on various labs and equipment of the university. Videos on admission procedures and basic information on issue of certificates have also been uploaded.

According to Pro Vice Chancellor P.P. Ajayakumar, KU Padasala is the result of planning and work that began around 2017 with four major workshops on academic video production and online learning organised by the School of Distance Education (SDE).

“Teachers have been given freedom to choose their mode of presentation to enhance spontaneity, clarity and ease of understanding. With new videos being regularly added to the repository, it has become a rich resource for personalised learning and for online courses including massive open online courses (MOOC),” Prof. Ajayakumar said.

S. Nazeeb, convenor of the Syndicate standing committee on academics and research, and C.A. Lal, Professor, SDE, were among the catalysts for the initiative that will likely be formally launched by the month end.

One lakh people in Kerala to get pink ration cards before Nov. 1

NIA may take up probe in parallel telephone exchange case