The university was sanctioned to Andhra Pradesh almost five years ago, as part of the assurances given by the Centre under the A.P. Reorganisation Act.

Choosing a location for the proposed Central Tribal University is taking longer than expected because of lack of unanimity among the public representatives in the district.

The university was sanctioned to Andhra Pradesh almost five years ago, as part of the assurances given by the Centre under the A.P. Reorganisation Act. Initially, the new facility was proposed at Relli village of Kothavalasa in Vizianagaram district. A boundary wall was constructed at the proposed site during the Telugu Desam regime. The Centre also gave its approval since the site was close to the Visakhapatnam airport and railway station, keeping in view the travel requirements of visiting professors. But a few months ago, the A.P. government tentatively approved a site near Kottakki village of Saluru Assembly constituency (ST Reserved).

A Central team has inspected the site and is yet to announce its decision. According to sources, the committee has expressed its doubts due to the lack of proper rail and road connectivity. The A.P. government is said to have suggested the location keeping in mind its suitability for the study of issues related to the local tribal community.

Differences among leaders of the ruling party allegedly prompted the government to opt for a new place and settle for a site near Mentada village under Gajapathinagaram Assembly constituency. It is nearly 26 km away from Vizinagaram district headquarters.

Communist Party of India’s Vizianagaram unit assistant secretary Bugata Ashok alleged that leaders of the ruling party were trying to jack up prices of properties near Mentada-Dattirajeru areas. “Students belonging to the tribal community have been eagerly waiting for the establishment of the University. But the government, which is supposed to protect their interests has been dilly-dallying the selection of site. The Central government should take a firm decision and finalise the site for the institution instead of depending on the State government,” he added. 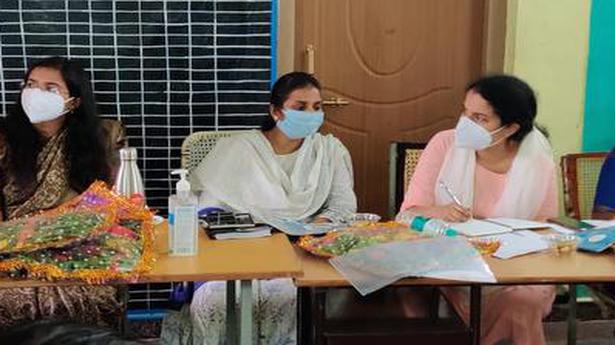