Nearly two acres of the Phalguni (Gurupura) riverbed abutting the river front road from Kulur to River Festival Venue has gradually been encroached upon by landsharks right under the nose of the district administration and the Mangaluru City Corporation.

The encroached portion once was the part of the Phalguni where local residents used to collect Maruvai (clam).

The space was later being used as a Dhakke (landing point) to unload extracted sand and gradually debris were dumped to expand the encroachment.

The stretch of the riverfront road from Kulur till Kodikal Road Junction that once had expansive mangrove forests has been witnessing gradual decline of the mangroves.

Building debris and other waste material were being dumped at the riverfront (Phalguni’s southern bank) to reclaim the land by unscrupulous elements.

Regional Director of Coastal Zone Management Authority Y.K. Dinesh Kumar said that the authority in association with the Forest Department had made several attempts to prevent encroachment of the riverbed.

Trenches were dug between the road and the river and tree saplings were planted, he added.

Yet, encroachment was continuing, he said. While the process of encroachment removal under the Coastal Regulation Zone laws takes time, the revenue authorities could get it done immediately, Dr. Kumar said and added that he would submit a report to the Deputy Commissioner immediately.

Stating that it was a dangerous trend that could completely change the course of the river, tourism entrepreneur Yatish Baikampady said that it was for the district administration to get the encroachment removed. A month ago, the corporation Commissioner had got two goods vehicles dumping debris at the location seized, he recalled.

Corporation Commissioner Akshy Sridhar said that the corporation has been penalising violators and was in the process of installing closed circuit television cameras at vantage locations to prevent further encroachment.

On removal of the existing encroachment, Mr. Sridhar said that the corporation would do it with help from the Revenue Department and the Coastal Zone Management Authority.

Meanwhile, Deputy Commissioner K.V. Rajendra said that the administration would take action and remove the encroachment from the riverbed.

Prior to that, he would get a report from the Coastal Zone Management Authority, he added. 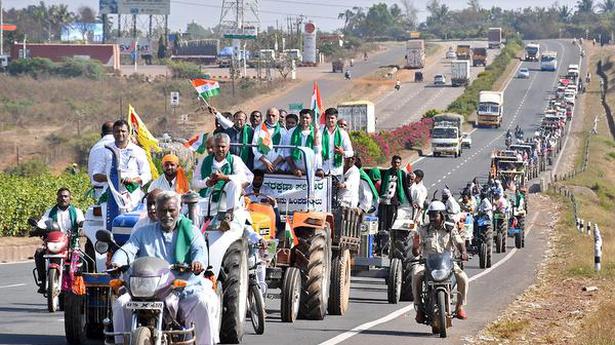