Former Chief Minister Oommen Chandy said the rule of the United Democratic Front (UDF) was a time of development and protection. However, the State was mired in violent politics, corruption, and crime under the Left Democratic Front (LDF) rule.

Inaugurating the Aishwarya Kerala Yatra being led by Leader of the Opposition Ramesh Chennithala at Kumbala in Kasaragod on Sunday, Mr. Chandy said every allegation raised by Mr. Chennithala proved to be true and that he led the procession as a winner.

The last five years of Kerala had been wasted. The government’s claim that it had made great progress was not true. There was no benefit to the country or the people, he said.

Mr. Chandy blamed that the government was providing back-door appointments and the move had affected the youth who were running for justice despite being on the Kerala Public Service Commission (PSC) rank list.

Slamming the State government, he said the UDF took a stand with the believers on the Sabarimala issue. There was still no change in that. If the UDF came to power, it would take a stand with the devotees on the issue and protect the rituals.

However, the LDF did not want to solve the Sabarimala issue. The court order was obtained at the request of the LDF government. The problems were caused by the government when it challenged the devotees. “We need to know whether the government is ready to respect the sentiments of the people,” Mr. Chandy said.

Mr. Chennithala said the State was ruled by an underworld. Crores of rupees had been embezzled in Kerala through gold smuggling, drug smuggling, dollar smuggling, and consultancy appointments. Even the ‘Chambal robbers’ would be embarrassed to see this smuggling gang. Those accused in the cases were able to penetrate very easily into the underworld of the Chief Minister that could not be penetrated even by the Ministers or common people.

Stating that it was a struggle to maintain secularism, he warned that this communal game of Pinarayi Vijayan was like burning one’s head with fire. While the Panakad family had a tradition of preserving secularism, the LDF was inciting communalism, he said.

P.K. Kunhalikutty, MP, said the UDF would rule the State for the next five years. He scoffed at the LDF’s victory in the panchayat elections and said this would not always be the case.

Mr. Kunhalikutty said the CPI(M) should stop trying to mislead and create a rift between the Indian Union Muslim League and the Congress. He also accused the party of repeating the same deeds as the Bharatiya Janata Party.

He said the solar scam case was thrown into the trash, but was now being picked up again and handed over to the Central Bureau of Investigation.

Praising the rule under Mr. Chandy, he said it was a transparent government, which did a lot of good things and there was team work. He questioned if the LDF government did any work that could be claimed monumental.

CM slams Central agencies for attempting to destabilise the government 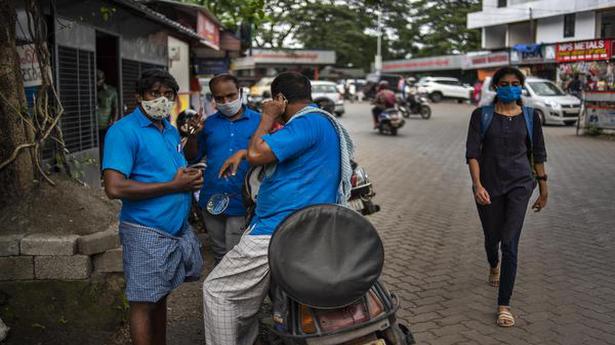